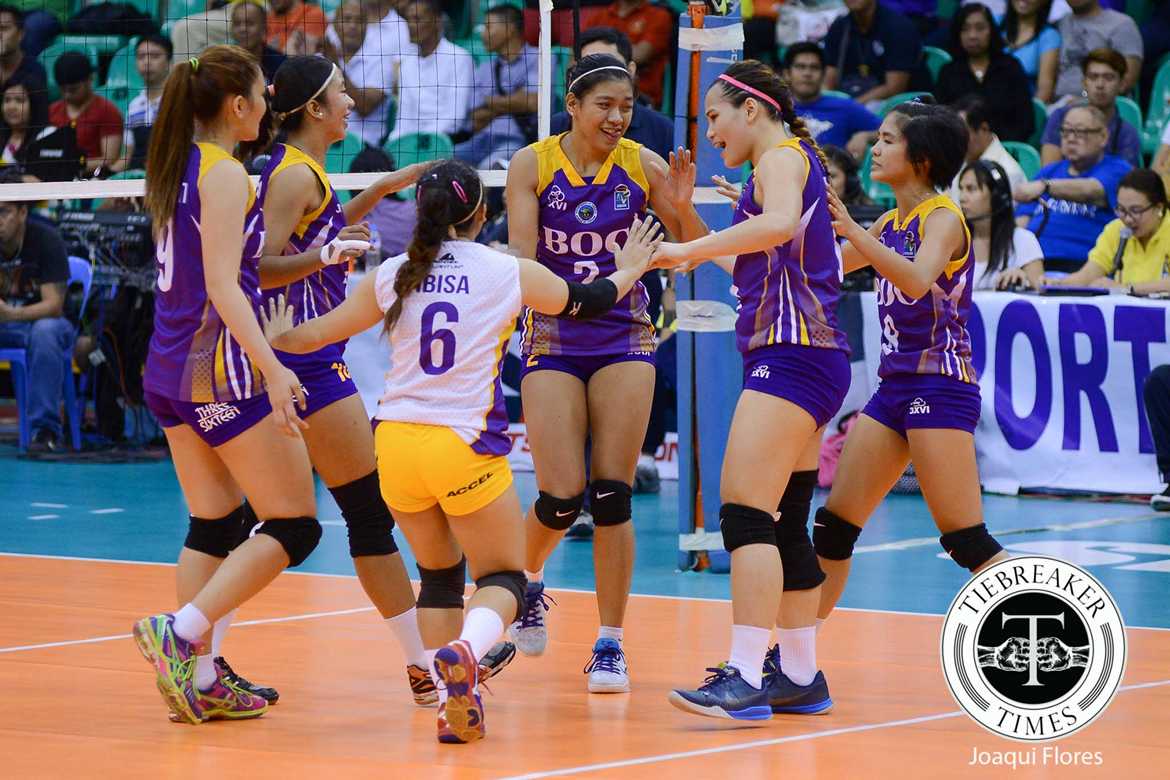 While most club teams have been together for months or even years, Bureau of Customs has only been together for a most two months. Moreover, the Transformers themselves came from different teams and even countries.

Heading into the Shakey’s V-League Reinforced Conference, Customs had encountered several eligibility problems with their imports and two local players. They were only able to field a complete team during their third match of the season, a loss to the Bali Pure Purest Water Defenders.

With Thai setter Nic Jaisaen and towering open spiker Kanjana Kuthaisong to complement their Alyssa Valdez-powered offense, the Transformers still managed to gain third seed after the elimination round.

According to Valdez, the team’s chemistry has steadily progressed as they played and practiced more. But they still have ways to go if they want to make the Finals, she added.

“The goal at the start of the season was to make the semis and now that we made it, we want to keep playing well and hopefully make the Finals,” said the three-time UAAP MVP.

“We learned na there are challenges talaga when it comes to communication since we have Nic and Som on the team. They’re really great players talaga and, at the end of the day, volleyball is a language itself and we find a way when we’re inside the court.”

In Thailand, volleyball is taught uniformly throughout the country to create a seamless transition for players as they progress to higher levels of volleyball.

Both of BOC’s Thai imports are considered key parts of the future of Thai volleyball and have trained under the National Team program almost their entire lives.

Getting the Thai players to adapt to the Pinoy style of play has been the biggest challenge. But Valdez says that, as a team, they’ve found a healthy middle ground between how the Thais are used to playing and how the coaching staff wants to play.

“Different siya with how the coaches want us to play sometimes pero na-dedevelop na namin ‘yung relationship na we know what each other wants and nakakahanap kami ng middle ground to how we want to play,” the two-time UAAP champion shared.

The Transformers will need to consistently stay on the same page against the Water Defenders, whose greatest strength is their chemistry.

“That’s what we’re really working on talaga. Sa skills, I think we’re solid. It’s going to be about focusing for us on every point, every set, and working hard to get a win.”