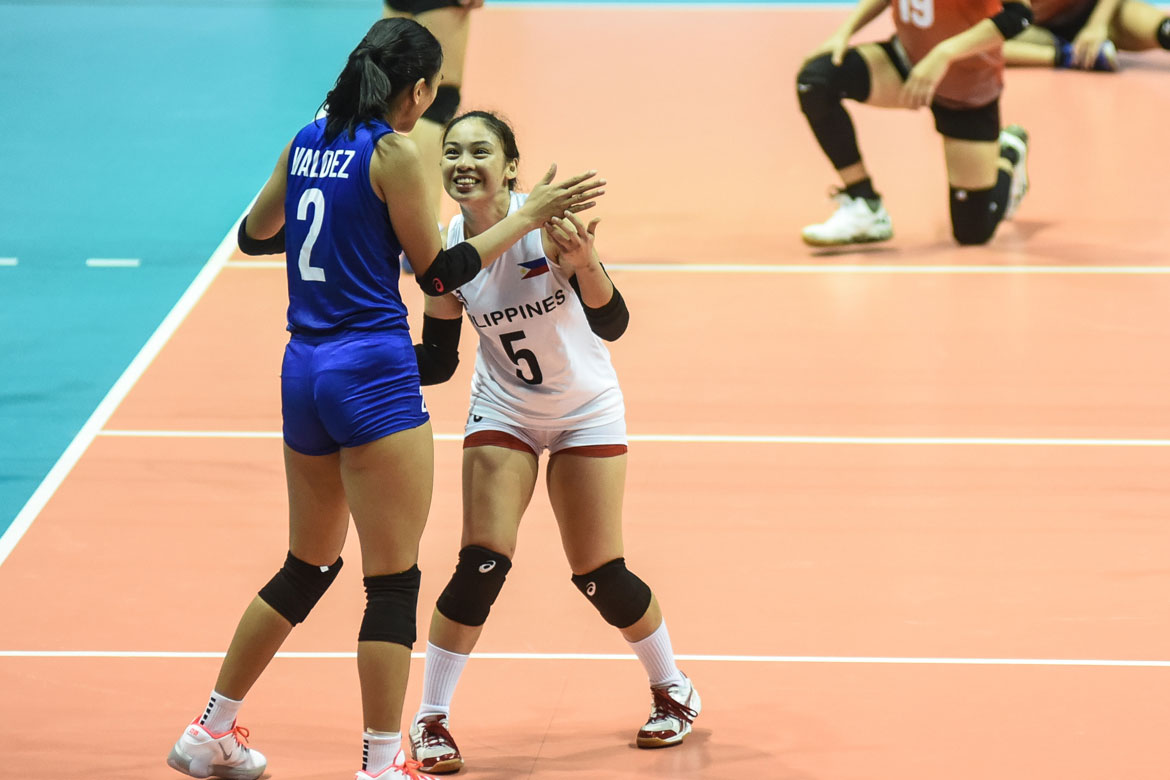 In front of a raucous home crowd, Alyssa Valdez announced her arrival in the ASEAN Grand Prix as the Philippine Women’s National Volleyball asserted its mastery of Vietnam, 25-21, 25-23, 25-21, to raise the curtains to second leg of the regional meet at the Sta. Rosa Multi-Purpose Sports Complex in Laguna, Friday.

The match started off at a frantic pace with neither team resting on their laurels. However, in the midst of a back-and-forth swing in the early goings, Valdez paced the Nationals with her airborne barrage and steady service game. She then tipped the scales further to her team’s favor, uncorking an off speedball at 22-19.

Valdez continued to flaunt her offensive brilliance in the succeeding frames, but the rest of the Filipinas Spikers were also dealing damage in their own respective ways.

Behind the towering presence of Mylene Paat, Ces Molina, Aby Maraño, and Leg I Best Middle Blocker Majoy Baron, the Nationals stifled the Vietnamese, who were without their main gunner Thi Thanh Thuy Tran.

The Filipina Spikers then sprinted to 24-20 edge in the second set, before mounting a 24-19 cushion in the decisive third stanza en route to a rousing curtain-raiser.

Molina had a stellar outing of her own. The Petron skipper hammered down 11 attacks to finish with 13 points.

#ReadMore  Monkey off of Creamline's back after beating Petro Gazz, says Valdez

Meanwhile, Baron and Paat were a force above the net. The former dispersed three kill blocks and two service bombs for nine markers, as the latter chimed in a pair of rejections to end up with 13 markers.

Maraño supplied six points for the host country. On the other hand, Jia Morado churned out the offense with 17 excellent sets, while also collecting 10 excellent digs. She helped out Dawn Macandili, who manned the floor with 22 excellent digs and 11 excellent receptions.

The Philippines will next face Southeast Asian powerhouse Thailand. Meanwhile, Vietnam will try to crack into the win column against Indonesia. Both matches will be played on Saturday, October 5, at the same venue.