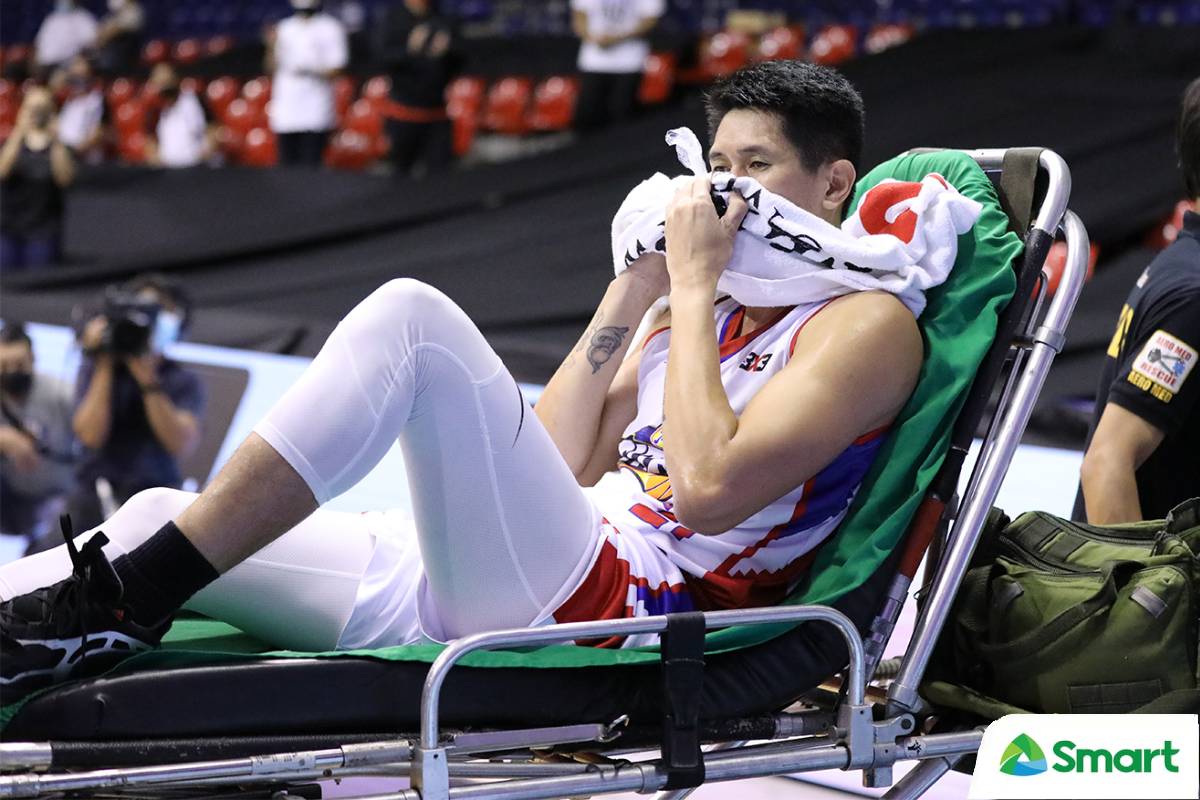 Val Acuña will likely miss a significant amount of time after suffering a fractured jaw, the PBA announced Wednesday evening.

The 35-year-old got hurt after colliding with Chris De Chavez during Purefoods’ Leg 2 meeting with Platinum Karaoke earlier in the day.

Play paused with 7:34 left as both players got decked. Acuña struggled to get back up as he was visibly in pain from the accident.

Based on replays, De Chavez inadvertently collided with the veteran guard underneath the rim as he chased Jed Mendoza on defense.

Acuña needing stretchering off the playing court. He was eventually rushed to the nearby hospital for further scans.

The Tender Juicy Titans played undermanned from then on, but can only do so much as they absorbed a 16-21 defeat to go 0-2 for the day.

It could be that way the rest of the leg, with Mendoza, Joseph Eriobu, and Pao Javelona hoping to stay alive with a win versus NorthPort tomorrow.

Now, it is still unknown who will take Acuña’s place in the next legs. The team, though, still has Jun Bonsubre as a reserve.