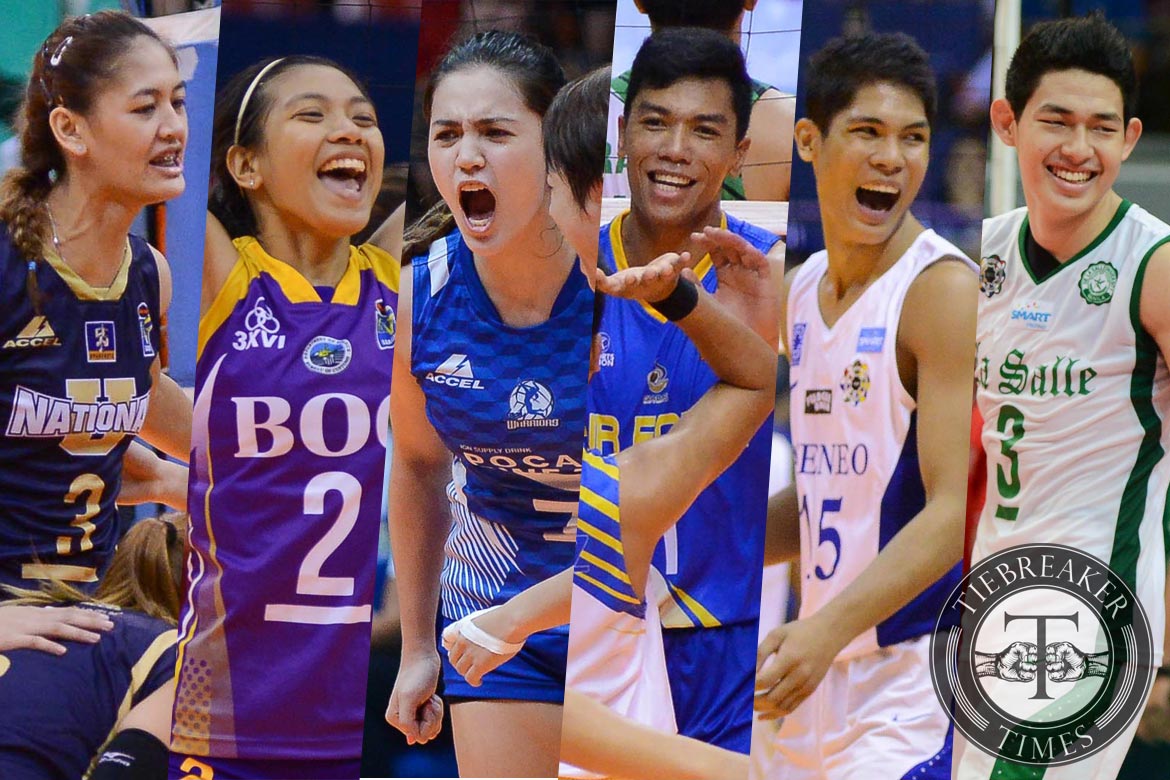 The Shakey’s V-League and Spikers’ Turf will begin what is hoped to be a resumption of a tradition for the country’s pioneering volleyball league — an All-Star Game.

An All-Star Game for both divisions will be held on Sunday, November 20 at the Philsports Arena in Pasig City.

“We believe that the timing is perfect for such an endeavor,” said Sports Vision President Richard Palou of what is to be the culminating event for the Shakey’s V-League’s 13th season and the fledging Spikers’ Turf’s second season.

“This is not only to showcase our best but to also give back to the fans and the victims of Typhoon Lawin.”

“The coaches for each team were determined by their respective performances,” according to tournament director Tonyboy Liao.

“As for the players, they too are based on the best performers statistically in their position. The coaches, selected their players in a ‘draft-like’ manner. And like the NBA All-Star Game, all the players participating in this charity event will wear their respective light and dark club or school jerseys depending on which team they are listed.”

In the V-League Division, Team 1 will be handled by Philippine Air Force’s Jasper Jimenez, Bureau of Customs’ Sherwin Meneses, and Laoag’s Nestor Pamiliar. Their opposites on Team 2 will be John Abella of Pocari Sweat, the University of Santo Tomas’ Kungfu Reyes, and Jerry Yee of the University of the Philippines.

National University’s Jaja Santiago and Jasmine Nabor and their coach during the collegiate conference, Edjet Mabbayad, were also named to the All-Star team as players and coach respectively along with San Sebastian College’s Grethcel Soltones who was named the Most Valuable Player of the Open Conference.

For the Spiker’s Turf All-Star Game, College of St. Benilde’s Johnvic De Guzman was voted for a berth. However, they will all be unavailable to participate due to various commitments.

The one-day affair will start at 1:30pm with fans who availed of ringside and courtside seat tickets (PhP300 each) an opportunity to get autographs or photos with their favorite All-Stars. Lower box tickets are priced at PhP200 each while Bleachers tickets will be complimentary.

The Shakey’s V-League All-Star Game begins service at 5:15pm and will also be followed by the respective awarding of plaques.

“The games will be televised by our partner, ABS-CBN, although on a delayed basis,” added Sports Vision General Manager Ramon Martelino.

“The proceeds after costs will be donated to the victims of Typhoon Lawin through ABS-CBN Foundation. Hopefully, through volleyball we can generate awareness about the plight and the suffering of our countrymen and for our players, coaches, partners, and fans to be socially aware.”