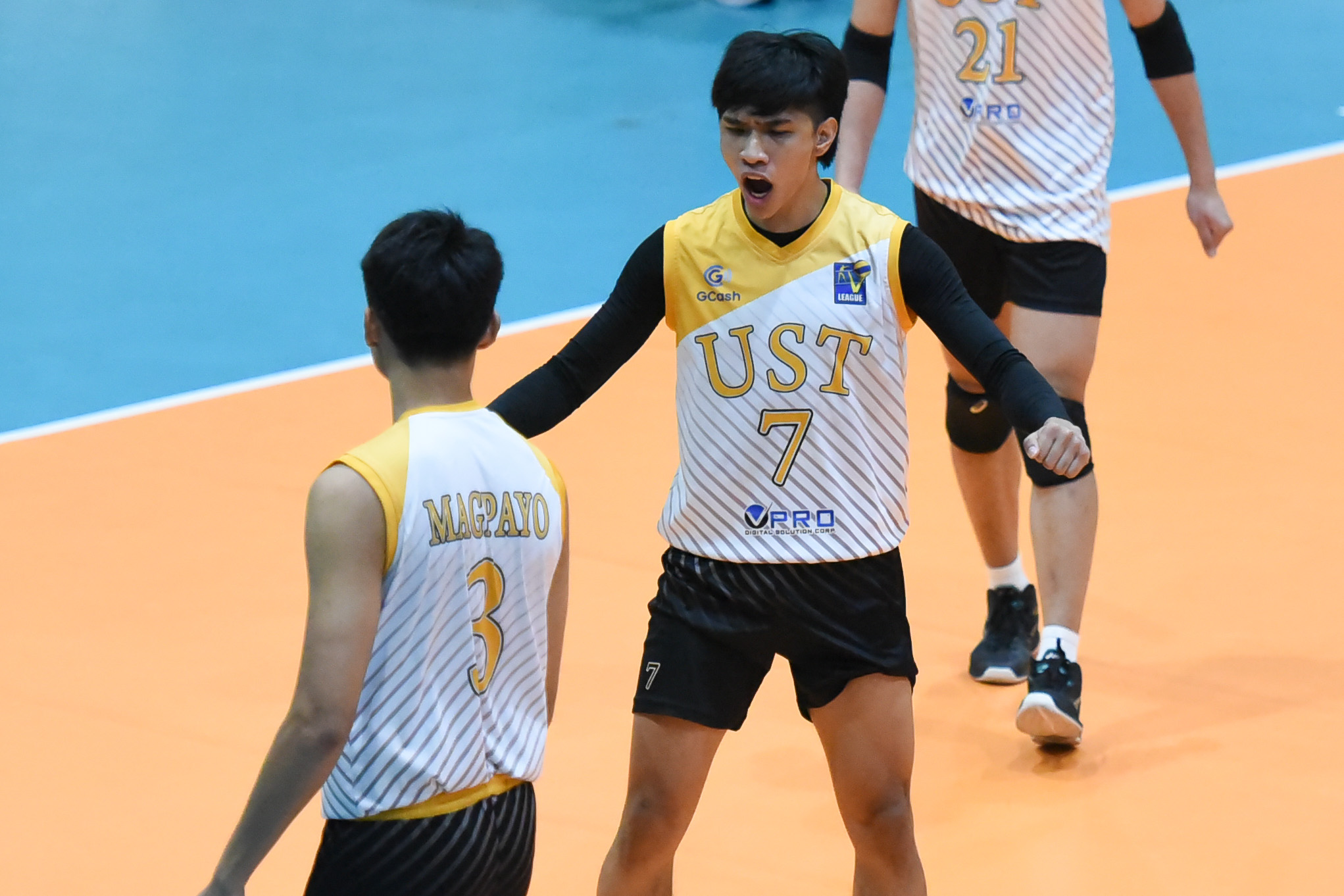 Dux Yambao steered the Tiger Spikers’ attack, delivering 21 excellent to go along with four points in the victory that put them at 2-1 in Pool A.

Noel Kampton’s 20-point outing went to waste as the Green Spikers suffered their second consecutive loss to drop at 2-2. JM Ronqullo added 15 points in the loss.

UST will take on Adamson University on Friday at 10:00 AM to cap off its group stage campaign while La Salle eyes bounce back against the unbeaten National University on Wednesday at 1:00 PM.