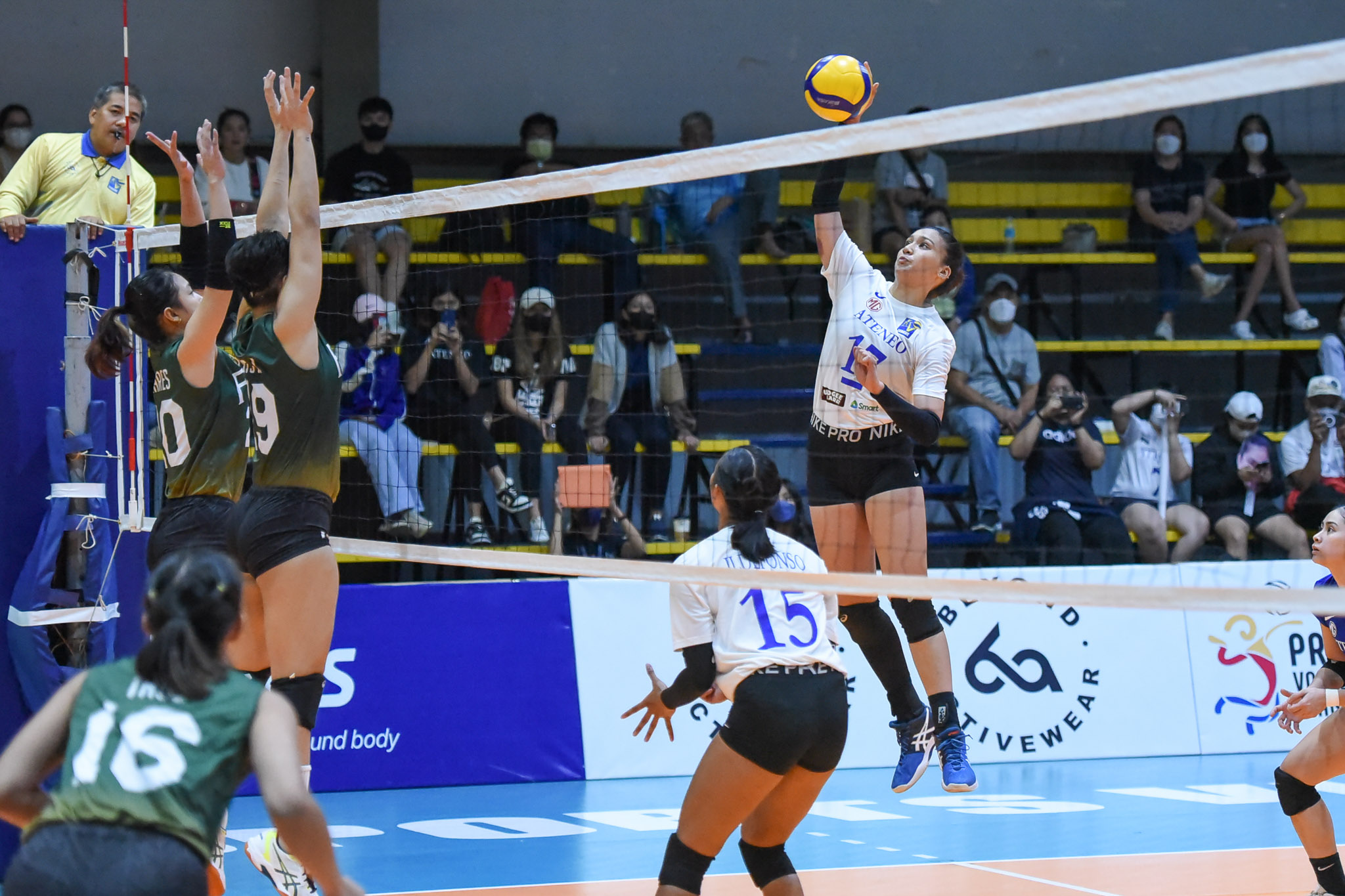 Nisperos unloaded a match-high 24 points on 22 attacks and two aces to go along with 14 digs while Vanie Gandler scored 13 points and collected 13 excellent receptions to power the Blue Eagles to a 2-0 start in the tourney.

Ateneo led by as much as seven points, 24-17, in the fourth set after a miscommunication from the Lady Tamaraws but managed to save two match points after Julianne Monares and Miltzi Panganin converted from the attack and service lines, respectively. Nisperos then ended the match with a kill.

Chen Tagaod poured 21 points built on 18 attacks, two aces, and a kill block. She also had 11 receptions and nine digs in a losing effort for the 0-2 FEU.

Ateneo will take on Adamson University on Friday, 3:00 PM for the top seed in Pool A while FEU looks to bounce back against San Sebastian College-Recoletos earlier that day at 10:00 AM.