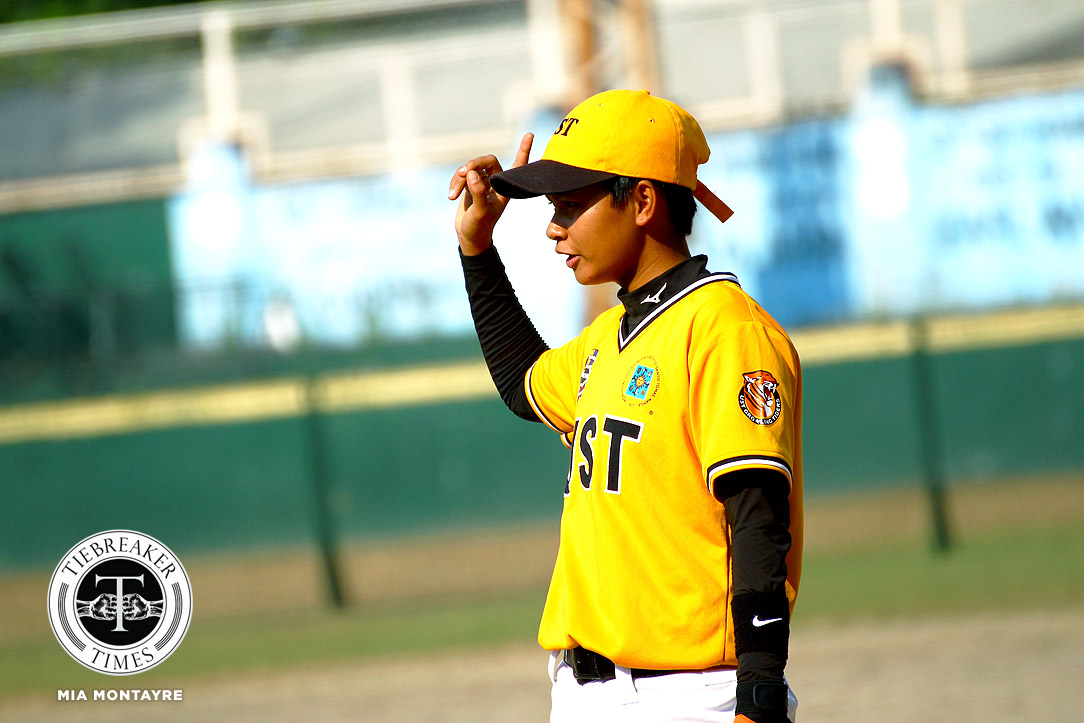 With the two-game sweep, the Tiger Softbelles advanced to their fourth straight finals. But it was an unexpected one for head coach Sandy Barredo, as he lost Philippine ace Ann Antolihao to graduation a season ago.

This time around, UST fired on all cylinders compared to their 12-6 Game One win.

Down 0-2 due to errors after the top of the second inning, Trisha Belano and Celyn Ojare provided the spark, connecting on a base hit and a double respectively in a three-run inning.

The floodgates continued in the third inning, as a sac fly to left field from Charlotte Sales brought in two more runs. Hits by Lea Guevarra and Trisha Tiolon punched in four-more runs that created a five-run cushion.

Two more runs in the fourth inning punched UST’s ticket to the finals.

Graduating catcher Tin Palma and Tiolon had two hits each.

Besides allowing just one hit in the four innings she pitched, Celyn Ojare had two RBIs as well.

The Lady Batters will settle for bronze.

UST will take on arch-rivals Adamson University Lady Falcons in a three-game series. Game One takes place on Friday, 29 at 8:00am.