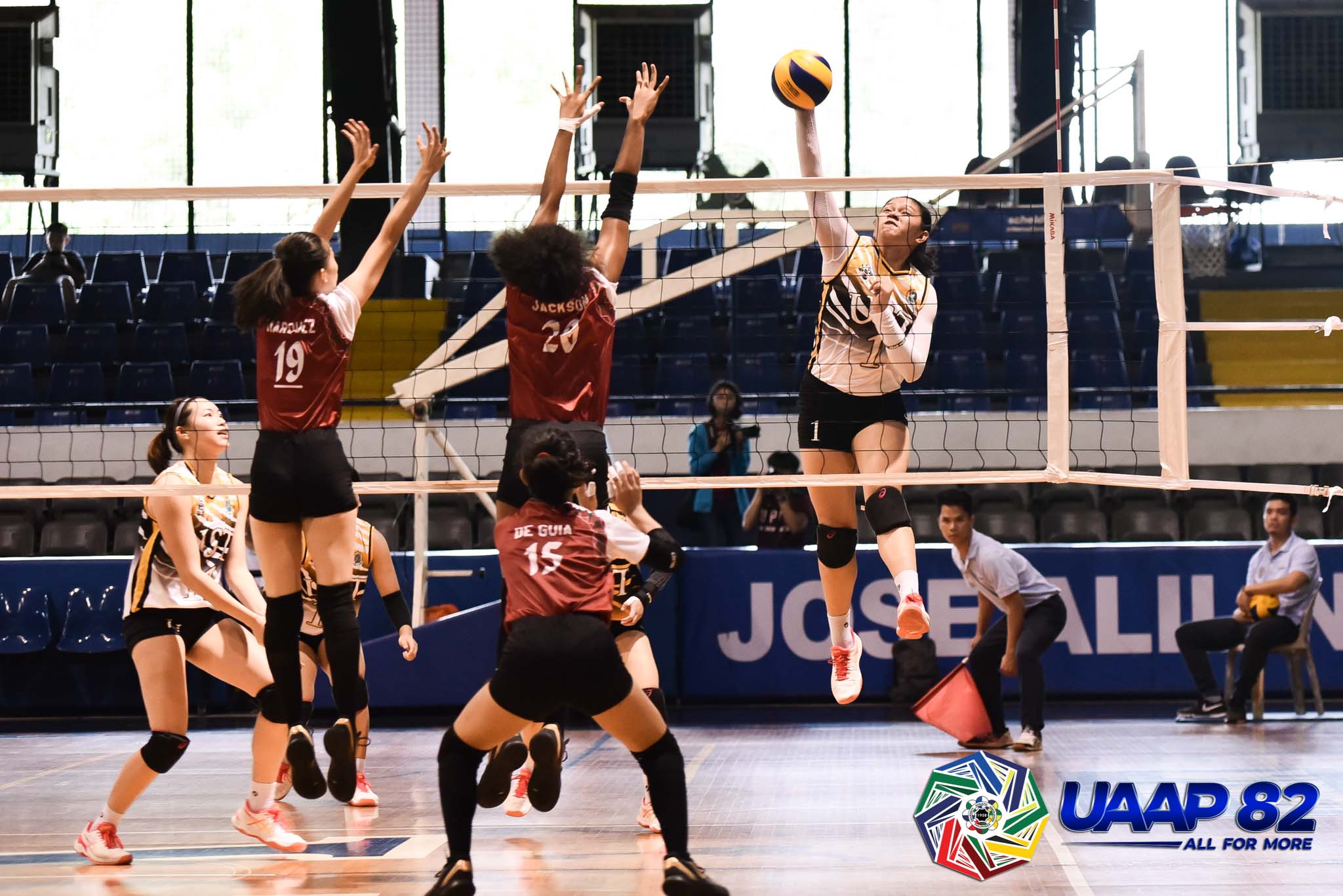 University of Santo Tomas made quick work of University of the Philippines Integrated School, 25-18, 25-21, 25-11, while Nazareth School of National University swept Adamson University, 25-23, 25-18, 25-21, as the two powerhouses remained perfect in the UAAP Season 82 Girls’ Volleyball Tournament at the Blue Eagle Gym Sunday.

The Junior Tigresses remained on top with a 3-0 card, while the Bullpups are not far behind with a 2-0 record.

The Baby Tamaraws moved in a tie with the Baby Falcons at 2-1.

Renee Peñafiel and Regina Jurado tallied 10 points apiece for UST, which dominated the spiking department against its Diliman-based foes 32-10.

The Junior Tigresses had the luxury to dug deep on their bench in the victory.

The Junior Tigresses, however, will miss setter Tanya Narciso for four to five weeks due to a dislocated pinky finger acquired during training. “Despite the win, yung unforced errors kailangan naming bawasan and improve more on how they understand the system that I wanted to do kasi minsan nawawala sa system pag nag-e-error sila,” said coach Regina Diego, who is on her first season with the Bullpups.

#ReadMore  Chabi Yo does not back down against MVP Akhuetie

The Junior Warriors, meanwhile, slipped to 1-2, while the Junior Maroons remained winless in four matches.