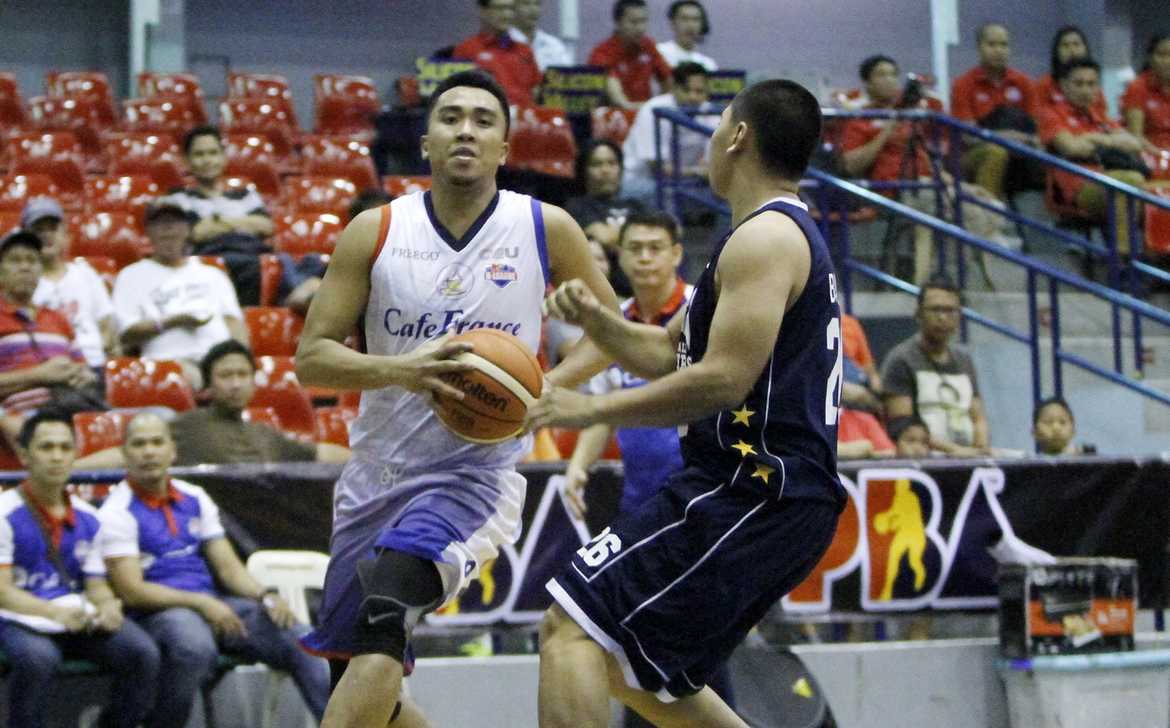 Top-seeded Cafe France-CEU torched the Wangs Basketball Couriers with an impressive offensive display to book a win Thursday at the Ynares Sports Center in Pasig City.

The unstoppable Bakers opened the game with a 19-0 blitz and never looked back to advance to the semi-finals of the PBA D-League Aspirants Cup.

The Bakers were relentless in the game, not minding a twice-to-beat edge as they wanted to get more time off the court before the semi-finals.

Cafe France had a 52-34 rebounding edge, and dished out 21 assists compared to only 10 for Wangs. Cafe France also scored 28 points off 24 Wangs turnovers.

“My first group, they tried to limit (Wangs in) the first quarter. They want to win. They are going to our first goal which is the semis. (Now) we focus on our next two games to achieve our next goal of coming to the championship.”

A triple by Aaron Jeruta gave the Bakers their biggest advantage at 85-58 halfway in the fourth, before the Couriers closed the game on a 14-5 run to salvage some measure of respect.

Mark Romeo had 12 points to lead the Couriers while Gwyne Capacio added 10 markers.