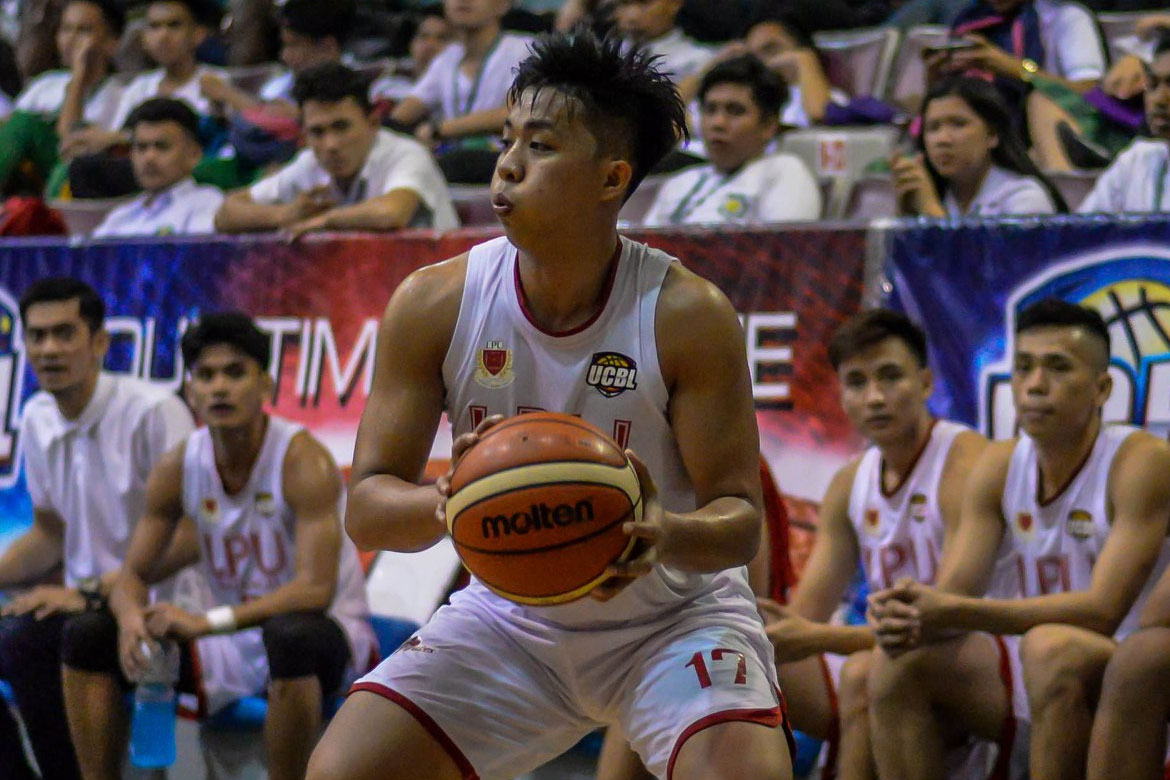 Rommel Saliente hit a jumper at the buzzer, lifting the Lyceum of the Philippines University-Batangas Pirates to a thrilling 71-69 victory over the Philippine Christian University-Dasmariñas Dolphins, to remain tied with the Technological Institute of the Philippines Engineers at fourth in the Universities and Colleges Basketball League (UCBL) Season 3 at the Olivarez College gym in Parañaque, Monday.

Saliente’s endgame heroics capped LPU-Batangas Pirates’ rally from four-points down in the stretch, which saw them score seven unanswered points to move ahead, 69-64. But the PCU-Dasma Dolphins fought back behind Marlon Daitol, who buried a triple, and Omar Mangadan, to force a tie at 69 with 24 seconds left in the contest.

Then Saliente came through with that gem of a shot in the endgame to the disappointment of the Dolphins, who turned the ball over with 27 seconds left in the contest.

The win was LPU-Batangas’ third against three losses, keeping them in step with TIP, who earlier used one big scoring run in the opening quarter and posted an expected 87-63 romp over the winless the St. Joseph College-Bulacan Taurus.

Bryan Santos poured in 21 points, while Papa Ndiaye powered his way to 18 markers. Alex Ramos and Jopet Soriano added 11 points apiece as the Engineers took control in the first 10 minutes, 23-8, and never relented the rest of the way to complete the 24-point romp and even their card at 3-3.

Eli Leguin exploded with 31 points, while Guian Lorzano and Klentoniel Bernal combined for 18 markers, but the rest failed to step up. The Bulacan-based side reeled to their sixth straight defeat.

The Engineers imposed their will in the shaded line, scoring 58 points, doubling their rivals’ output, and dominated the offensive boards, netting 21 second-change points, 13 more than the hapless St. Joseph side.

TIP also drew 43 points from the bench, as the Engineers sustained their initial run despite the Bulacan cagers’ gutsy stand in the second, where the latter practically matched the former’s output, 15-14.

Eddie Alvarez signs with ONE Championship