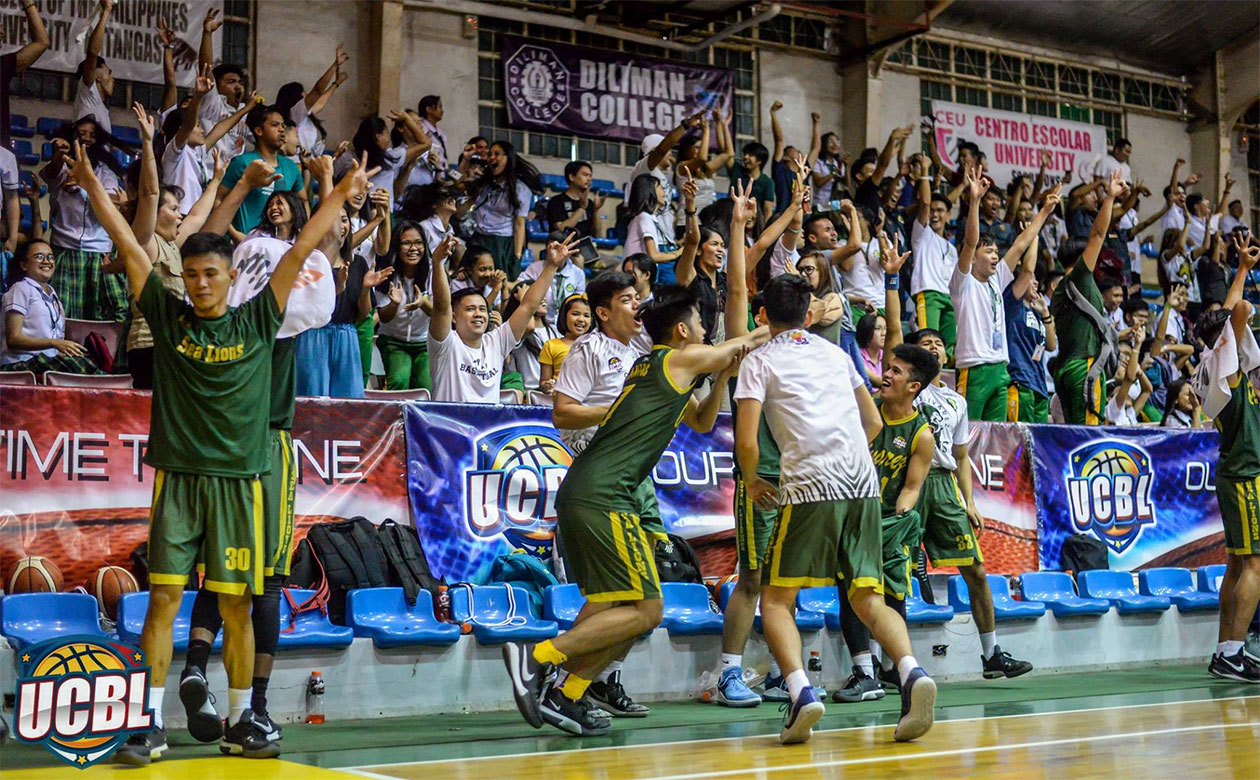 The Olivarez College Sea Lions completed a stunning Final Four reversal as they downed the Centro Escolar University Scorpions, 64-61, to book a return trip to the finals of the Universities and Colleges Basketball League Season 3, Thursday.

Joshua Almajeda grabbed a huge rebound off a Chris Lalata miss from the free-throw line. Then Harold Sala, who filled in for a cramping Paolo Castro, hit two charities off a Pierce Chan foul for a three-point Sea Lions advantage.

The Scorpions tried to send the game into overtime in the final 6.1 seconds, but Maodo Diouf bungled his desperation triple at the buzzer, igniting a celebration from the home fans.

Olivarez will face top-ranked Diliman College in the finals. The Sea Lions lost twice to the Blue Dragons in the elimination round.

Coach Myke Saguiguit praised his Sea Lions for their tremendous poise despite having the twice-to-beat disadvantage in the Final Four.

“The players gave their all. Sa kanila ibinibigay ko ang panalong ito. They really worked hard for this,” said Saguiguit. “The team wanted it so much talaga.”

Dwight Saguiguit added 11 points. Sala was the only other Sea Lion in twin digits with 10 markers.

Olivarez hope to make it all the way this time after they finished second to CEU in the inaugurals two years ago.

Game One of the best-of-three series is set at 12 noon on Monday at the Olivarez College in Parañaque City.