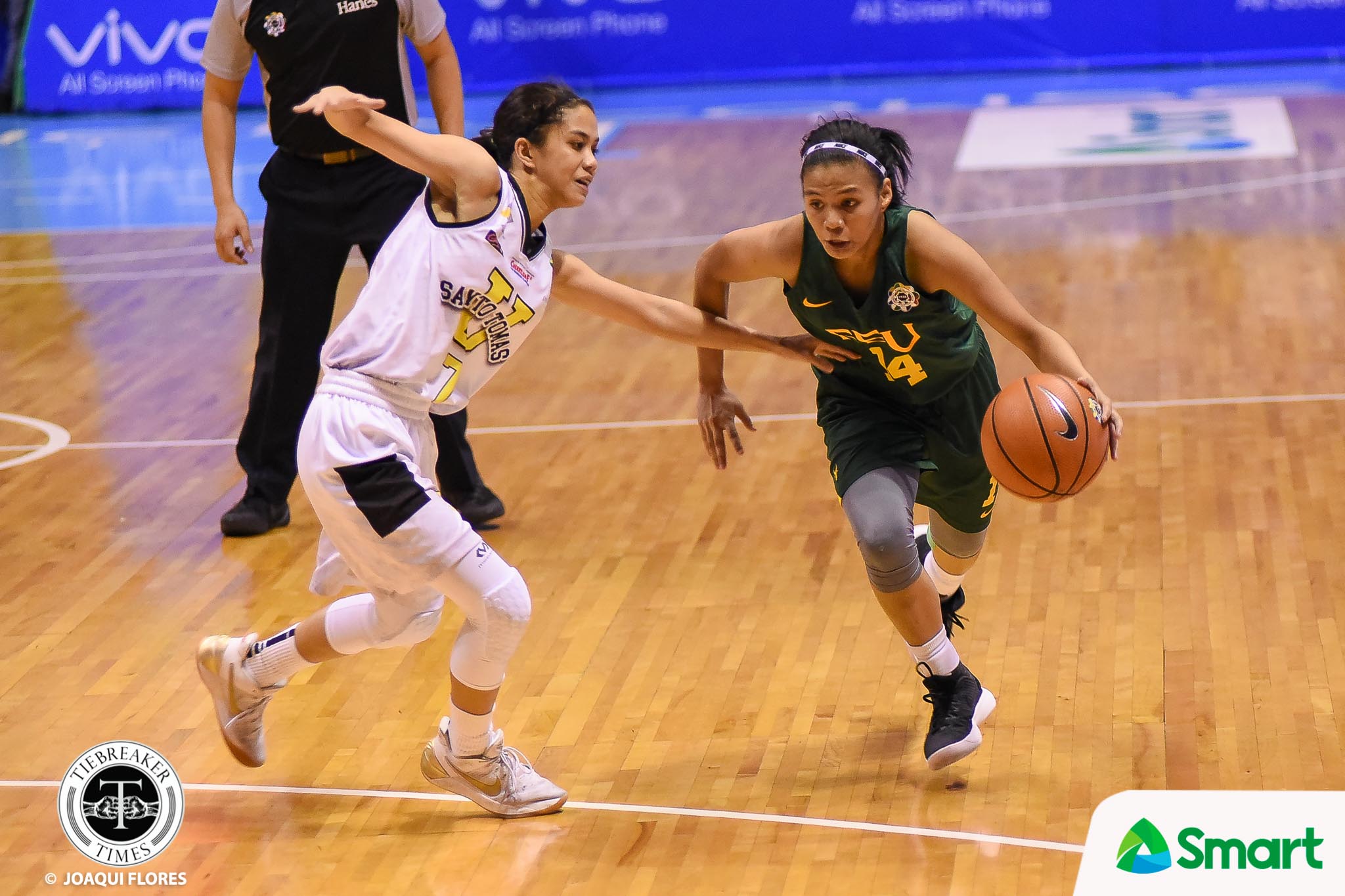 Ultimately, the Far Eastern University Lady Tamaraws showed more heart and were true to their Be Brave mantra when it mattered against the University of Santo Tomas Growling Tigresses.

In a grueling triple overtime contest, FEU outlasted UST, 91-87, this Saturday morning at the Smart Araneta Coliseum in Quezon City. It was the Lady Tamaraws’ fifth win in the UAAP Season 81 Women’s Basketball Tournament.

Eager to make up for their loss against the De La Salle Lady Archers, the Growling Tigresses imposed themselves early on versus the Lady Tamaraws. Reynalyn Ferrer’s jumper at the 2:27 mark of the second period handed UST a 17-32 cushion away from FEU. However, Clare Castro’s freebie capped off an 8-2 run for FEU as it trimmed UST’s lead to 25-34 by the break.

While they had a dismal first half, the Lady Tamaraws fought back in the third quarter. Clare Castro capped off a 15-6 run when she scored off a Blance Bahuyan assist to level the ballgame at 40-40 with 3:50 left in the third period.

With the scores even at 48-48 at the start of the final period – thanks to Camille Taguiam’s basket – both teams exchanged baskets until the last minute. Loraine Capilit brought UST within 61-62 with 1:14 left on the game clock, and the Growling Tigresses should have won it at the death when Grace Irebu drew Castro’s fifth foul 10.9 seconds left.

Irebu only converted one of her resulting charities to tie the contest at 62-62 before the Lady Tamaraws failed to score with 6.8 seconds left in the clock. Castro’s benching should have been FEU’s death knell, but the Morayta school found a way to hang on.

After a tight first overtime period, UST again squandered a huge opportunity to win the game in the second overtime frame when Irebu’s four unanswered points erected a 75-70 lead. Fatima Quiapo closed out a 7-2 sequence to give FEU a chance to fight another day.

Come the third overtime period, Mamaril’s charities capped off a 7-0 run to give the Lady Tamaraws an 84-77 separation with 2:34 left to go. That sealed the deal for FEU, and Mamaril’s charities with 16.6 second left allowed them to take the 91-87 victory over UST.

Mamaril paced FEU with 23 points and eight rebounds, while Taguiam had a monster game of 17 points, seven rebounds, six assists and eight steals to drive the Lady Tamaraws forward.

As for UST, Grace Irebu and Sai Larosa’s double-doubles of 34 points and 18 rebounds, and 19 points and 20 rebounds all went to waste, alongside Capilit’s 11 points and six assists and Reynalyn Ferrer’s 13 boards.

The two teams shall close the first round on October 13 at the SM Mall of Asia Arena in Pasay City. FEU (5-1) play the defending champions National University Lady Bulldogs at 8:00 AM, while UST (3-3) face the University of the East Lady Warriors afterwards at 10:00 AM.