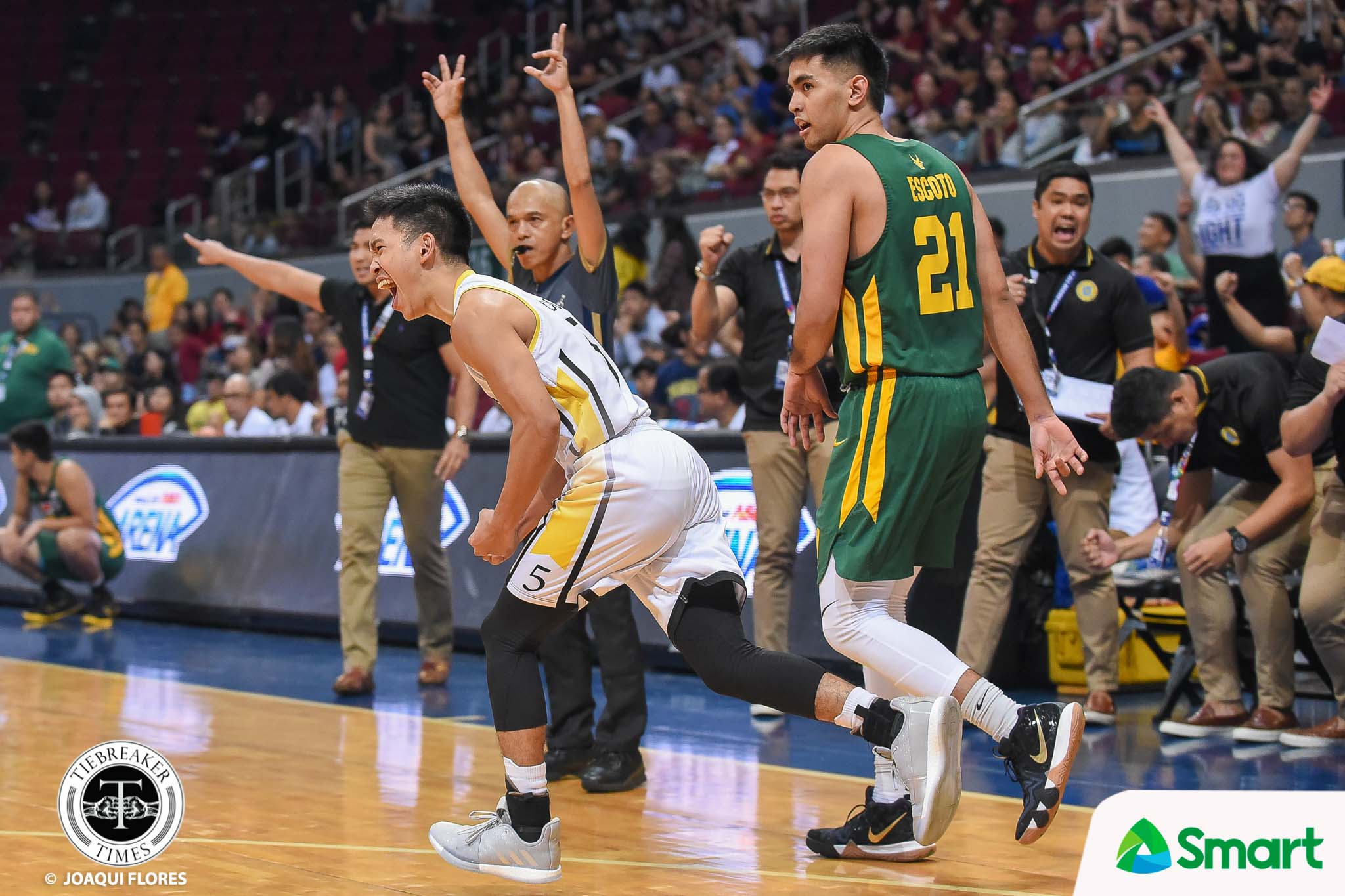 Zachy Huang and the University of Santo Tomas Growling Tigers proved that their first round win over the Far Eastern University Tamaraws was not a fluke, taking a 78-70 triumph, Sunday afternoon at the SM Mall of Asia Arena in Pasay City.

With three straight wins, UST even their slate to 4-4 while dropping FEU to 5-3.

Besides this, the Growling Tigers completed a season sweep of the Tamaraws as they also won their first round encounter last September 12, 76-74. The last time UST did this was back in Season 78.

Moreover, Aldin Ayo continued his mastery over the Racela brothers, as the Tamaraws have yet to best an Ayo-mentored team. Ayo has also matched the two-year win-total of Boy Sablan in two years, needing just seven games to do it.

And it was the seniors of the Growling Tigers who sparked the breakaway in the final frame.

The backcourt tandem of Lee and Subido had 17 and 14 points, respectively.

The Tamaraws, who at one point were 0-of-11 from downtown, only knocked down their first triple with 3:36 left in the game courtesy of Arvin Tolentino.

Frustrations mounted in the FEU camp as they could not mount a comeback against UST. Olsen Racela was called for a technical foul with 2:01 left, while Tolentino, who is returning from a one-game suspension, was called for a disqualifying foul after hitting Huang in the head with 15.9 seconds remaining.

Tolentino, who will most likely be slapped with another suspension, had 11 points.

Besides the three seniors, two rookies shone once again for UST.

Germy Mahinay – who played for almost the entire fourth quarter as Enrique Caunan sprained his right ankle after a chasedown block of Alex Stockton with six minutes left in the third frame – had a career-high 10 points and eight rebounds. Super rookie CJ Cansino gobbled down 12 rebounds.

Richard Escoto led FEU with 12 points. Prince Orizu, who had 25 points in their first showdown, was limited to just eight points but still managed to grab 12 rebounds.