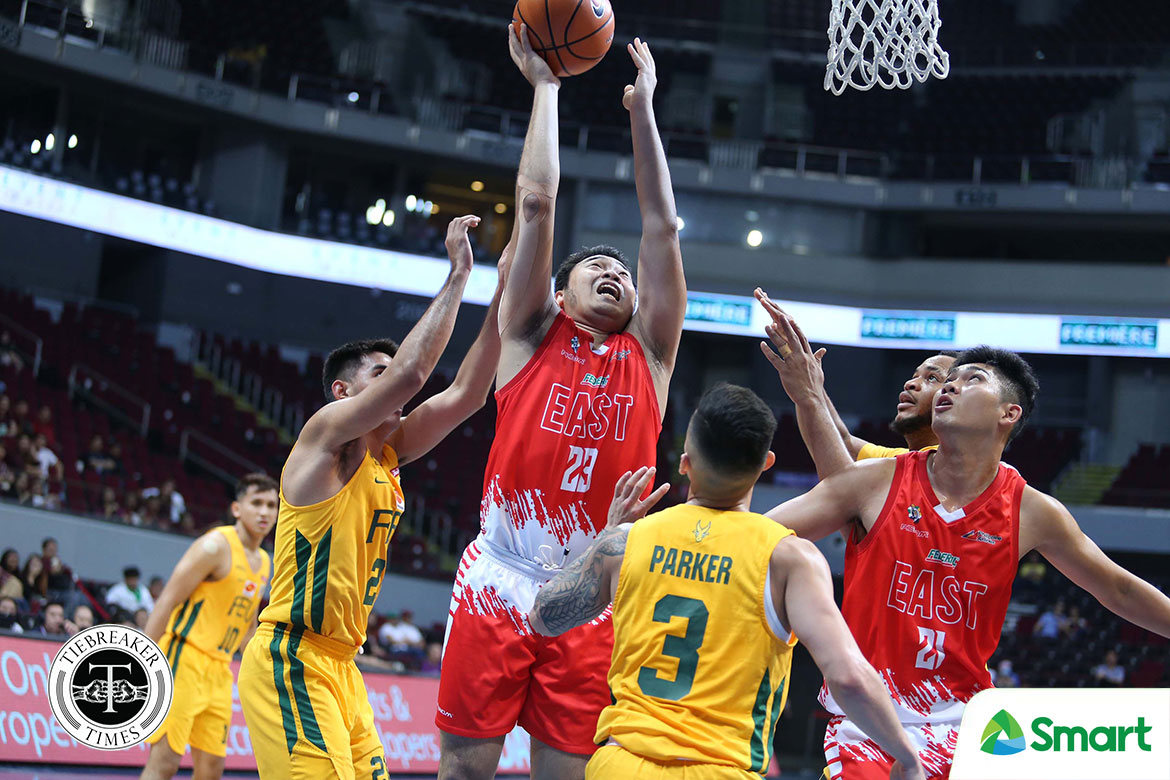 What a way for the Red Warriors to get their first win.

In one of the biggest head scratchers of the season so far, the rebuilding University of the East Red Warriors completely had their way against the battle-tested Far Eastern University Tamaraws, taking a surprising 90-65 victory, Sunday evening at the SM Mall of Asia Arena.

Besides this game being the first win for UE in five tries, this is also Joe Silva’s first win at the collegiate level.

“Well at least the monkey is off my back as a coach. Ganito pala yung feeling manalo sa college. Sobrang blessed and it’s a relief,” said the two-time UAAP Juniors Basketball Champion coach.

Alvin Pasaol – who came off the bench for the first time this season – still led the way for UE. The burly forward finished with 25 points and nine rebounds.

Pasaol’s scoring explosion began in the second quarter, scoring 12 point during that span to give UE a double-digit lead that it would not relinquish.

“I just told them to work hard and the results will follow. I told the boys that we deserved to win. They showed it today,” Silva shared.

Pasaol finally had support as well in the contest, as Jason Varilla had 17 points built on five triples while Philip Manalang finally showed up, tallying 13 points and 12 assists.

The double-digit lead would not go down the rest of the way, as UE started the final stanza with an 18-4 burst to extend the lead to 31 points. UE would gain a cushion that went to as high as 34.

It was a near-perfect game for the Red Warriors, as they only committed 10 errors in the contest while shooting 45 percent from the field

This is the second time this season that FEU have fallen to the lower-ranked teams of the UAAP. Just 19 days ago, the Tamaraws – who are now 2-2 – were handed a 74-76 upset by the UST Growling Tigers.

Hubert Cani and Arvin Tolentino were the sole double-digit scorers for FEU with 12 and 11 points, respectively.

UE look to build on this win when they face the University of Santo Tomas Growling Tigers on Saturday, October 6, at the SM Mall of Asia Arena. FEU, on the other hand, will have to regroup quickly as they take on the National University Bulldogs on Wednesday, October 3, at the same venue.