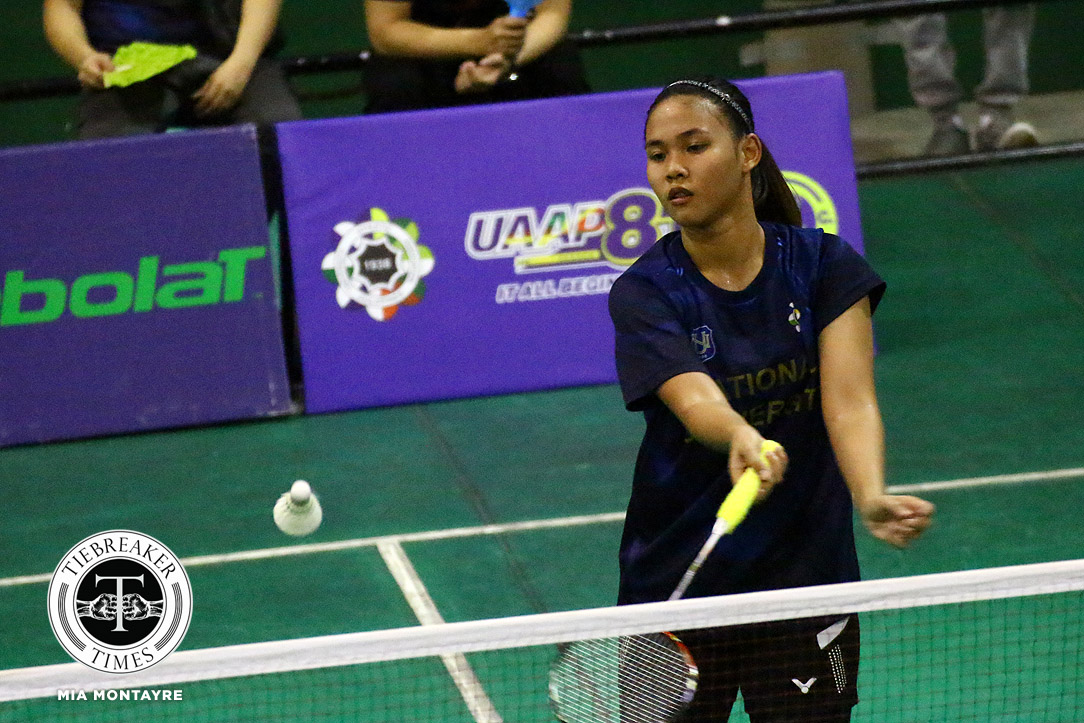 Rookies shone during the opening day of the UAAP Season 81 Women’s Badminton Tournament.

With rookies rising up, all eyes were turned to the best of them all – no less than the top singles player in the country, Sarah Joy Barredo.

Clydel Pada, however, showed her wares for the Lady Falcons, ticking off her own matches for the day. The senior Adamsonian stunned Jiselle Capillo in three sets in the second singles match. She then paired up with fellow senior Mikaela Aquino to deny Mika Songcuan and Jhayvin Dizon of NU with the win in two 21-16 sets.

Nonetheless, Pomar was there to seal the deal for the Bustillos-based squad with a rousing work past Aquino in just 22 minutes. 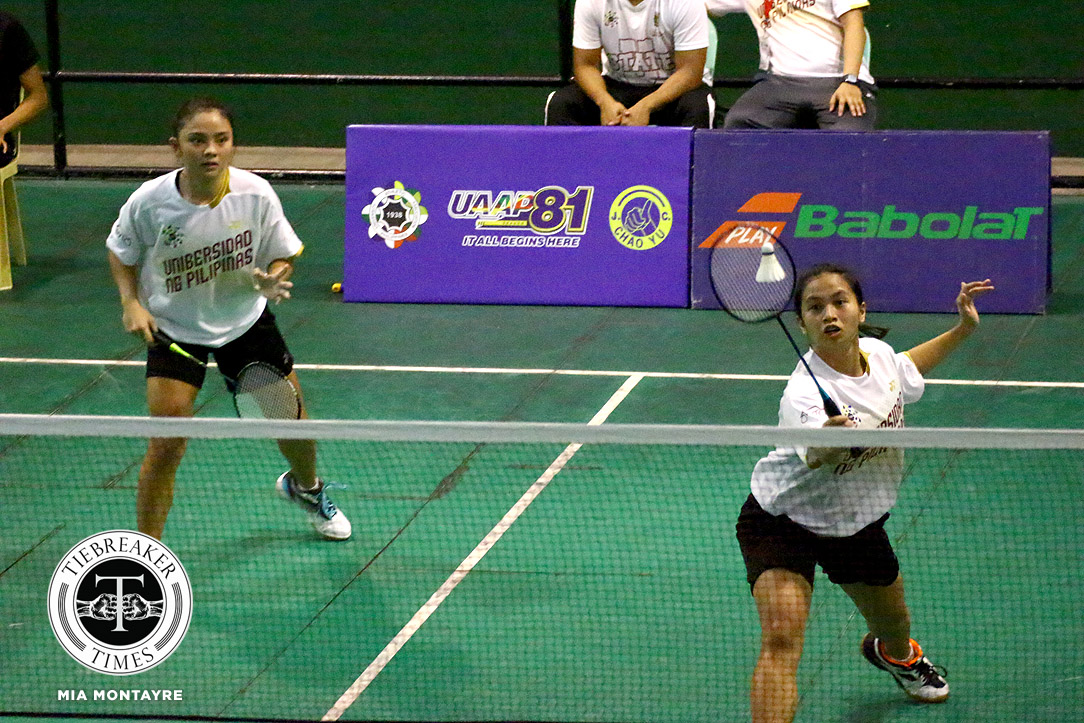 Also, former three-peat titlists University of the Philippines Fighting Maroons dominated the rookie-laden University of Santo Tomas Golden Shuttlers to jump start their bid to reclaim the crown, 5-0. The Diliman-based squad, led by Season 79 Most Valuable Player Poca Alcala’s first singles win over Steph Montera, 2-0, did not let up against the Tigresses.

Newbie Janelle Andres and the Rookies of the Year duo Ann Maranon and Lea Inlayo swept the next two matches in dominant fashion to put the Fighting Maroons on the board before their scheduled bye. The energetic rookie toppled fellow youngster Kate Tating in straight sets, before her upperclassmen dominated the opponents in two games clinched the win over Taing and Elij Pena. 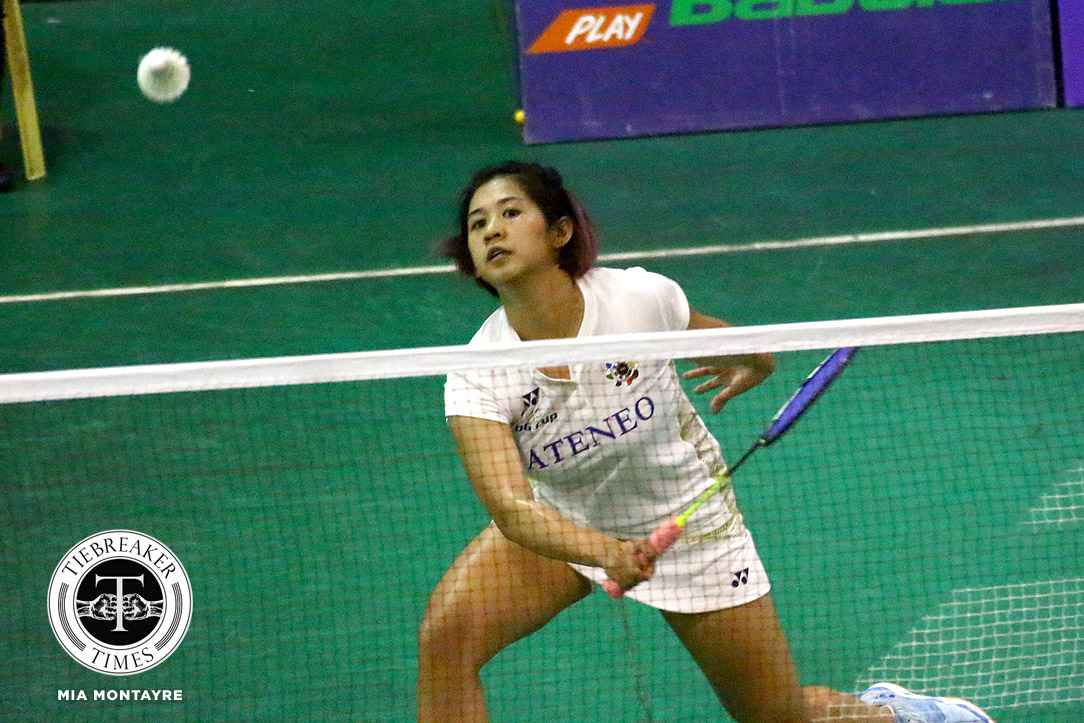 Not to be outdone were UP’s multi-time Finals rivals Ateneo de Manila University Lady Eagles. The squad from the other side of Katipunan Avenue posted an even more convincing sweep, taking down the University of the East Lady Warriors in just ten games.

Left with no choice as her team was undermanned, former national juniors player in doubles Geva De Vera had to play her first-ever UAAP singles match.

Nonetheless, the fourth-year Atenean delivered with a win in the second singles match over Kessara Palot, following a likewise dominant win from UAAP Season 79 RoY Chanelle Lunod over Jalyne Chua. The sophomore tandem of Bea Felizardo and last year’s top rookie Alyssa Roxas disposed off Chua and Deinnen Leonardo to take the first win for the Ateneo.

The singles winners teamed up in the second doubles match to upend Erycka Labay and Laville Laborte. Team captain Sam Ramos then closed it out with a short work of Laborte in the final singles match.