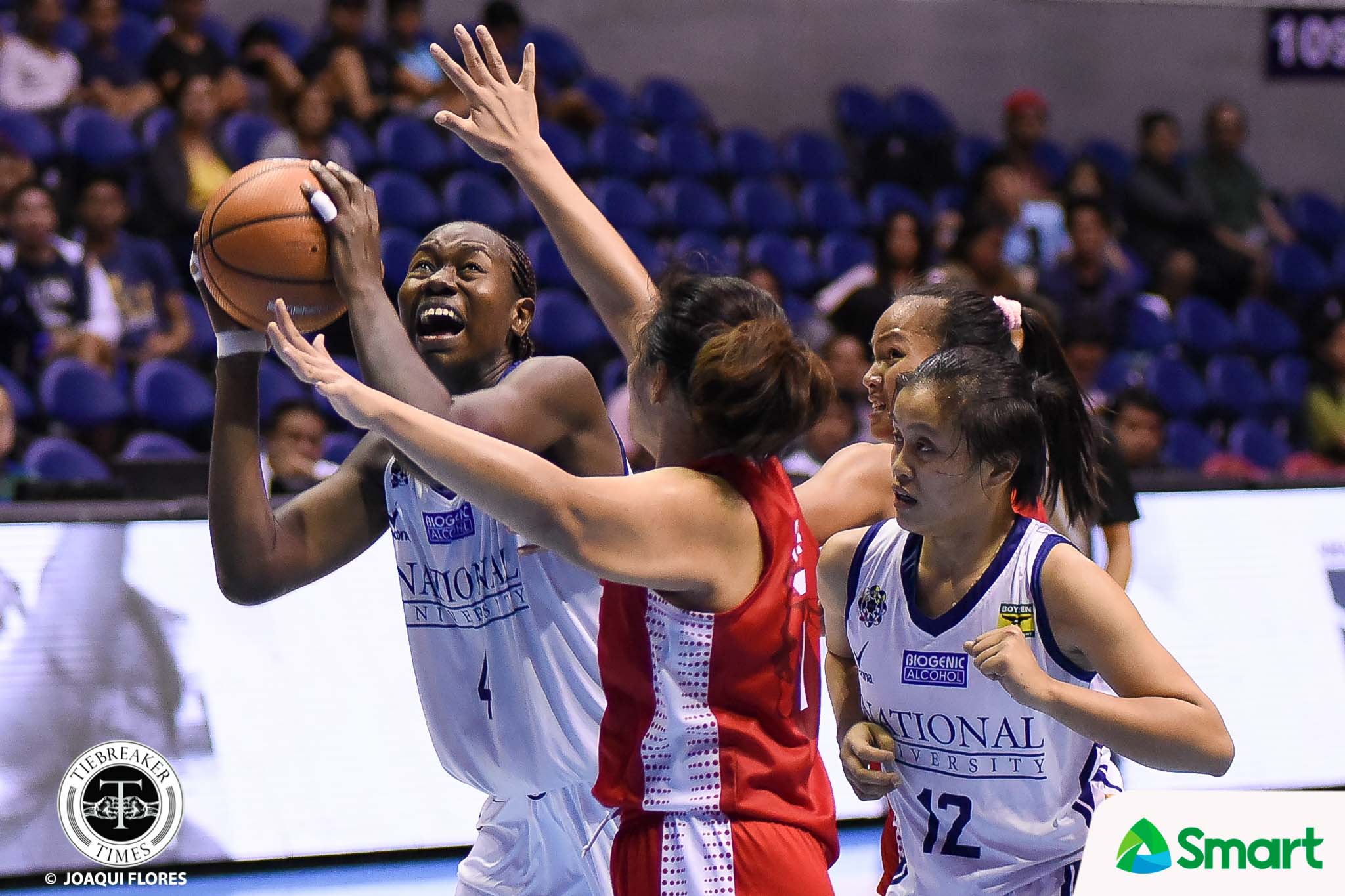 The National University Lady Bulldogs are another step closer to history.

The defending champions bulldozed the University of the East Lady Warriors, 80-53, Saturday afternoon at the Smart Araneta Coliseum in Quezon City, for their 70th straight win in the collegiate league.

“I haven’t really put it in my head na it’s already 70 (wins)… But we just take it, again, one game at a time,” commented NU coach Patrick Aquino.

Rhena Itesi was at her usual best as she produced 22 points and 13 rebounds, while Ria Nabalan contributed 13 baskets and nine boards for the NU cause. Kaye Pingol also provided 10 points for the Lady Bulldogs in what was the Lady Bulldogs’ sixth win in the UAAP Season 81 Women’s Basketball Tournament.

Jack Animam was limited to just three points and five rebounds because of foul trouble.

The Lady Warriors, while in a rebuilding year, gave the Lady Bulldogs a good fight early in the contest. Joyce Francisco sank a three halfway past the second quarter to trim NU’s cushion to just 31-33. The Lady Bulldogs then responded with a 12-5 run closed by Rhena Itesi’s three-point play to gain a 45-36 edge right before the break.

It was in the third quarter when the Lady Bulldogs unleashed their fury onto the Lady Warriors. Pingol kickstarted a 17-6 run to kill off any chance of an UE win as NU coughed up a 62-62 lead in the dying stages of the period.

“I’m just happy we got the sixth win and UE was prepared for us. Good thing we had those defensive stops and build the lead after that,” added the current national team coach.

The win was already secured by the end of the third quarter, and Jhianne Layug had the honor of scoring three unanswered points to hand the Lady Bulldogs their biggest lead of the ballgame at 80-52 with just 14.4 seconds left.

Despite the 80-53 victory, poor perimeter shooting continued to haunt NU. The Lady Bulldogs only mustered nine points from downtown compared to UE’s 28. Nevertheless, Aquino’s wards coughed up 50 inside points versus UE’s 20 in spite of Animam’s bad day at the office.

“We’re really working on (shooting). Hopefully in the second round or against FEU, we’ll have it. FEU has been impressive these past few games. I hope we can show who we really are. Shooting woes are a really big factor in the game. That’s another option going into the game. We can’t rely on two bigs or the three bigs every time,” closed Aquino.

The two schools shall close the first round on October 13 at the SM Mall of Asia Arena in Pasay City. NU (6-0) face the Far Eastern University Lady Tamaraws at 8:00 AM, while UE (1-5) take on the University of Santo Tomas Tigresses afterwards at 10:00 AM