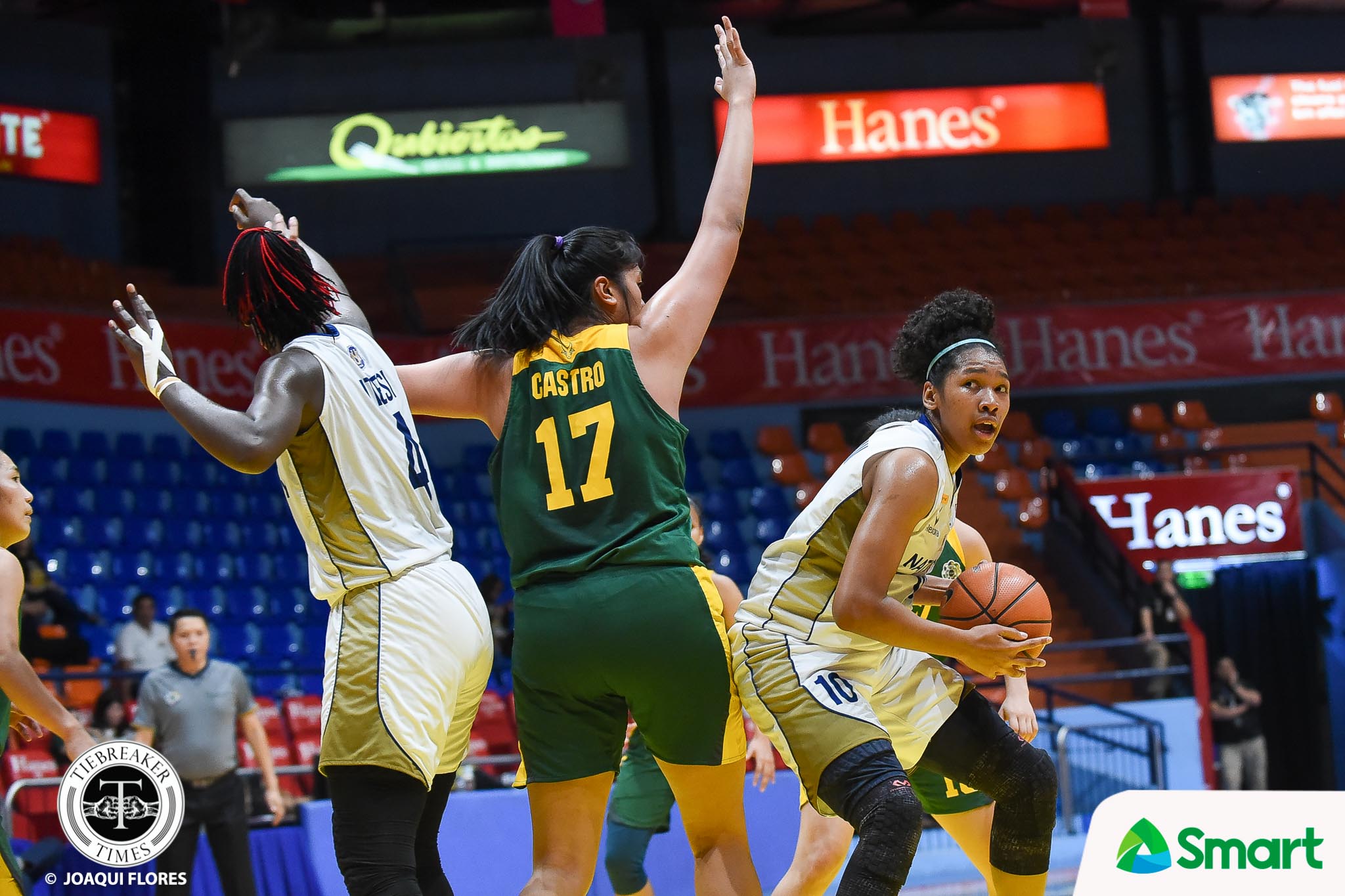 In what was more of a formality, the National University Lady Bulldogs secured their sixth straight Finals appearance after pounding the Far Eastern University Lady Tamaraws, 68-44, Friday afternoon at the Filoil Flying V Centre.

This is NU’s 78th straight win in the UAAP Women’s Basketball division. But for Lady Bulldogs head coach Patrick Aquino, he is simply relieved to have this over with as they gun for their fifth straight crown.

“I’m just happy na na-survive namin uli yung fourteen (game sweep) uli,” he admitted. “We’re just waiting for the championship kung sino man, but still yung job namin is not yet done. We hope na we get the championship, that’s the most important thing this season.”

Clare Castro, who was averaging 16.5 points and 12.17 rebounds per game prior, was limited to just six points and eight boards. Valerie Mamaril, on the other hand, had just nine points – down 5.67 points from her norms.

Kaye Pingol and Ria Nabalan had nine and seven points, respectively, as Nabalan struggled from the field.

NU will have at least a three-week break before heading to the Finals. But Aquino and the Lady Bulldogs will not get to rest.

“Like the same thing we’ve been doing. We’ll have a team building this next weekend and we’ll continue working hard, tignan kung ano yung flaws namin,” he disclosed. “Continue what advantage and disadvantage yung mga nakikita namin and then we’ll have practice games again with the boys like we did last few years back yung mga past season, yun ginagawa namin.”

FEU, on the other hand, will figure in a playoff for second place with the Adamson Lady Falcons on Wednesday, November 3, as both teams are sporting a 9-5 slate. The winner will pick up an automatic semis berth, while the loser will face a a do-or-die match with either the DLSU Lady Archers or the UST Growling Tigresses.

#ReadMore  Out From The Box: Jude Roque rues NCAA's 10 reasons for banning FSAs