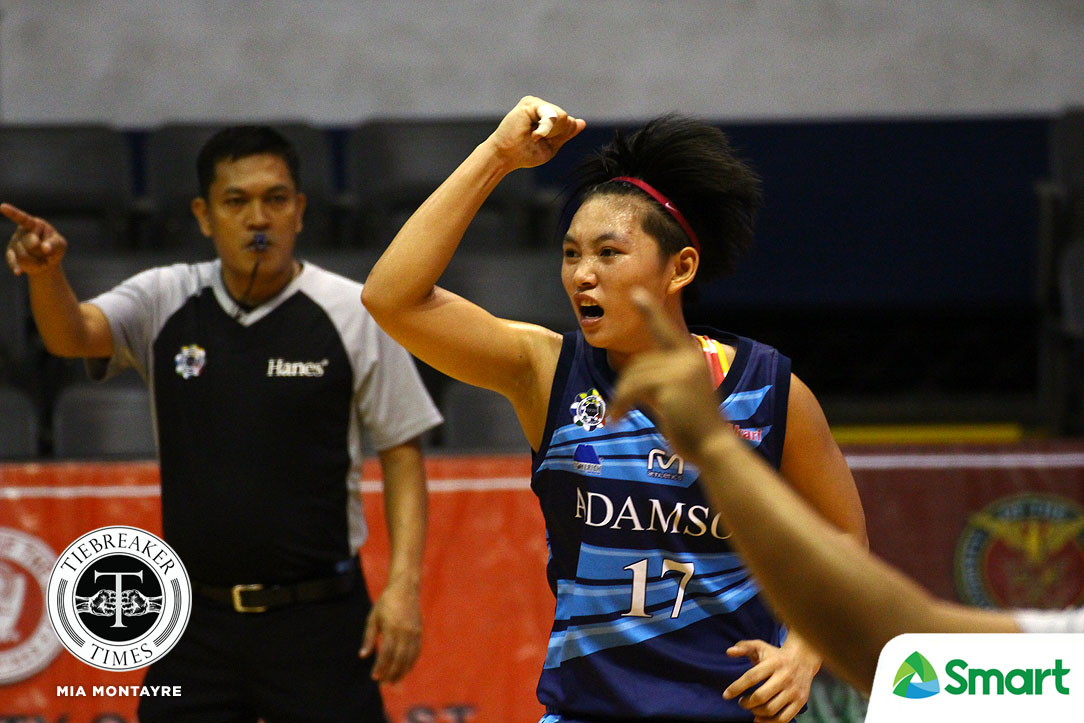 The UAAP Season 81 Women’s Basketball Tournament has been a roller coaster ride for the Adamson University Lady Falcons so far.

Up against the skidding Ateneo de Manila University Lady Eagles, the Lady Falcons relied on Nathalia Prado and Jo Razalo to win, 72-54, Saturday afternoon at the Smart Araneta Coliseum in Quezon City.

This is Adamson’s third win in six games this season.

The Lady Falcons were stellar all throughout the game. They limited the Lady Eagles to just nine points in the first quarter, and that set the tone for the rest of the contest. With a 46-22 cushion at the break, Prado scored four unanswered points to hand Adamson their biggest lead of the ballgame, 50-22, at the 9:32 mark of the third period.

That deficit was simply too high a mountain for the Lady Eagles. While Jolina Go sank back-to-back baskets to close a 17-7 Ateneo run and trim the deficit to 39-57, it was already a case of too little too late.

With the game virtually decided, Razalo set the tone with an early basket in the final period to bring the lead back to over the 20-point margin at 63-41 and ensure that Adamson would finish the game strong. In the end, Adamson condemned Ateneo to their fourth consecutive loss with a 72-54 result.

Prado led all scorers in the contest with 25 points alongside eight rebounds and six steals, while Razalo showed up for the Lady Falcons as well with 16 points and 13 board. But it was Adamson’s defense that came up big, as they forced 26 turnovers from Ateneo.

Katrina Guytingco paced Ateneo with 16 points, followed by Jhazmin Joson and Go, who scored 10 each. Zoe Chu contributed nine points and nine rebounds for the Lady Eagles’ cause.

Adamson (3-3) will finish the first round against the University of the Philippines at 10:00 AM, while Ateneo (2-4) face their archrivals De La Salle University earlier at 8:00 AM. The SM Mall of Asia Arena in Pasay City will host both games on October 10.