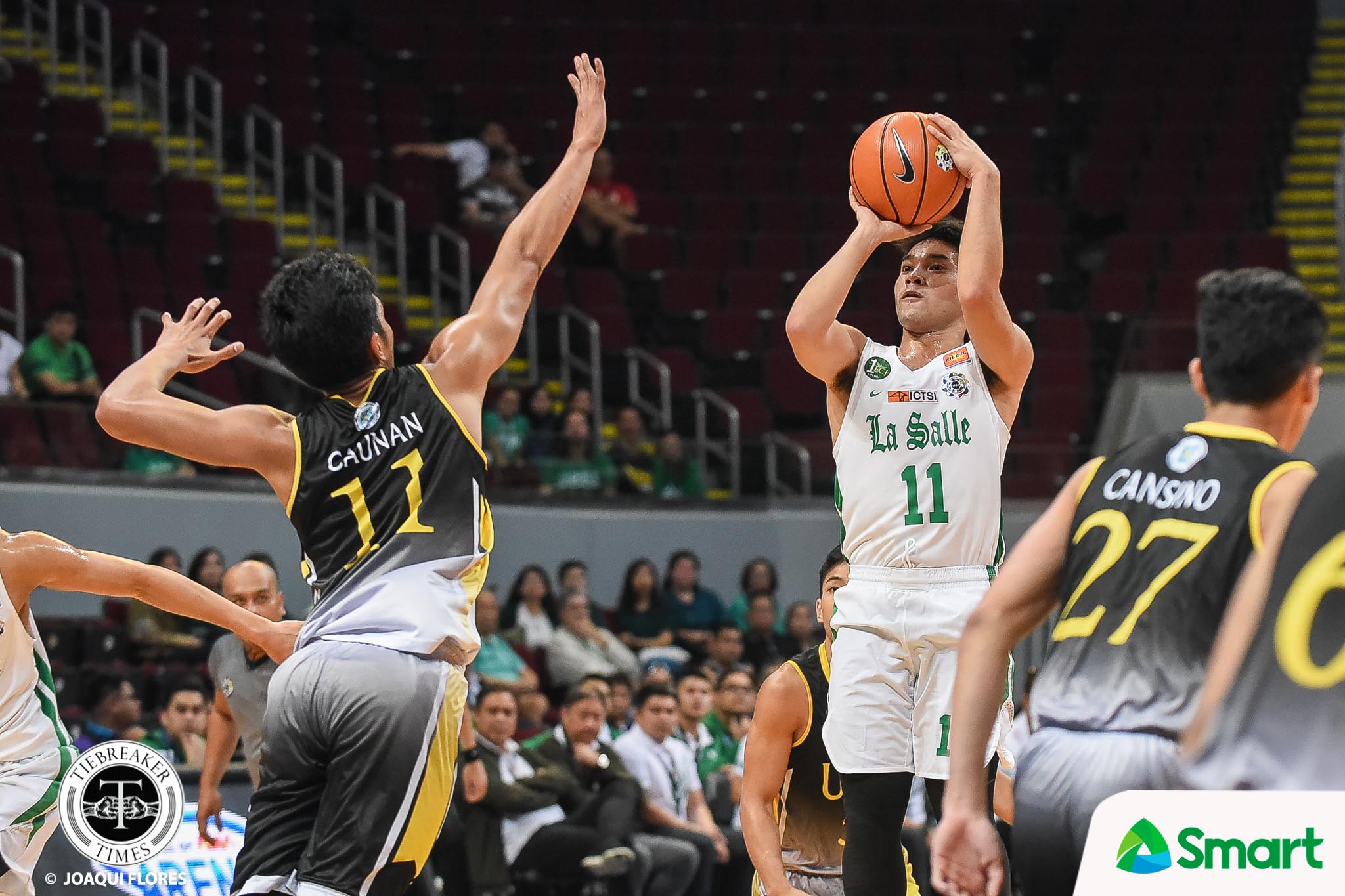 The highly-anticipated first meeting between former colleagues Aldin Ayo and Louie Gonzalez turned out to be very one-sided.

Behind a career-game by Justine Baltazar and a hot start by Aljun Melecio, the De La Salle University Green Archers whitewashed the University of Santo Tomas Growling Tigers, 99-72, Wednesday afternoon at the SM Mall of Asia Arena.

Baltazar, who only played a total of 94 minutes under Ayo last season, notched his career-high of 22 points to go along with 10 rebounds and three blocks. Melecio, who Ayo personally recruited, added 19 points.

But for first-year Green Archers head coach Louie Gonzalez, this game was not about facing Ayo or preparing for the Ateneo Blue Eagles. For them, it was about going up in the standings.

The duo played like they had an ax to grind against UST, combining for 18 points in the first quarter alone.

Jollo Go, another Green Archer that was hardly used during the last two years, joined in the act in the second frame — scoring all 11 of his points during that quarter.

Andrei Caracut and Encho Serrano continued the barrage in the third and fourth quarters, respectively.

“Actually, that’s the primary game plan today — to play forty minutes na composed and at the highest level. Good thing, everybody contributed today. Even at the end, they were sticking to the gameplan and executing,” beamed Gonzalez.

READ  Ateneo much tougher this time around with Kouame, says Olsen Racela

La Salle showed no mercy in the game, leading by as much as 31 points, 99-68, in the closing seconds of the games.

Emotions almost came to a boiling point late when Ira Bataller and Miggy Corteza dove for a loose ball. The game officials though were quickly able to separate the two.

The Green Archers raised their record to 3-2 while handing the Growling Tigers their third straight loss, falling to 1-4. Moreover, UST lost its last two games by an average of 29.5 points.

Renzo Subido tried to lead UST’s fightback, scoring a team-high 16 points. However, he shot just 4-for-13 from the field. Fellow seniors Marvin Lee and Zach Huang had 13 points each.

Steve Akomo did not play in the game due to food poisoning.

La Salle looks to build on this win when it faces arch-rivals Ateneo Blue Eagles on Saturday, October 6 at the SM Mall of Asia Arena. UST takes on the UE Red Warriors earlier in the day at 12:00nn.