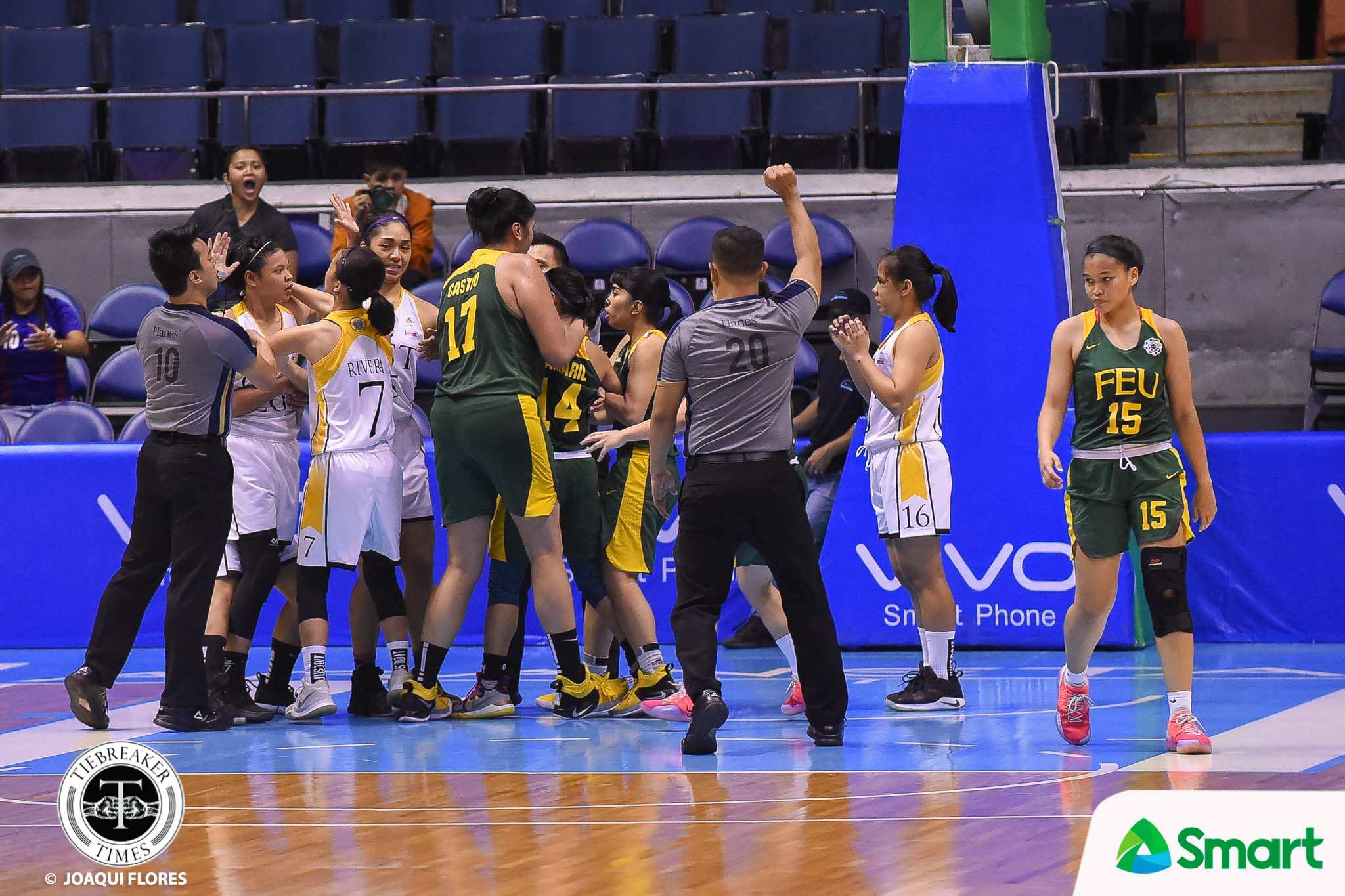 Revenge was sweet for the University of Santo Tomas Growling Tigresses.

With their first round 91-87 triple overtime loss to the Far Eastern University Lady Tamaraws last October 6 still fresh in their memory, UST enacted vengeance on the Morayta school with a 75-68 victory, Saturday morning at the Smart Araneta Coliseum in Quezon City.

The result gave the Growling Tigresses a great start to the UAAP Season 81 Women’s Basketball Tournament second round and elevated their standings to 5-3. In contrast, FEU suffered their third loss of the campaign.

“This is a big boost for us because in the first round, of course, we lost to FEU. We’re on the right foot right now. First game of the second round we have a win so hopefully we have more,” commented UST mentor Haydee Ong.

Following a tight first half, the España cagers unleashed a 13-2 run, capped off by Sai Larosa and Grace Irebu’s five unanswered points, to widen their separation to 47-34 nearly halfway through the quarter.

Emotions then ran high between both squads when Tantoy Ferrer and Elaisa Adriano got into a scuffle with roughly four minutes left in the third period. Thankfully, things did not escalate, and both players were handed technical fouls for taunting while Adriano was handed another personal foul.

Irebu then converted two charities early in the final frame to grant UST their biggest lead of the ballgame at 60-42 and make the odds of any FEU comeback slim. The Growling Tigresses’ carelessness with the ball allowed the Lady Tamaraws to return some dignity to the scoreline in the game’s dying moments, courtesy of a 7-0 run instigated by Fatima Quiapo, but the game was all over by then.

Irebu and Larosa led UST with 19 points each alongside 12 and 15 rebounds respectively. Ferrer also contributed a double-double of 10 points and 12 boards for the Growling Tigresses.

UST’s domination of the boards pushed them to the win. Ong’s wards seized 66 rebounds, 33 of which came on the offensive end. FEU only clinched 41 and 14 respectively. The Growling Tigresses also punched in 23 second chance baskets compared to FEU’s 10.

“We have controlled their offensive rebounds. We have shut down their top scorers sina (Valerie) Mamaril, (Camille) Taguiam and the girls played better half-court defense today,” answered Ong on how the Growling Tigresses improved compared to their first round clash against the Lady Tamaraws.

Quiapo paced FEU with 18 points together with six rebounds and three assists, followed by Valerie Mamaril’s 16 markers. Clare Castro was limited to 15 points and 11 rebounds, while Camille Taguiam flirted with a double-double thanks to her 10 points, nine assists and six rebounds.

#ReadMore  Cholo Villanueva takes over as Manila coach in MPBL