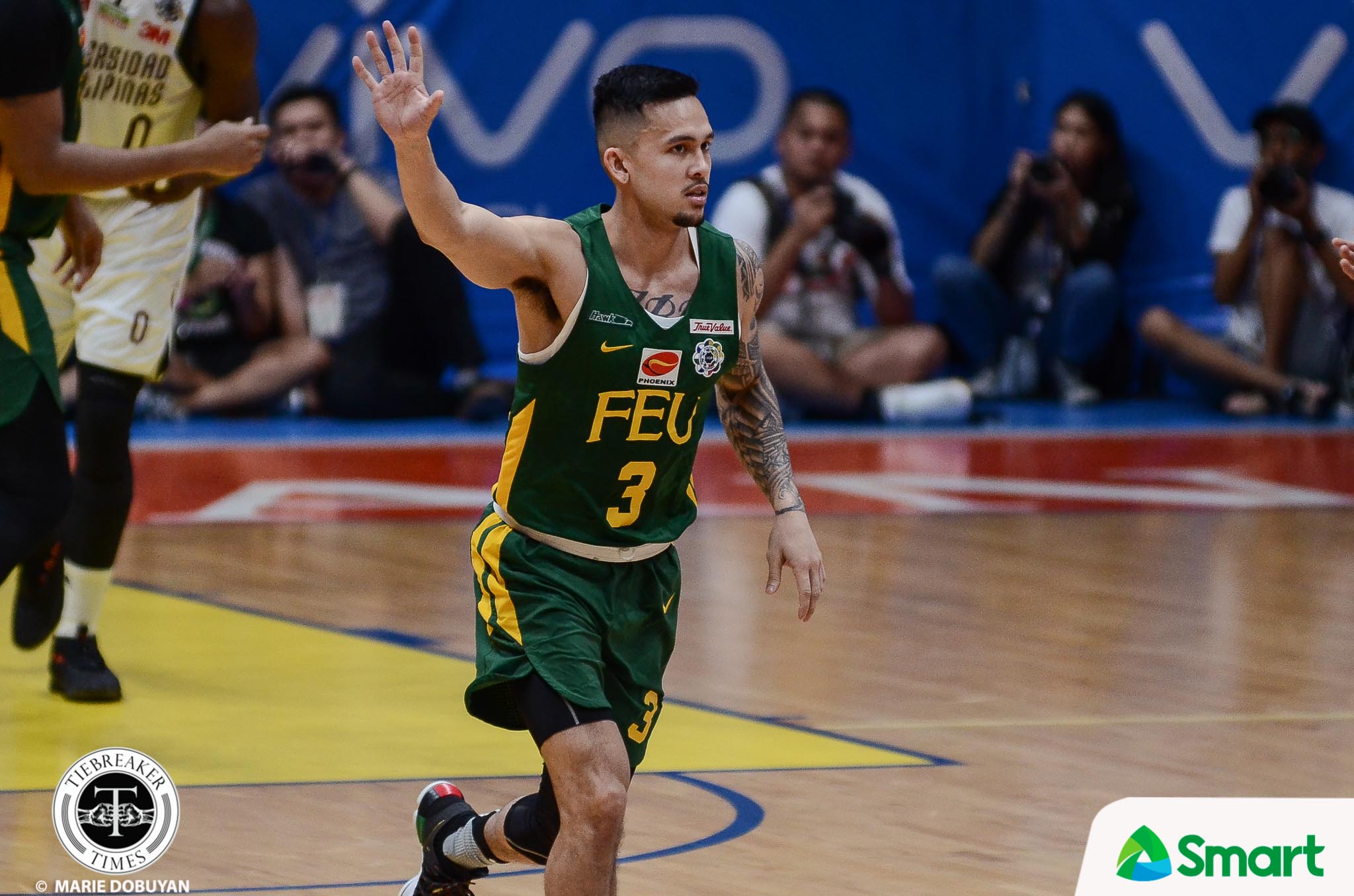 Coming off a crushing loss to the UST Growling Tigers 11 days ago, the Far Eastern University Tamaraws showed impeccable defense, stifling the University of the Philippines Fighting Maroons in a 89-73 victory, Sunday afternoon at the Filoil Flying V Centre in San Juan City.

FEU lifted their slate to 2-1 while dropping UP to a 1-2 record in the UAAP Season 81 Men’s Basketball Tournament. Moreover, the Tamaraws has won 13 of their last 14 encounters over the Fighting Maroons.

The Tamaraws had a balanced attack for the game, with Prince Orizu leading the charge with 15 points on a perfect 7-for-7 shooting clip with seven rebounds. The backcourt tandem of Ino Comboy and Jasper Parker had all-around outings as well, with the former finishing with 12 points, five rebounds, and five assists while the taller tallied 11 points, six rebounds, and six assists.

Orizu – who tallied his career-high of 25 points and 13 rebounds against UST – started the game on a blistering pace, scoring nine points in the opening frame alone. The Tamaraws kicked off the first quarter with an 8-0 spurt.

“Again, 8-0 run was an effect of our defense kaya nagalit ako nung nag-10-0 run sila. Hindi kami dapat nag-stop ng offense with offense. But UP had an off night. Again, maganda rin yung execution namin,” Racela added as UP shot just 44 percent from the field, 31 percent from range.

Behind the troika of Juan Gomez de Liano, Jun Manzo, and Jerson Prado, UP showed some fight, starting the final stanza with a 10-0 spurt. However, Hubert Cani was able to quickly answer back with six straight points to restore order. UP could not muster another run to close out the game.

The De Liano brothers paced UP, with Javi scoring 15 points while Juan adding 13 markers. However, Bright Akhuetie and Paul Desiderio continued their early season struggles, as the two shot an identical 4-for-11 clip from the field.

FEU will have a week-long break before taking on the University of the East Red Warriors on Sunday, September 30, at the SM Mall of Asia Arena. UP, on the other hand, face the Adamson University Soaring Falcons on Wednesday, September 26, at the Filoil Flying V Centre.

#ReadMore  Split second proves to be the difference for Arvin Tolentino