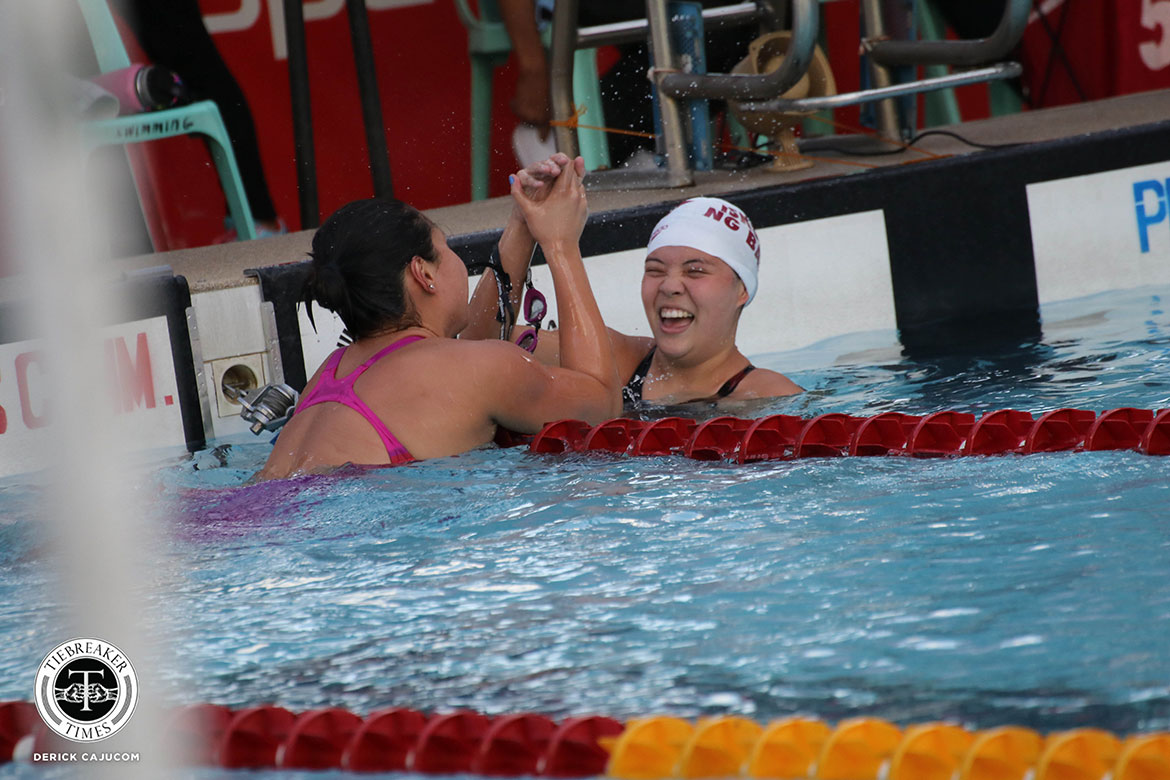 For ten years now, the University of the Philippines Lady Maroons and the Ateneo de Manila University Lady Eagles have been taking turns claiming the UAAP Swimming Championship in the women’s division.

The 81st UAAP Season seems to be no different.

In the five events at stake during the first day of action, the Lady Maroons won three, while the Lady Eagles ruled two.

In typical fashion, UP continued their mastery of Ateneo in the relay events. Janna Taguibao, Alyssa Pogiongko, Teresa Dela Rosa, and Ariana Canaya showed enough heart to finish first at 2:06.93 and hold off a rampaging Ateneo (2:07.47) in the 200m medley relay. DLSU completed the podium with a time of 2:09.24.

Despite these golden performances by UP, the darling of the afternoon was Season 80’s Rookie-MVP Chloe Daos of Ateneo. Daos began her Season 81 campaign by delivering a UAAP record performance  in the 800m freestyle, as she erased Kimberly Uy’s 9:26.11 record in 2014 with a time of 9:24.51. Gavino finished second in 9:50.15 while UST’s Mariel Sorolla rounded out the podium in 10:15.55.

Later, Daos returned to the pool to vie for the 100m freestyle gold – the only event in which she finished as a runner-up last season. This time, however, she came prepared as she narrowly edged out teammate Andrea Ngui (59.70 seconds), who was last year’s winner, by recording a time of 59.62 seconds. DLSU’s Dara Evangelista touched third in 1:01.76.