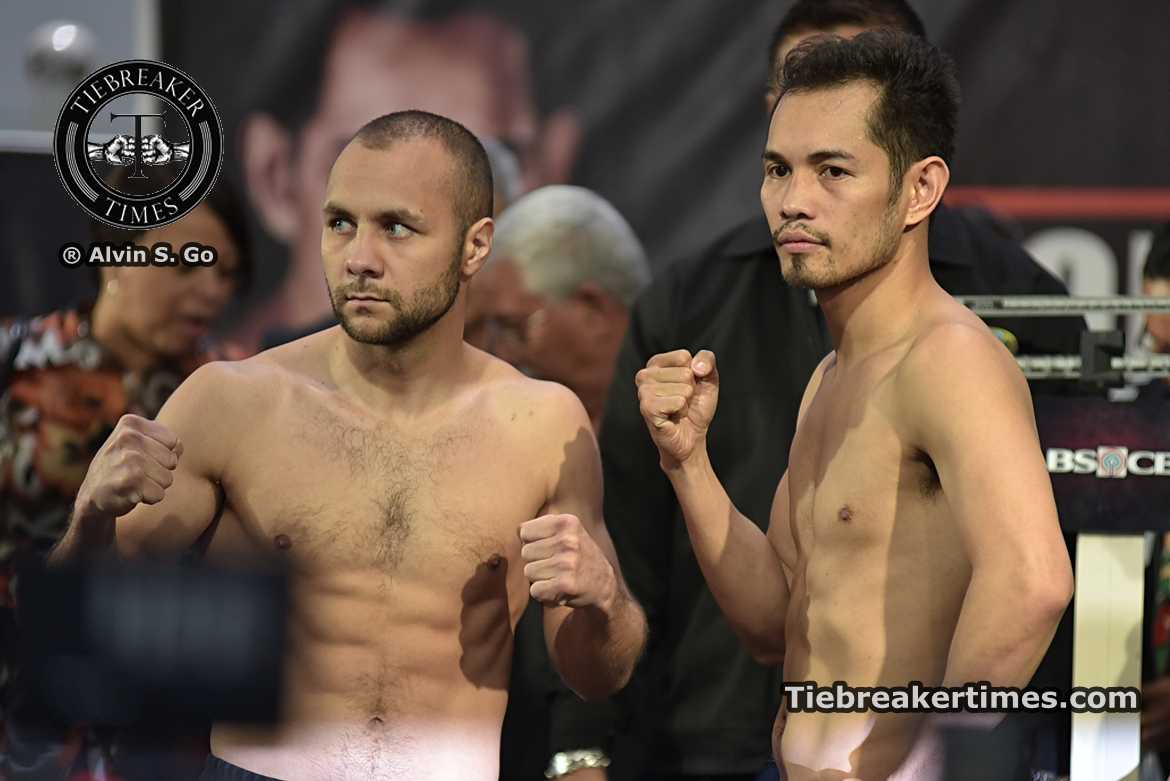 “The Filipino Flash” Nonito Donaire (36-3) and “Mr. Lefthook” Zsolt Bedak (25-1) are ready for their big clash tomorrow in front of a sold-out Cebu City Sports Complex deep in the heart of Cebu City, Philippines.

In a festive weigh-ins held at the Ayala Center Cebu in Cardinal Rosales Ave, Cebu City Friday morning, the fighters stepped on the scales and faced-off one last time before Top Rank and ALA Promotions’ The Time Has Come card.

“Nonito is a changed man. When he became the fighter of the year fours years ago, he was on top of the boxing world,” ALA Promotions CEO Michael Aldeguer said about the younger Donaire. “When he lost to Nicholas Walters, it was a wake-up call to him.” Elorde Awards trainer of the year Nonito Donaire Sr. then added, “Nagkukusa na siya dahil very matured na siya ngayon dahil may pamilya na siya, may mga anak na siya. May pinaglalaban na si Nonito.”

For the challenger, he admitted that a win will change his life. “My job is to train and box. My capabilities will lead me to the win,” he said.

In the undercard, both ALA Promotions upstart Mark “Magnifico Magsayo (13-0) and Chris Avalos (26-4) both weighed-in at 125 lbs. for their WBO International Featherweight Championship fight.

“Be yourself. I hope that Magsayo comes out tomorrow, the mindset and the will to win comes out. I don’t know if our decision is right but you will never know where Magsayo is unless you give him a tough opponent,” Aldeguer said about Magsayo. However, Avalos gave a stern warning to the ALA camp in saying, “This is a man facing a boy fight. I will teach him a lesson.”

In a match that added international flare to the deep card, Australian Paul Fleming (21-0) and Mexican Miguel Angel Gonzalez (22-7-1) both made weight for their clash for the vacant WBC Continental Americas Super Featherweight belt. Fleming weighed-in at 129 lbs while Gonzales was a fit 130 lbs.

#ReadMore  Sen. Pacquiao on return bout: 'Boxing is my source of income'

In welterweight action, ALA standout Jason Pagara (37-2) and his Mexican opponent Miguel Zamudio (35-8-1) both weighed an identical 143 lbs. “Jason needs more exposure. If he wins tomorrow, he’s going to be in our card in the United States to give him exposure to the American audience,” Aldeguer said about what is at stake for Pagara.

However, one foreign fighter missed. Filipino Joe Santisima (9-2) was able to make Super Bantamweight limit at 123 lbs while his opponent, Thai Tabthong Buamas (14-3), was a pound overweight at 125 lbs.