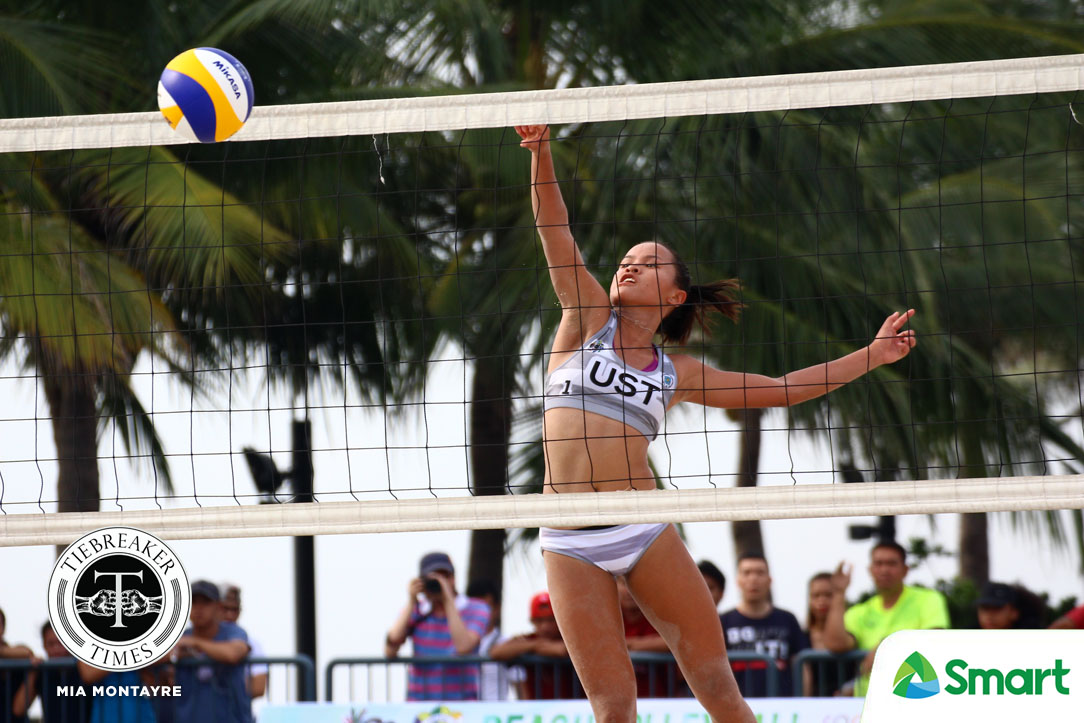 Defending champions Univeristy of Santo Tomas Golden Tigresses made their road to a repeat much clearer after sweeping the elimination round and earning a berth directly in the best-of-three Finals at the SM Sands by the Bay in Pasay City.

Since Rondina started playing for UST, Season 80 marks the third time they have swept the elimination round.

FEU, on the other hand, drop to the second seed of the stepladder Final Four and salvage a twice-to-beat advantage.

They face the Univeristy of the Philippines’ Tots Carlos and Arielle Estrañero tomorrow at 3 p.m.

The Lady Maroons earned their berth up the ladder with a thrilling three-set triumph over De La Salle University Lady Spikers Tine Tiamzon and May Luna, 17-21, 21-19, 15-12.

If FEU win in their first match, they play in the Finals later in the day. If UP force a second game, the Finals will be moved to Saturday.