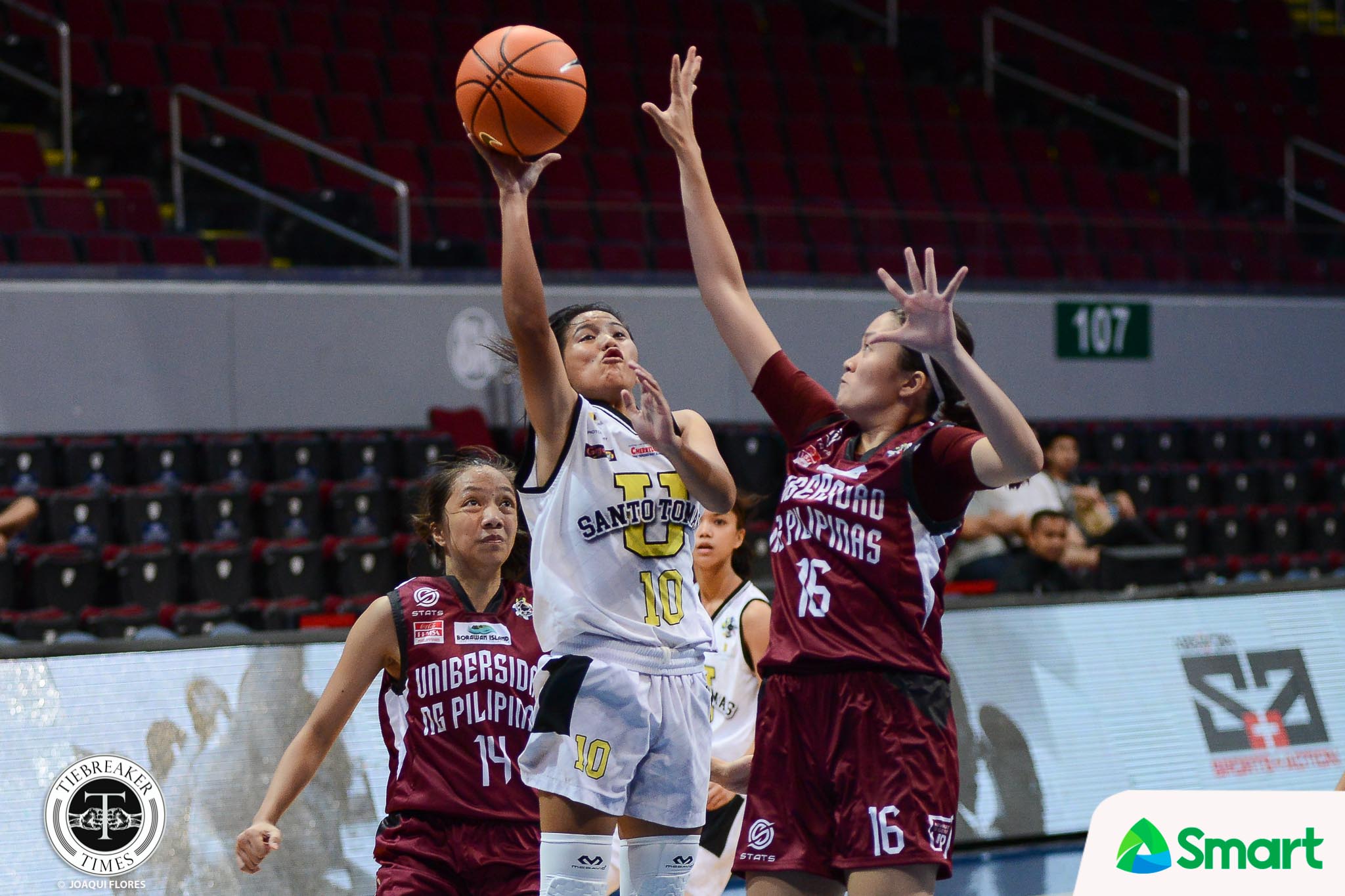 After a heartbreaking end to their UAAP Season 79 season campaign, the University of Santo Tomas Growling Tigresses opened their new season in dominant fashion, romping the University of the Philippines Lady Maroons, 85-58, Sunday morning at the SM Mall of Asia Arena in Pasay City.

“We had nine months preparation after the last UAAP. That’s the best thing that happened for us,” said UST head coach Haydee Ong. “We’re happy to get our first win of the season kasi last year talo kami.”

The Lady Maroons were able to keep close with the Growling Tigresses during the third frame, 48-50, with 3:03 left as Daphne Eslplana and rookie Carmela Bascon found their range from downtown.

But Ong made an adjustment during the final frame by going small to run past the Lady Maroons.

The Growling Tigers locked the Lady Maroons down in the final 6:27 of the game as UST went on a 20-1 run that turned an eight-point lead into a 27-point edge. Angeles sparked the rally, scoring five points in the rally.

Still, Ong sees a lot of things to improve on for her team, especially in the free throw shooting department as the Tigresses shot just 17-for-33 from the stripe.

Iriss Isip, who missed last season due to an ACL injury, scored a team-high 22 points for the Lady Maroons to go along with seven rebounds. Esplana added 12 markers.

UP though missed the services of co-captain Therds Medina as she suffered a thumb injury two days prior to the season.

The Growling Tigresses will next face the Adamson Lady Falcons in the rematch of last year’s do-or-die playoff on Saturday, September 16 at 10:00am. The Lady Maroons, on the other hand, will take on neighbors Ateneo Lady Eagles on Wednesday, September 13 at 10:00am.