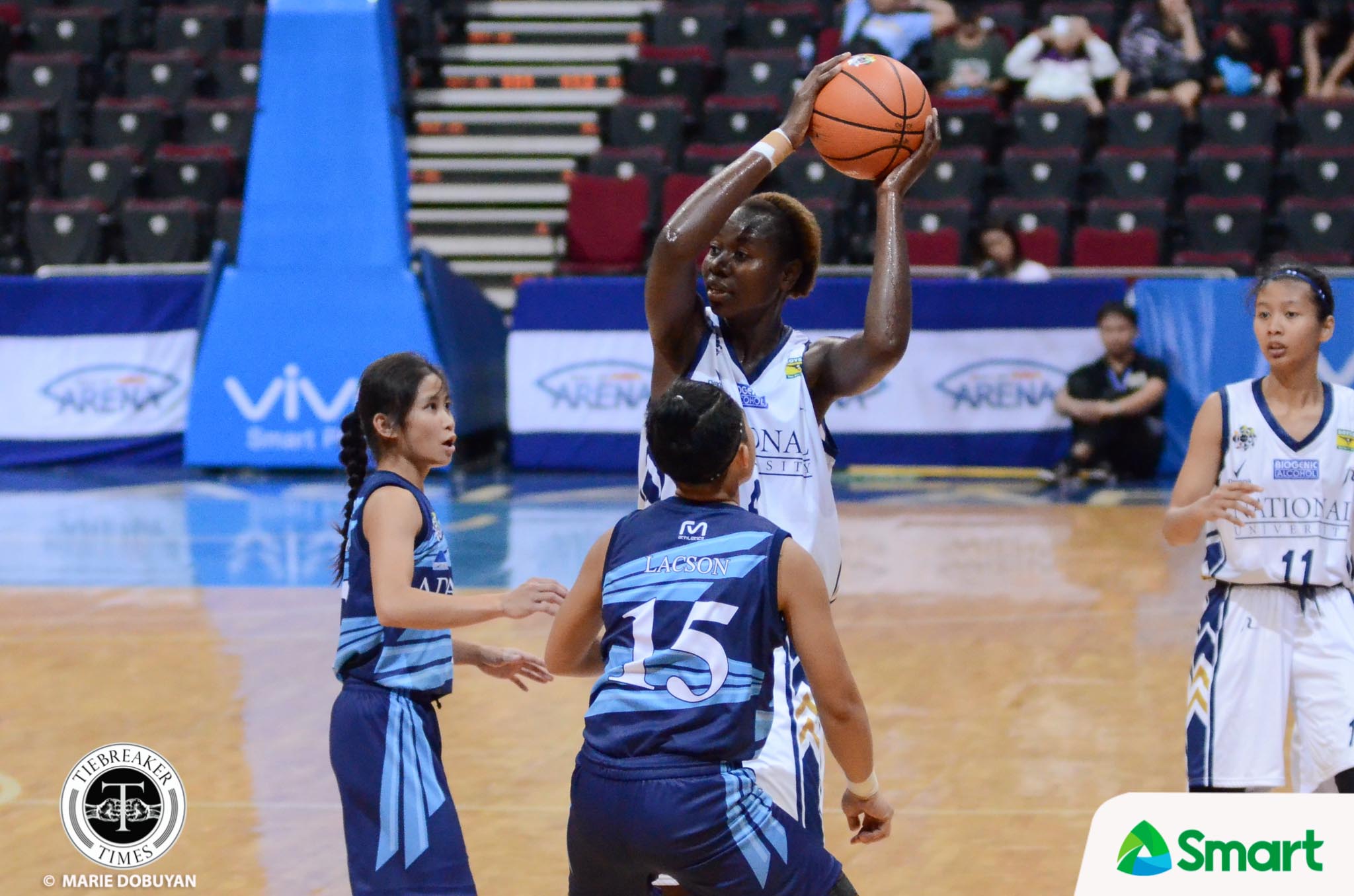 The formidable National University Lady Bulldogs extended their dominance of the UAAP Season 80 Women’s Basketball Tournament with an 82-38 rout of the Adamson University Lady Falcons.

Both Rhena Itesi and Ria Nabalan contributed double-doubles; Itesi had 18 points and 22 rebounds, while Nabalan had14 points and 12 rebounds for the Lady Bulldogs, today at the SM Mall of Asia Arena in Pasay City.

The contest was as good as over, as early as halftime, when a Monique Del Carmen basket handed NU a 41-17 separation from Adamson. The Lady Falcons had scored 88 points in their previous game against De La Salle University, but the Lady Bulldogs’ stingy defense erased any chances for the former.

NU coasted all throughout the game, and it was in the fourth quarter that the Lady Bukldogs got their biggest lead of the ballgame, 80-27, courtesy of Antiquera’s three-point play.

Pat Aquino’s squad ultimately prevailed 82-38 against Adamson in what was a statement game for all to see. NU controlled the boards with 69 rebounds compared to Adamson’s 37, which in turn provided them 42 inside points versus the latter’s 14.

Aquino’s wards also shot 40.51 percent from the field, which was too much for Adamson, who only accomplished 22.06 percent.

“I just tell (the players) you really have to work. We try to motivate them by setting goals for them during games and hopefully we could accomplish those goals every game,” added Aquino.

NU (4-0) shall look for their fifth straight win this season against the Far Eastern University on September 27, 8:00 AM, while Adamson (1-3) will face the University of the East on October 1, 10:00 AM. Both games are to be held at the Smart Araneta Coliseum in Quezon City.