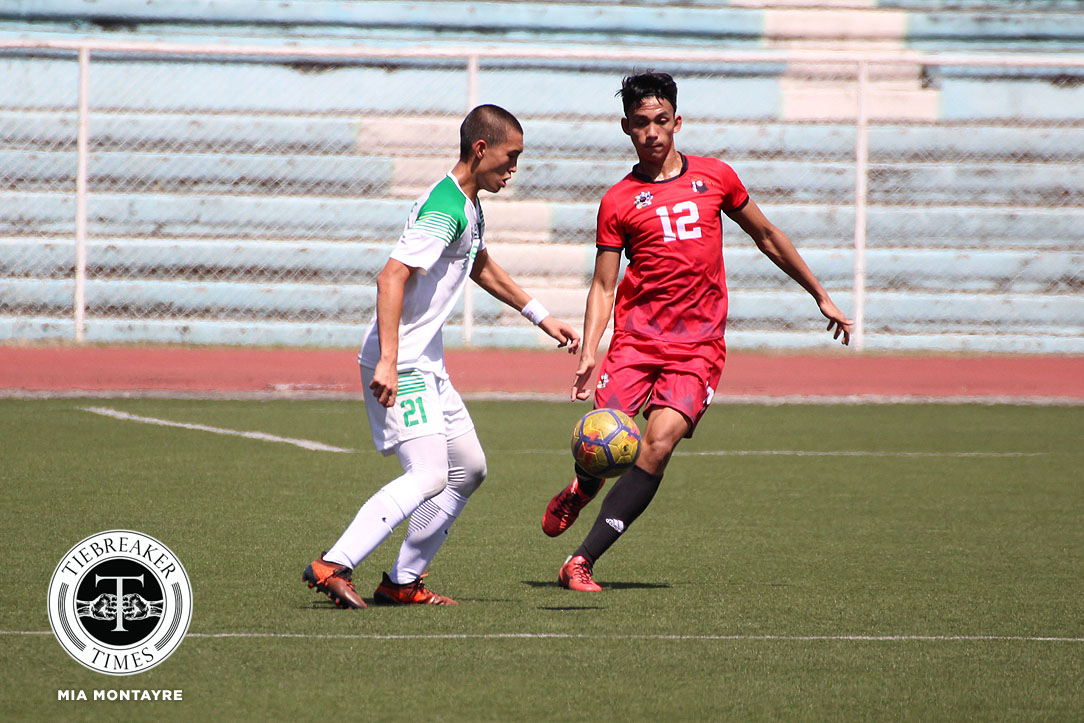 They may not have booked a ticket to the Final Four but the University of the East Red Warriors won the respect of all observers with the immense growth of their program during the UAAP Season 80 Men’s Football Tournament.

Up against a post-season bound De La Salle University Green Archers, Mar Diano and Mark Lerion propelled the Red Warriors to a 3-1 victory to end their season on a high Sunday afternoon at the Rizal Memorial Stadium in Manila.

UE’s win allows the Red Warriors to end the season with 19 points, one behind the Green Archers who end the elimination round with 20 points. The loss leaves La Salle at fourth seed for the Final Four and allows the UST Golden Booters to clinch the third seed with a game in hand.

The Red Warriors enjoyed a dream start to the game thanks to two goals from Diano. Diano struck past Green Archers goalkeeper Kerbi Almonte at the 15th and 26th minutes to hand UE a sizeable lead over the La Salle.

La Salle, though, kept on knocking at the door and finally opened it thanks for Nicko Villacin. Villacin headed in Yoshi Koizumi´s cross away from UE goalkeeper Frank Rieza´s clutches to hand the Green Archers a lifeline.

Villacin´s goal raised the Green Archers´ morale and threatened to hasten the Red Warriors´ surrender. Right at the stroke of halftime, UE defender Louie Polinag was sent off after incurring his second yellow card which forced Fitch Arboleda´s men to play with 10 men until the end of the match.

Unfortunately for the Green Archers, they failed to ride on their momentum in the second half. Koizumi earned a penalty for La Salle after he was brought down in the UE box but Mathew Custodio squandered the opportunity to draw level.

Custodio´s miss brought back hope for the Red Warriors. Unlike La Salle, UE made its opportunities count and restored a two-goal cushion when the Green Archers failed to close down Lerion who scored the Recto school’s third goal and sealed the win at the 66th minute.

The Red Warriors end the season at fifth place in what is their highest finish in years, although they can fall down to sixth depending on the result of the UST-NU game which will be played after.

On the other hand, the Green Archers will either face the Ateneo Blue Eagles or the UP Fighting Maroons in the Final Four.