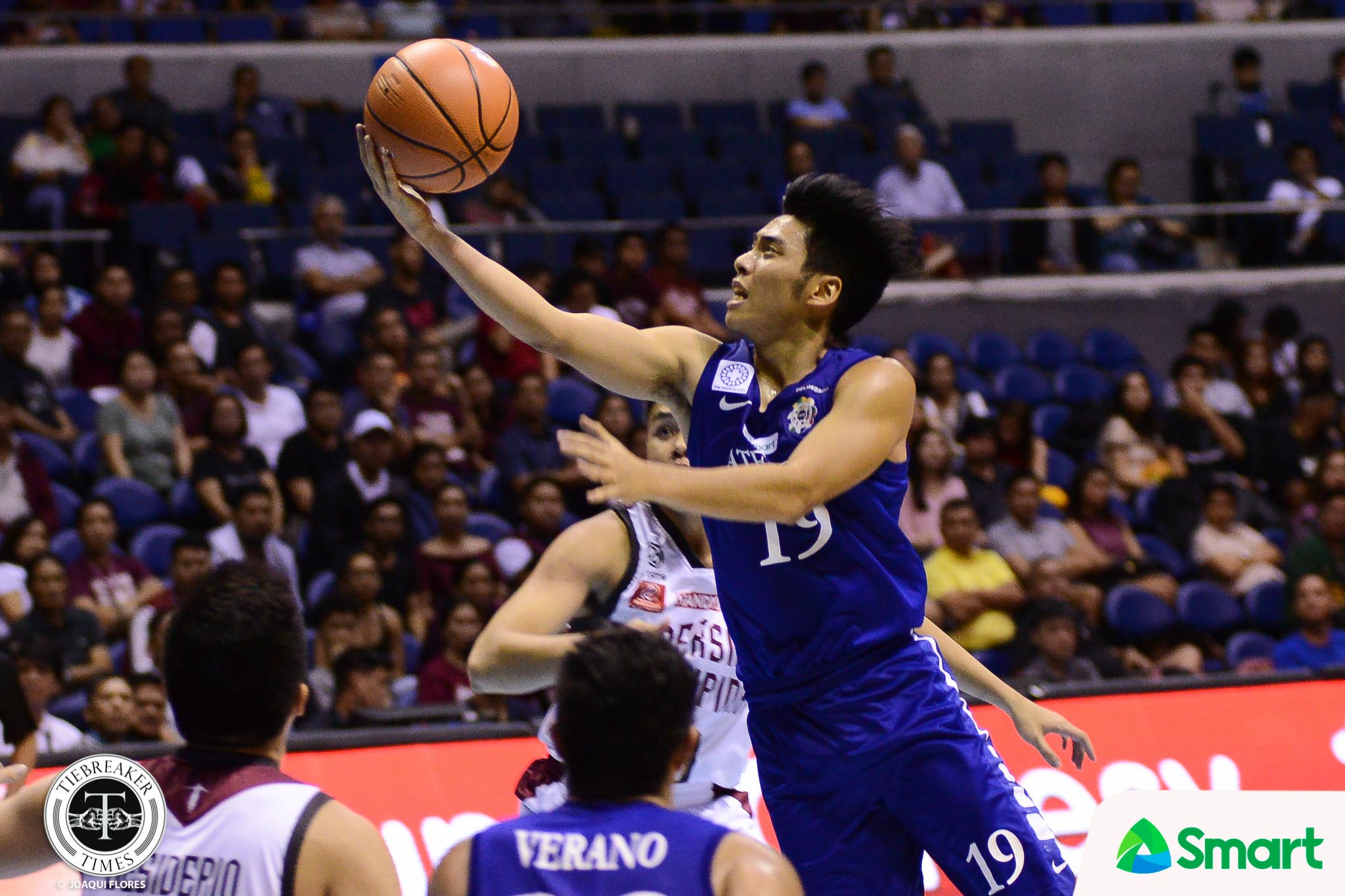 After sitting out the first game due to a left ankle sprain, Tyler Tio made sure to have a debut to remember, helping the Ateneo de Manila University Blue Eagles rout the University of the Philippines Fighting Maroons, 92-71, Wednesday evening at the SMART-Araneta Coliseum in Quezon City.

Tio, who sat out last season due to citizenship issues, finished with 14 points on a perfect 6-of-6 shooting from the field.

“It was a very good performance considering that it’s his first game, a little bit rusty coming from the injury,” praised Ateneo coach Sandy Arespacochaga about Tio. “He played his game and we needed him to play well.”

And the Filipino-Canadian, who graduated from Xavier School, made his presence felt in the final frame. With Ateneo holding an 11-point lead entering the final frame, Tio torched the UP defense, scoring eight straight points — including a couple of triples put the game out of reach.

Ateneo’s lead only ballooned in the final frame, leading by as much as 24 points, 86-62 with 3:17 remaining, after back-to-back conversions by Matt Nieto.

Moreover, the Blue Eagles completely had their way against the Fighting Maroons, as Ateneo out-rebounded UP, 51-38, including an 18-12 advantage in offensive rebounds that led to a 31-7 edge in second chance points.

“Hats off to the guys that stepped up for us. One of the things that Coach Tab [Baldwin] said at half time was we needed to playbetter defnese and we needed to take care of the ball more,” recalled Arespacochaga. “They shot 44 percent from the field in the first half and we brought that down to 37 percent so that’s a big improvement.”

Thirdy Ravena led Ateneo with 16 points, eight coming from the foul stripe, to go along with six rebounds, while Aaron Black almost had a double-double with nine points and 10 rebounds.

UP ace Paul Desiderio was constantly hounded by a plethora of Ateneo defenders all throughout the game, and was limited to just nine points on a horrid 4-for-18 shooting.

Ateneo look to continue their dominant run on Sunday, September 17, against the Far Eastern University Tamaraws. UP, on the other hand, take on the University of the East Red Warriors on the same day at 2:00pm.