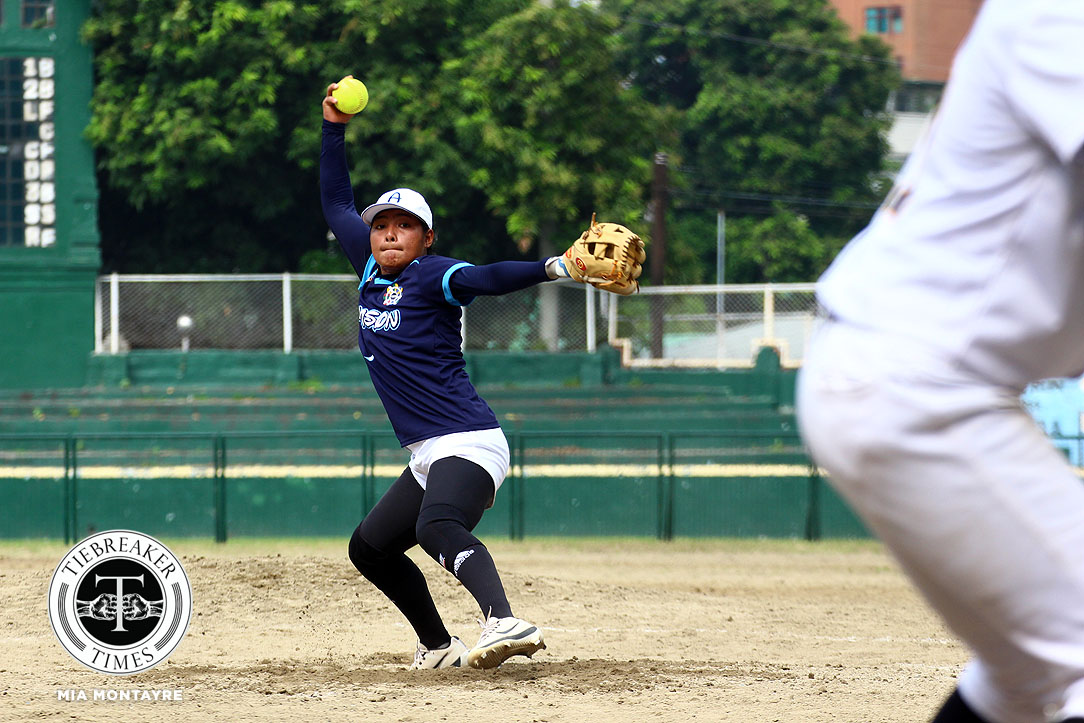 The highly-anticipated rematch between defending champions Adamson University Lady Falcons and the University of Santo Tomas Tiger Softbelles turned out to be a clinical outing for the former.

With Lyka Basa on the mound, the Lady Falcons were able to outclass the Tiger Softbelles, 7-2, Saturday afternoon at the historic Rizal Memorial Baseball Stadium.

Adamson’s batting order connected with ease against her, and later on against Mary Rose Acuna. By the time Antolihao took the mound, the Lady Falcons already had the bases loaded, punching in three runs for the early lead.

Last season’s runners-up were able to get two back during the fourth inning, as Tin Palma slammed a two-run homer to left field. However, Adamson’s firepower proved to be too much, as they racked up two runs each during the fifth and seventh inning.

With the win, Adamson take solo lead in the standings with a 4-0 record. UST, on the other hand, fell to a close second at 3-1.

Adamson will next face the University of the East Lady Warriors on Monday, February 12, while UST look to bounce back at the expense of the streaking National University Lady Bulldogs.