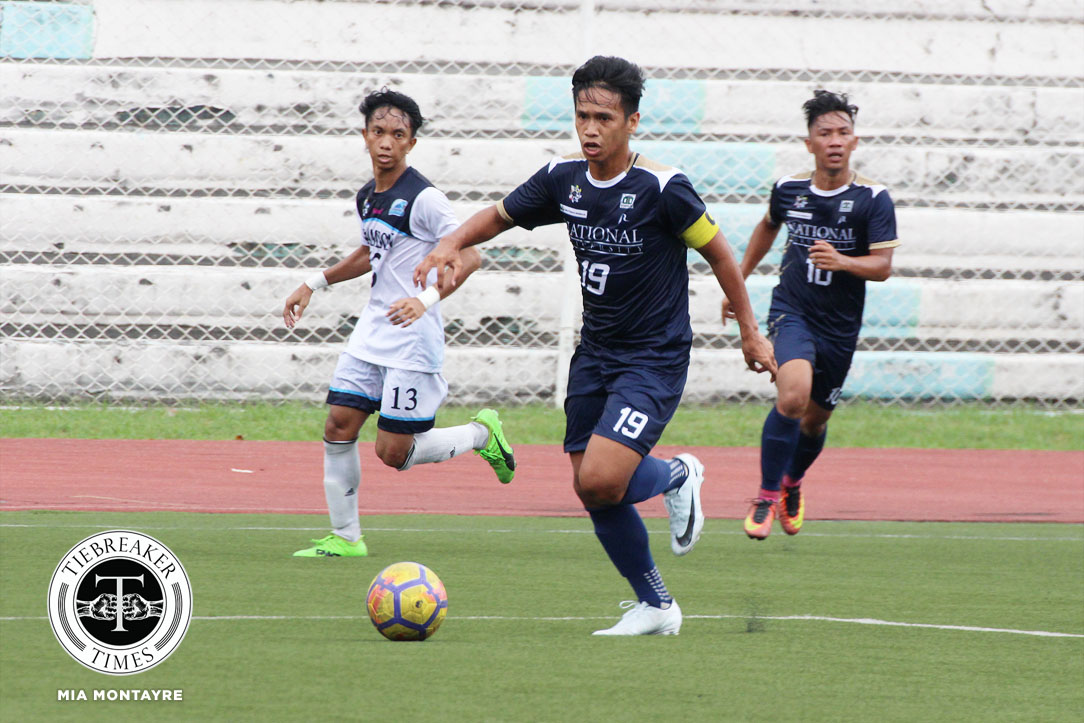 Whisper it, but some sort of momentum may be building up for the National University Bulldogs.

Following their goalless draw against the University of Santo Tomas last February 15, the Bulldogs defeated the Adamson University Soaring Falcons 1-0 to nail their first win of the UAAP Season 80 Men’s Football Tournament.

Aberasturi’s boys got the goal they were looking for in the 37th minute when skipper Patrick Valenzuela directed the ball past Soaring Falcons goalkeeper Carl Viray from close range.

Adamson tried to respond to the setback, and the Soaring Falcons brimmed with renewed intensity right after halftime. Center-back Bryce Rabino’s header from a corner kick went straight to Bulldogs goalie Chris Perocho. Moments later Jusuel Pilarca shot wide when he was unmarked in the NU box.

The Bulldogs, though, should have doubled their cushion nearly halfway through the period. Jekar Sullano released a fine cross from the left flank and substitute Marvin Viray, with the goal at his mercy, failed to put the ball at the back of the Adamson net and the chance was wasted.

Time ticked on for Adamson to get that equalizer. Adamson substitute Ejike Ugwoke tried his luck close to the NU box, only to see his attempt easily caught by Perocho. After the period’s water break, Pilarca again had a sniff at goal that went wayward.

With only nine minutes left on the clock, it was NU who went close to sealing the deal. Midfielder Lawrence Colina struck on a loose ball in the Soaring Falcons box, but it was deflected out.

Luckily for Colina and company, they were not forced to pay for that miss, as Perocho performed a fine save to deny Pilarca in a one-on-one situation seconds after. Ultimately, NU celebrated their first win of the campaign with a 1-0 grindout of Adamson.

The two schools shall next play on February 22 at Rizal Memorial. Adamson will go up against the Far Eastern University at the 2:00 PM game, while NU shall look to build on this win versus the University of the Philippines afterwards at 4:00 PM.