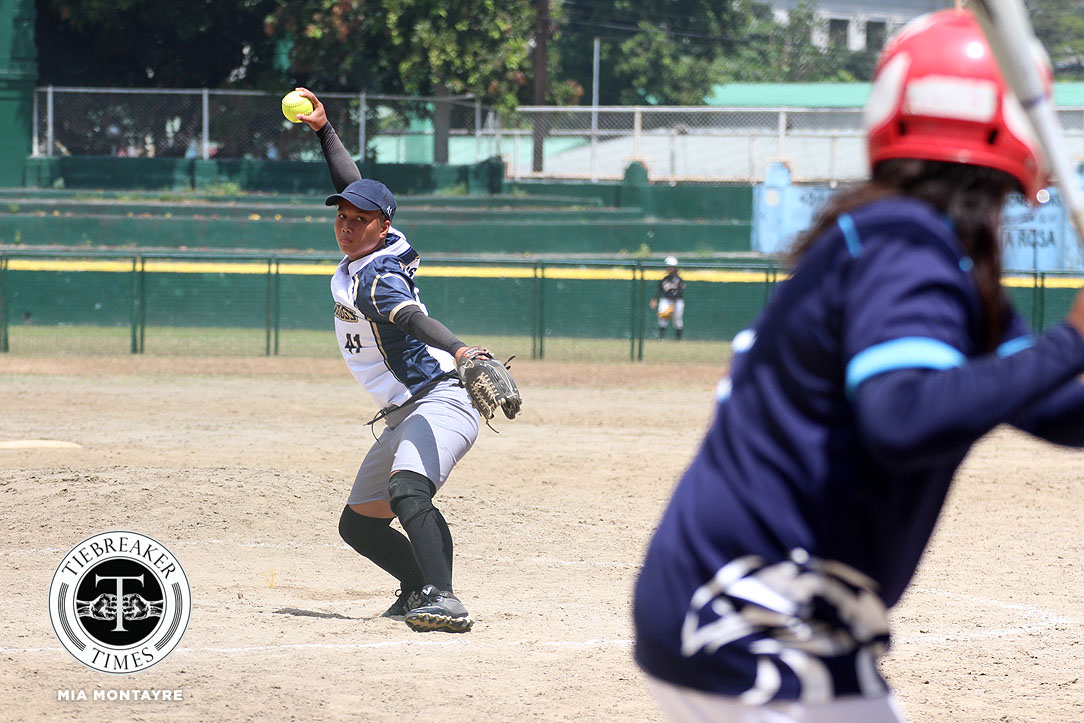 With the win, the NU Lady Bulldogs clinched a Final Four berth with a 7-4 record, tied for second with the UST Tiger Softbelles. More importantly, it was a pivotal moment in the program as after multiple close calls, the Lady Bulldogs finally broke through.

Already assured of top seed, Adamson Ana Santiago opted to tinker with her line-up while resting ace pitcher Lyca Basa for the contest.

Still, behind Leslie Benabaye’s three hits, the Lady Falcons were up 6-3 entering the sixth inning.

“Sinabi ko lang na pag gusto nila manalo, go for it. We only have one chance to beat them so ibuhos na namin,” he added.

As Arlyn Bautista tired out on the mound, she gave up hits and balls during the sixth inning that was capped by two-RBI double by Nicole Ordoyo to knot the game at 6-all. Three more runs were punched in after three straight doubles by Shaira Damasing, Ghene Nietes, and Mary Ann Ramos against reliever Baby Jane Raro.

NU will take on the UE Lady Warriors in the final day of the elimination round on Saturday, March 3. Adamson, on the other hand, faces the DLSU Lady Batters on the same day.