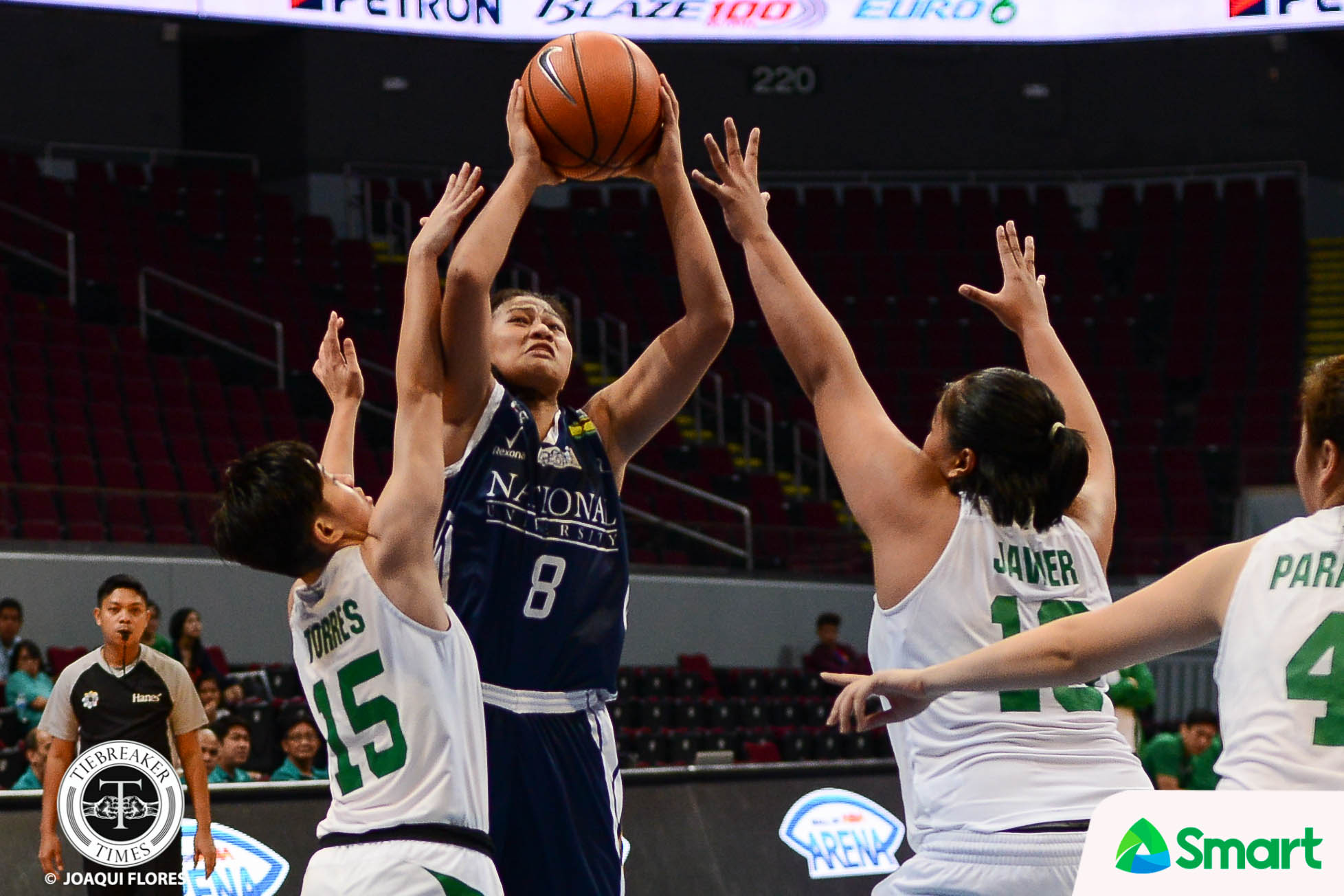 NU are now 10-0 in the UAAP Season 80 Women’s Basketball tournament, taking their 58th straight win. La Salle, on the other hand, dropped to 2-8.

Ria Nabalan filled up the stat sheet anew in this contest, finishing with 13 points, nine rebounds, and eight assists. Foreign student-athlete Rhena Itesi added 12 points on an efficient 6-for-10 shooting to go along with 14 rebounds.

Still, Lady Bulldogs head coach Patrick Aquino is looking for perfection from his student-athletes, looking for 40 minutes of consistent basketball.

“Let’s just say na one game at a time lang. We should be ready for Ateneo and hopefully we don’t start slow again like today. We had lots of errors in the first half and yung defense namin, La Salle had easy baskets,” said the three-time champion coach.

With NU playing relaxed basketball against La Salle, Aquino quickly plugged Jack Animam into the game midway through the first frame. The leading MVP candidate quickly turned things around, scoring eight points in the opening quarter to give NU a double-digit lead that they would not relinquish.

The Lady Bulldogs’ bench did not let up in the final frame, as baskets by Jhian Layug and Mikka Cacho gave NU a game-high 39-point lead, 87-48, with 1:23 left in the game.

Cacho finished with eight points on a perfect 4-for-4 clip while grabbing seven rebounds. For the second straight game, every Lady Bulldog fielded was able to score at least one field goal.

Already without Camille Claro, Benette Revillosa, and Susan Al-Mohamed for the season, La Salle had also lost Joehanna Arciga after she suffered a fracture on her right knee. The injury occurred during the Lady Archers’ 49-56 loss to the Ateneo Lady Eagles last Sunday.

Aquino, though gladly chalking up another win, could not help but be saddened to see another rival figure in an injury-riddled campaign.

“‘Di natin maiiwasan yung injuries. Things like that are bad for the team. Sila Claro and sila Arciga, I hope that they get well because it’s going to be good for the league,” said Aquino, who is also the head coach of the National Women’s Basketball team.

Khate Castillo was the sole bright spot for La Salle, scoring 19 points that included five triples. As a team though, the Lady Archers went just 35 percent from the field and attempted a miniscule five free throw attempts.

NU will next face the Ateneo de Manila University on Saturday, October 28, at 10:00am while La Salle take on the Adamson University Lady Falcons on Sunday, October 29, at 10:00am. Both games will be played at the SM Mall of Asia Arena in Pasay City.