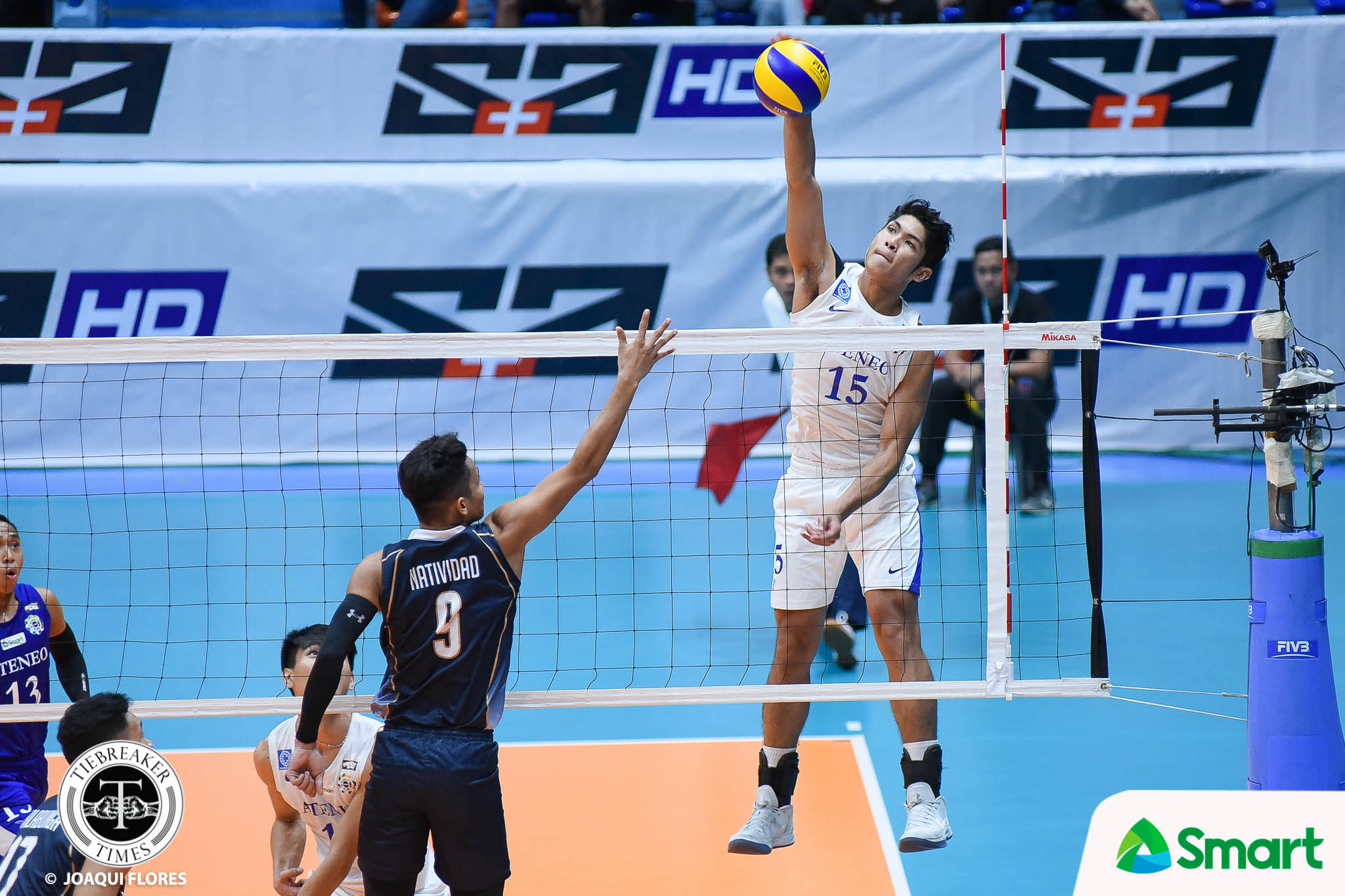 The Blue Eagles continued their dominance over the Bulldogs, winning their 13th consecutive UAAP match against NU.

Seeking their fourth straight UAAP title, the Blue Eagles needed this win to bounce back from a terrible loss to the Far Eastern University.

“We just came from a terrible loss. Well it just shows na everything should come from the ground. Hindi pwedeng you assume what to expect. Importante, if you want to expect something you have to work for it. My players delivered well, they owned the team, they owned this game,” said Ateneo head coach Oliver Almadro.

Ateneo opened the match with a decisive comeback, erasing a 23-20 NU lead and taking six of the next seven points to take the lead. The Blue Eagles then recovered from a sluggish third set loss by opening the fourth frame with an 8-2 blitz. The Bulldogs got within one, 12-13, but the Blue Eagles immidiately averted disaster, rattling off the next four points to seal the winning deficit.

The Blue Eagles (1-1) will try to end the perfect start of the University of Santo Tomas (2-0) on Sunday at the FilOil Flying V Centre. The Bulldogs (1-1) face the winless University of the East Red Warriors (0-2) also on Sunday.