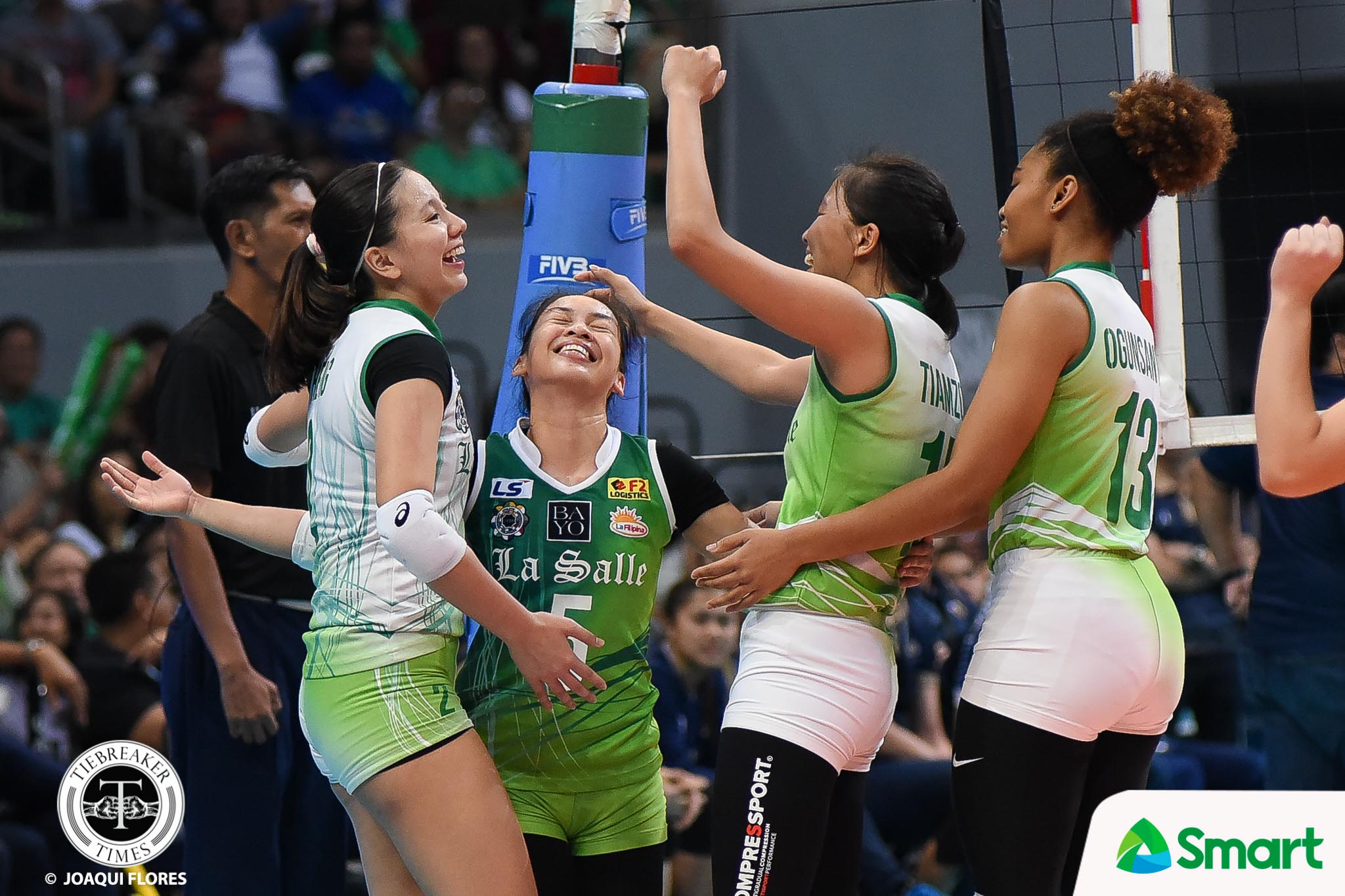 Building on their illustrious winning tradition, the De La Salle University Lady Spikers eliminated the National University Lady Bulldogs, 27-25, 25-22, 25-11, and broke into the UAAP Season 80 Women’s Volleyball Finals for the 10th straight year at the SM Mall of Asia Arena.

The Lady Bulldogs sprinted to start the match, grabbing a 19-15 lead in the first set. Leaning on their league-best defense, the Lady Spikers crawled back and forced a deuce. La Salle veterans took over in the late game with Majoy Baron blocking Jaja Santiago before Desiree Cheng delivered an ace to close the set.

La Salle carried their momentum into the second set, leaning on Kianna Dy to grab an 18-14 lead. NU made a late push, coming within one, 22-23. From there, La Salle’s open spikers capped the with May Luna and Tin Tiamzon conspiring for La Salle’s last two points.

Their foes deflated, the Lady Spikers stamped their class to clinch the sweep. The defending champions took a 13-3 lead and never looked back.

Dy finished with 17 points while Tiamzon added 11 markers for the Lady Spikers who dished out 11 total aces.

The Lady Spikers take on the FEU Lady Tamaraws, their foes in the Season 71 Finals, in their quest for a three-peat. Game One is on Saturday at the Smart Araneta Coliseum.

NU ace Jaja Santiago and open spiker Aiko Urdas played their final game in the UAAP. The six-foot-five Santiago had 17 markers while Urdas had just a single points.

Santiago finished her career without a UAAP title and three Final Four exits. She came closest to making the Finals in Season 77, when the Lady Bulldogs forced a do-or-die match against La Salle in the Final Four.