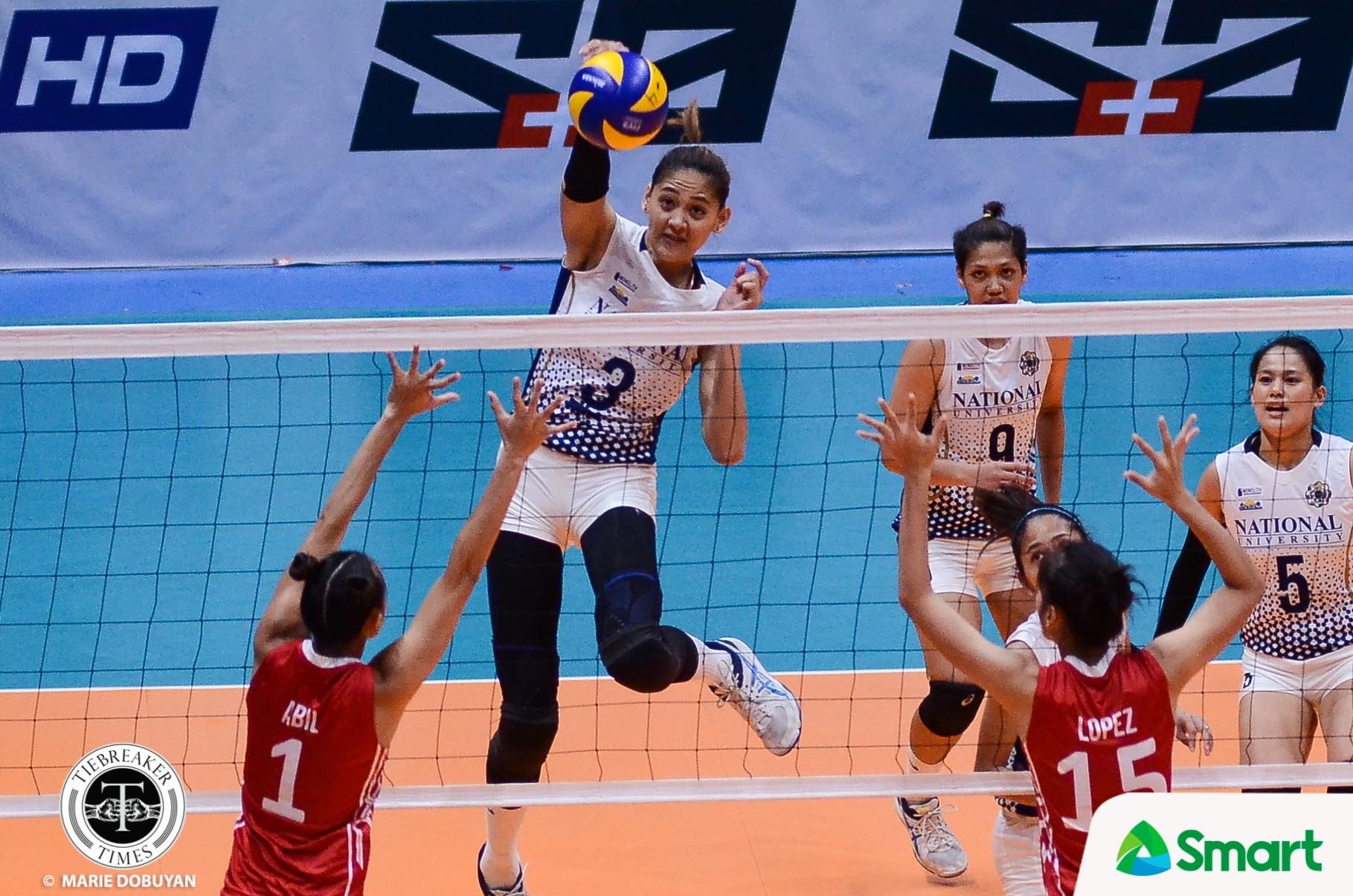 The National University Lady Bulldogs stayed undefeated after evading the upset-hungry University of the East Lady Warriors, 25-15, 18-25, 25-23, 25-19, at the FilOil Flying V Centre.

After demolishing their foes in the first set, NU suffered a sudden collapse in the second frame. Leading 18-17, the Lady Bulldogs allowed UE to take the next seven points in a blur of aces and errors. NU continued to struggle into the third frame, with the hapless Lady Warriors grabbing a 22-20 lead after a Glayssa Bendong ace.

According to NU head coach Babes Castillo, their slow play in the third set was due to their tentativeness on the court.

“I think there was a bit of reluctance on our part on how we wanted to approach the game. We wanted to go all out pero there was a part of us din na was still a bit reluctant,” said Castillo.

The Lady Bulldogs salvaged the third set thanks to a late run sparked by Jasmine Nabor’s serving, which gave them a 24-22 lead. Jaja Santiago capped the set with a powerful quick hit.

NU controlled the fourth frame, pushing their 13-11 cushion to an insurmountable 19-13 gap to seal the win.

“It was a good win for us, but it’s not a good performance for us. We’ll take it, but we need to improve,” added Castillo, who has not lost a match since taking over for Roger Gorayeb in the off-season. 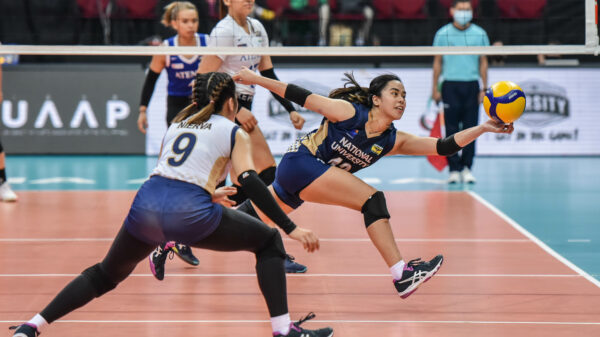