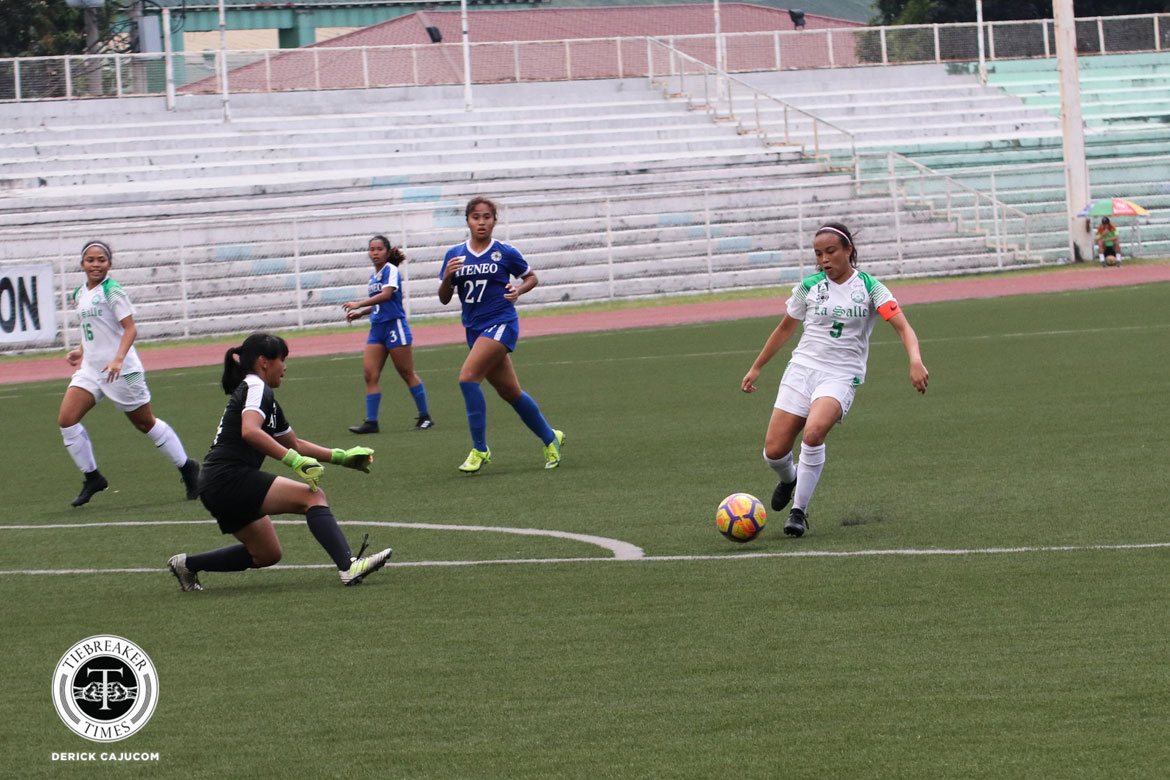 La Salle’s win rules out Ateneo and the UP Lady Maroons as the latter two’s maximum points tally in their remaining games won’t be enough to catch the former and the UST Lady Booters.

The Lady Archers dominated the second half after the goalless first period. Dimaandal proved to be just too strong for the Lady Eagles backline as she raced past it and shot past Ateneo substitute goalkeeper Moira Lim at the 59th minute.

Dimaandal’s goal proved to be what the Taft school needed to raise its game. Nicole Andaya and Dimples Tejada went close to doubling La Salle’s lead only for the post to deny them. Andaya, in particular, was unlucky in front of goal as three chances went begging.

Ultimately it was La Salle’s morning to enjoy as Hans-Peter Smit’s wards won 1-0 against the Lady Eagles. La Salle’s now has 12 points while Ateneo has five points with three and two games left respectively in Season 80’s second round.

“Second round will be a different story. We dominated that (first round) game. Conversion lang talaga yung problem,” said Ocampo when asked about La Salle’s upcoming game versus UST.