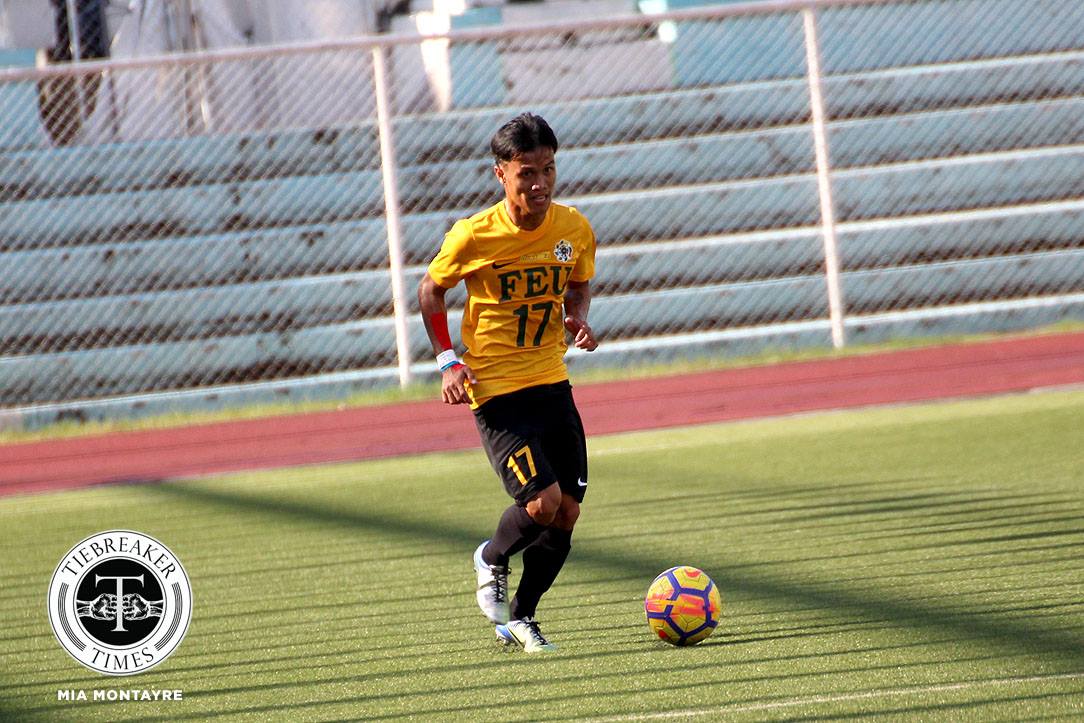 Call it poetic, but graduating senior Nano Amita got the farewell that he wanted, as the Far Eastern University Tamaraws’ 3-2 victory over the Adamson University Soaring Falcons, Thursday afternoon at the Rizal Memorial Stadium.

Despite the deliberate approach of the Season 77 champions, slowly but surely they were able to take the ball into their final third. That is, after they stifled any semblance of build-up from the Falcons.

Nonetheless, the Tamaraws finally broke the deadlock in the 14th minute, as John Salilig found Alcoresa free and the latter fired it into the net past Viray.

That turned out to be FEU’s cue to settle down, but Adamson held the fort in the next few sequences.

It did not take long, however, for Alcoresa to double the lead. Twenty minutes after the first one, the forward once more beat his defenders and slotted one in.

It was pretty much the same story in the second period, as much of the action was played in the Falcons’ half.

Nonetheless, Adamson stood their ground and waited for their own opportunity to score.

It might have been late in the 83rd minute, but with a one-goal difference, it was still anybody’s game. Jusuel Pilarca received a great pass before sending the ball past Dave Parac to take one back.

That goal awakened the Tamaraws as they returned to crisp, short passes before the build-up found graduating forward Nano Amita in the 89th minute. The senior Tamaraw showed his trademark composure and ultimately sealed the win, ending his career with a goal.

Adamson got another back off Jesus Cayadong, but the goal came in added time, where the result was already settled.

Head coach Park No Bae was pleased that they ended the season with a win. “Before the game, I told them to enjoy. Because (the season) is finished, and I don’t want them to go down,” he said.

The Tamaraws finished in seventh place at 13 points, just seven adrift from fourth-placed De La Salle University. The Soaring Falcons ended their season winless and had no points.