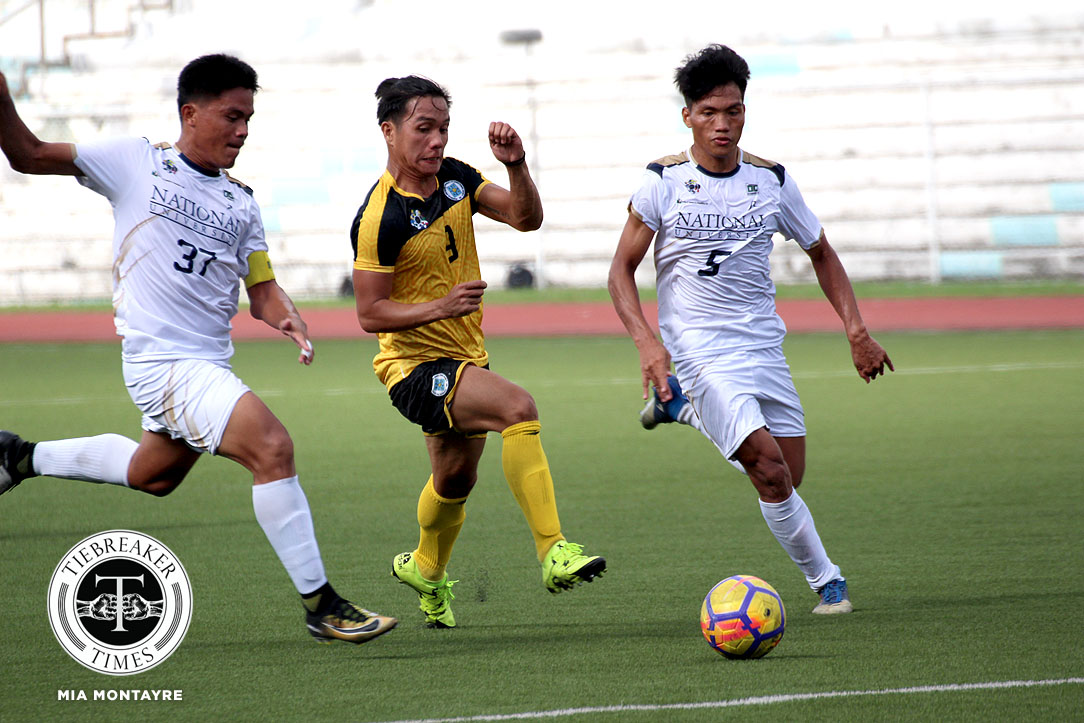 The University of Santo Tomas Golden Booters ended their UAAP Season 80 Men’s Football Tournament elimination round campaign with a 2-0 win over the National University Bulldogs Sunday evening at the Rizal Memorial Stadium in Manila.

UST now ends the elimination round with 25 points and third seed in the Final Four. On the other hand, NU finished its campaign with 16 points at sixth place.

Despite the fact that the contest was essentially a non-bearing one for both sides, the two schools sought to end their elimination round campaigns on a high. The Golden Booters, though, broke the deadlock first when Steven Anotado shot past Bulldogs goalkeeper Chris Perocho at the 28th minute.

The Bulldogs then went close to levelling the scores when winger Sean Epili forced a fine save from Golden Booters goalkeeper Zaldy Abraham Jr. That was as good as it got for NU as UST doubled its lead at the 76th minute thanks to Marvin Bricenio’s long strike.