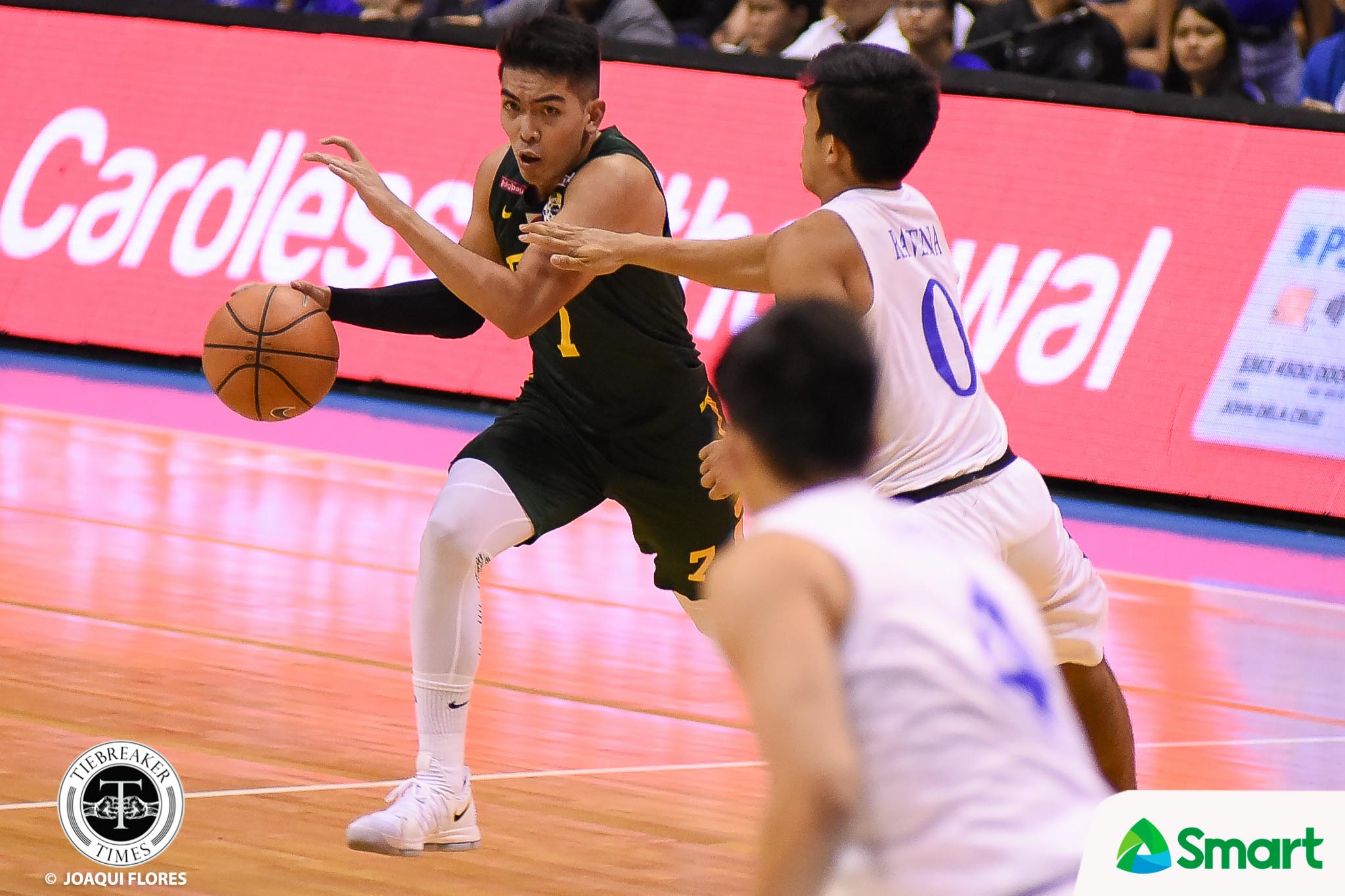 After a come-from-behind 59-70 loss to the Blue Eagles last October 23, the Far Eastern University Tamaraws made sure to contain the Ateneo de Manila University late, taking an 80-67 stunner, Sunday evening at the SMART-Araneta Coliseum in Quezon City.

From being on the brink of an outright Finals berth last Sunday, the Blue Eagles have suffered their second straight defeat and will now face a do-or-die situation come Wednesday, November 22, at the SM Mall of Asia Arena in Pasay City.

“We haven’t done anything yet,” said first-year FEU head coach Olsen Racela, who had played for the Ateneo Blue Eagles back in his collegiate days. “Ang nakuha lang anmin is to take away the twice-to-beat advantage of Ateneo. We’re looking forward to Wednesday’s game and see what we can do to try to stop a really strong team like Ateneo.”

Leading the charge for the Tamaraws were graduating seniors Ron Dennison and Prince Orizu. Dennison, not wanting to end his career with FEU in this game, tallied 17 points, eight rebounds, three assists, and two steals. Orizu added 10 points on a perfect 4-of-4 shooting clip to go along with eight rebounds in just 20 minutes of game time.

Greatly out-rebounded in the first half, 10-19, the Tamaraws worked harder on the boards in the second half, breaking away in the third frame.

The Blue Eagles were able to cut the lead to as low as eight points, 51-59, to start the final frame after a triple by Mike Nieto but the Tamaraws did not let up.

“Yung preparation namin really was before this game, so lahat ng kailangan naming gawin, ginawa namin before this game. We were really confident going into the fourth quarter, that we will finish strong,” said Racela. “Yun ang sinabi ko sa kanila, we have to start strong, sustain the momentum, and finish strong.”

Faster to the ball, the Tamaraws were able to gain a game-high 17-point lead late in the game, 75-58, after a triple by Hubert Cani with 2:45 remaining.

Cani and Arvin Toletino, both former Blue Eagles, finished with 13 and 11 points respectively.

The Tamaraws shot an excellent 49 percent from the field compared to a dismal 36 percent from the Blue Eagles. Moreover, Ateneo were forced to commit 16 turnovers that led to 17 FEU points.