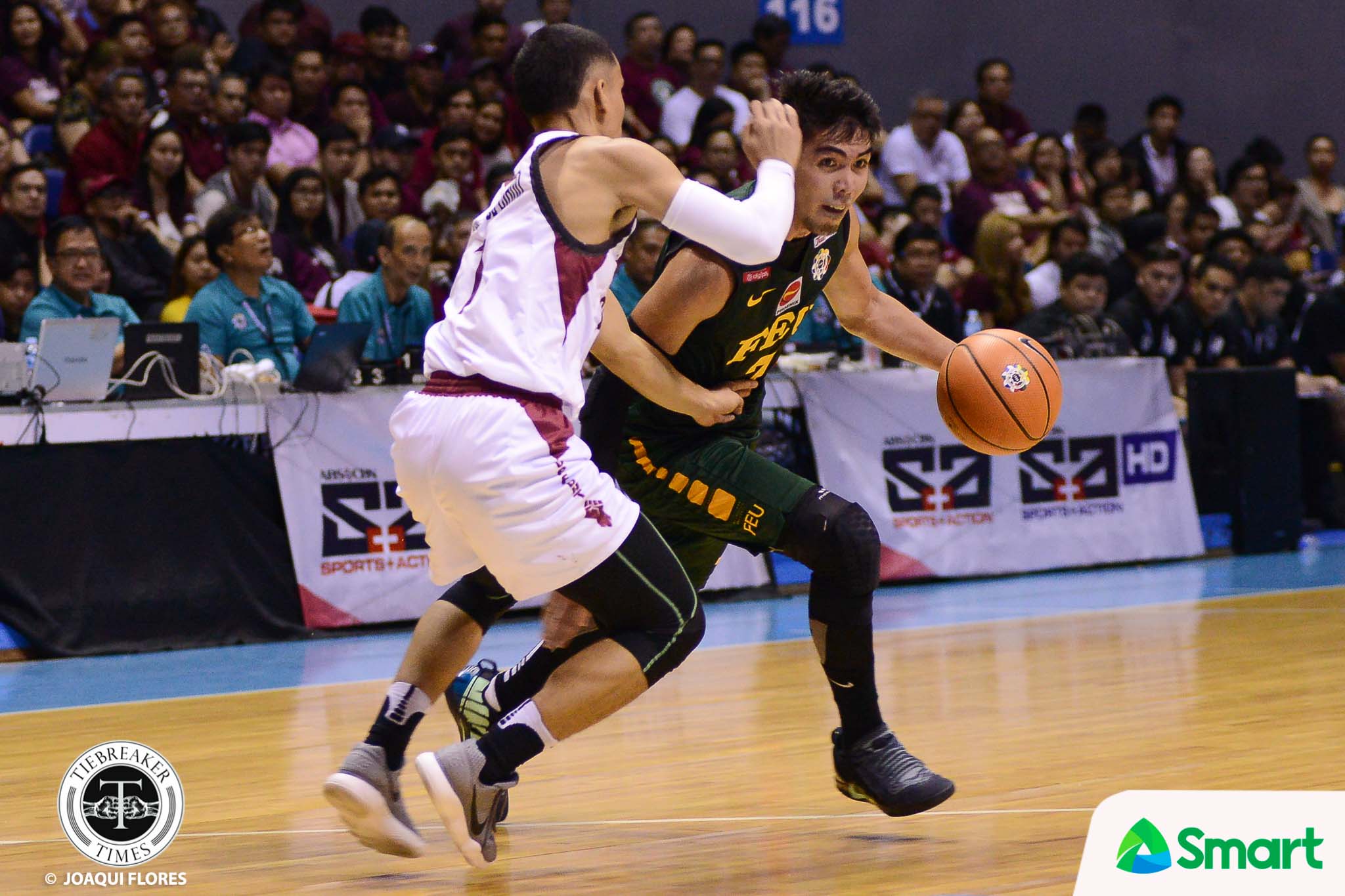 The Far Eastern University, continued their mastery over the University of the Philippines, as the Tamaraws sent the Fighting Maroons back down from cloud nine with a 78-59 win, Sunday afternoon at the SMART-Araneta Coliseum in Quezon City.

Besides lifting their slate to 4-2, good for solo third, FEU extended their winning streak against UP to 12 games. In addition, UP’s two-game winning streak was snapped.

Ron Dennison led FEU once more with 17 points and six boards. But outside of the numbers, the fifth-year guard locked down UP ace Paul Desiderio to just nine points on 4-for-12 shooting, 12 below his season norms.

But UP as a team went on a nightmarish shooting slump early in the game that helped FEU break away.

“It was a defensive game for us. First time namin this year to limit a team to below 60 points. So yun ang focus namin before the start of the game,” shared first year FEU head coach Olsen Racela. “I think timing the[n] na we caught them on an off night. Yung mga napasok nilang shots noong last game against La Salle, hindi pumapasok ngayon.”

Behind Ibrahim Ouattara and rookie Juan Gomez de Liano, the Fighting Maroons were able to slowly chip the lead in the third frame and the early parts of the final quarter. A basket by Ouattara and a three-point play by the younger De Liano with 7:17 left cut the lead to just 10, 48-58.

The Tamaraws answered right back with an 18-1 run, with Dennison and Jasper Parker combining for 12 markers. FEU led by as many as 27 points, 76-49, after five straight points by Parker.

As the dust settled, UP shot a horrid 31 percent from the field, including 4-for-19 from downtown.

Oattara paced UP with 17 points, 13 rebounds, and two blocks.

FEU look to extend their streak on Saturday, October 7, when they face the Adamson University Soaring Falcons at 4:00pm. UP, on the other hand, take on the same team on Wednesday, October 4, at 2:00pm.