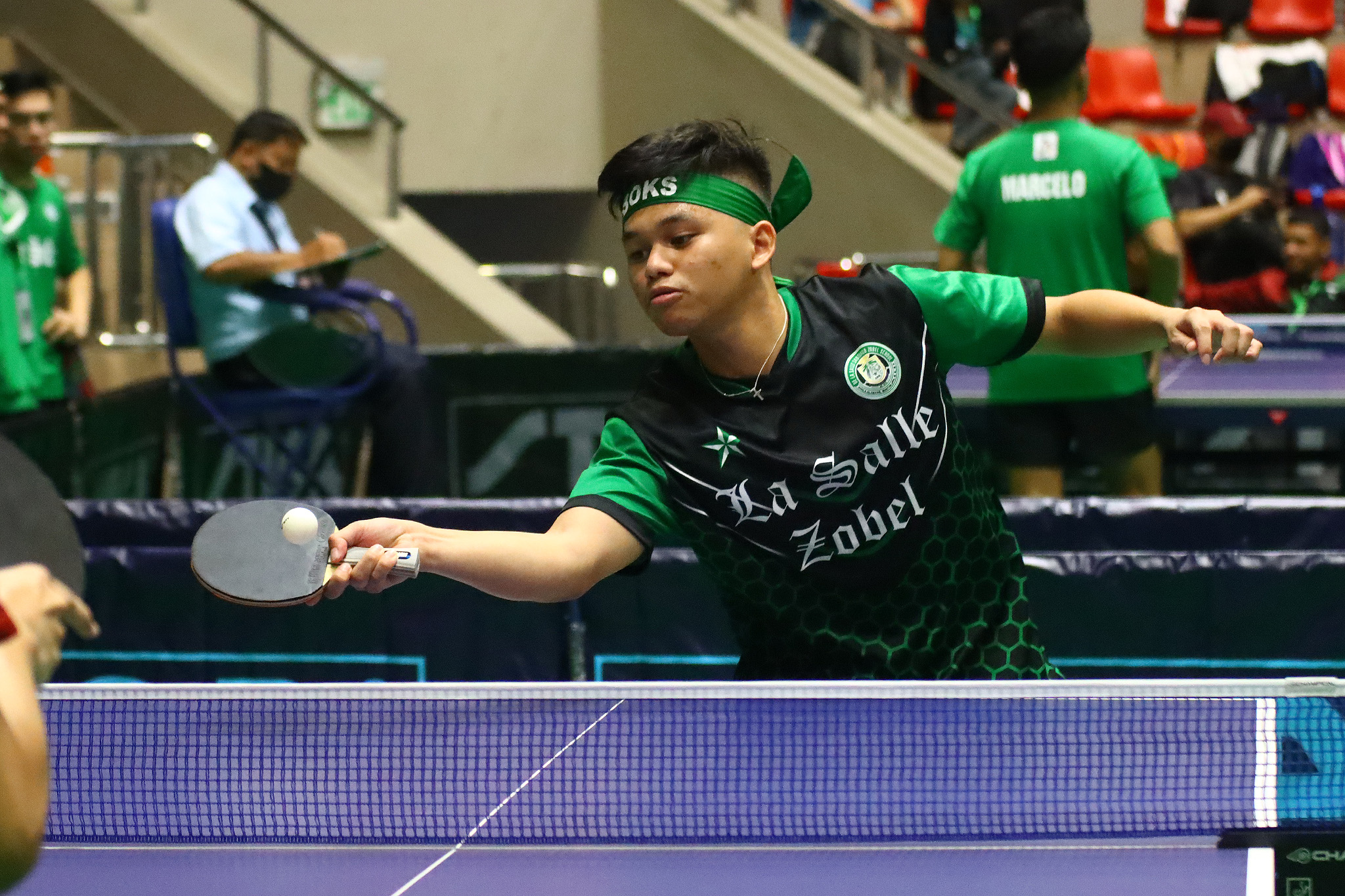 University of Santo Tomas and De La Salle-Santiago Zobel School arranged their Finals showdown in both the boys’ and girls’ divisions of the UAAP Season 85 Table Tennis Tournament, Thursday at the Makati Coliseum.

The Junior Green Paddlers completed the double round Robin sweep at 10-0, including its last tie against the Junior Tiger Paddlers.

Troy Docto completed the 3-1 win and the eventual elims sweep in the third singles match, 11-6, 11-7, 13-11, against Lawrence Melendez in a prelude to the best-of-three championship showdown.

University of the East and Adamson University will battle for the bronze after they ended tied at third place with identical 5-5 win-loss records. The two schools duke it out on Friday.

On the girls’ side, reigning champions Junior Lady Green Paddlers prevented a sweep from UST after taking their last tie at 3-1. 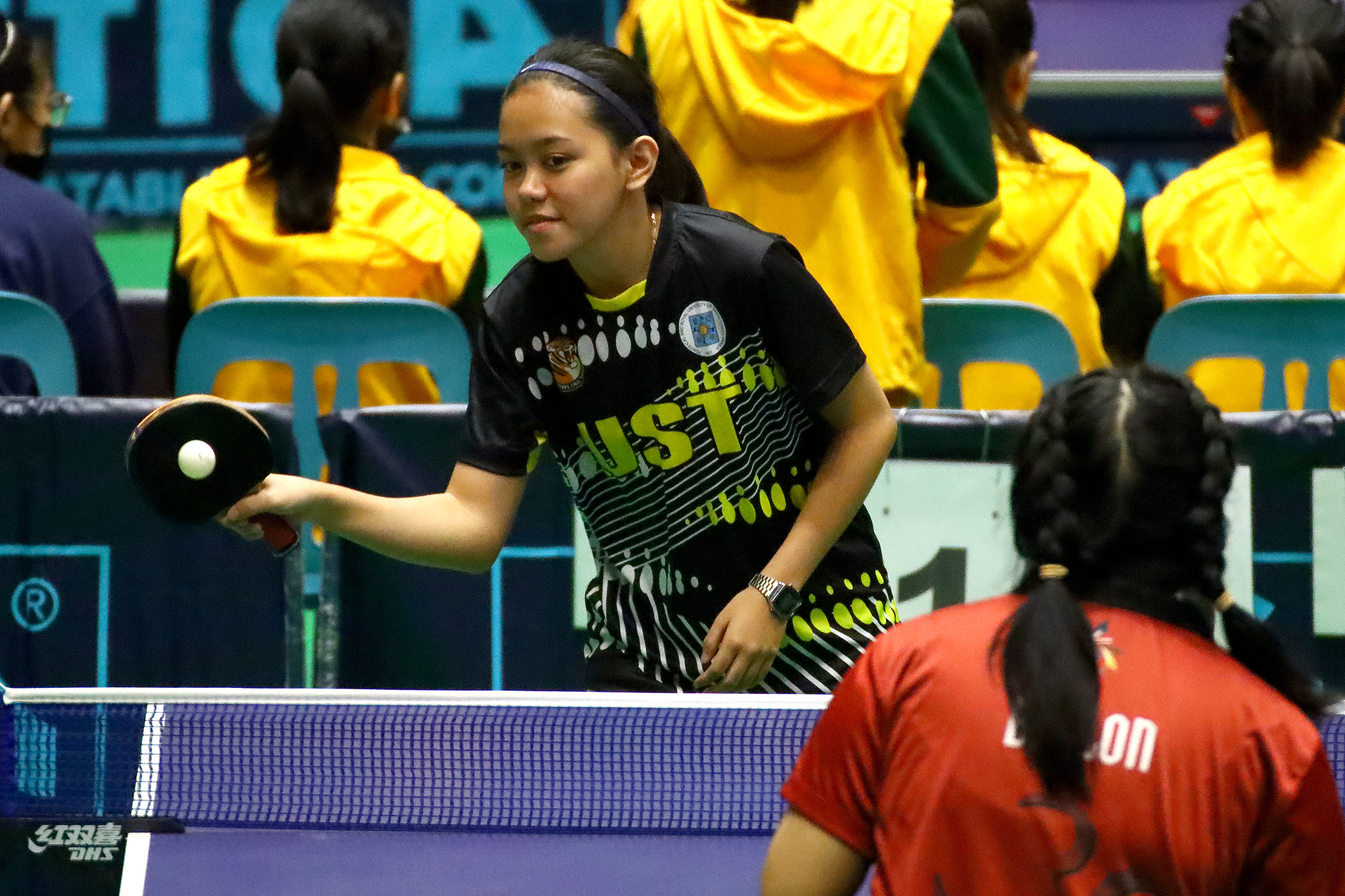 Chrishien Santillan closed it out with an 11-7, 11-5, 6-11, 11-8 conquest of Shaira Gabisay to put the finalists on equal footing at 9-1 heading into the championship round.

Adamson secured the bronze medal in the girls’ division after ending with a 6-4 record, ending with a 3-1 win over University of the Philippines Integrated School.

The best-of-three Finals series is set for Saturday, starting at 8 a.m.