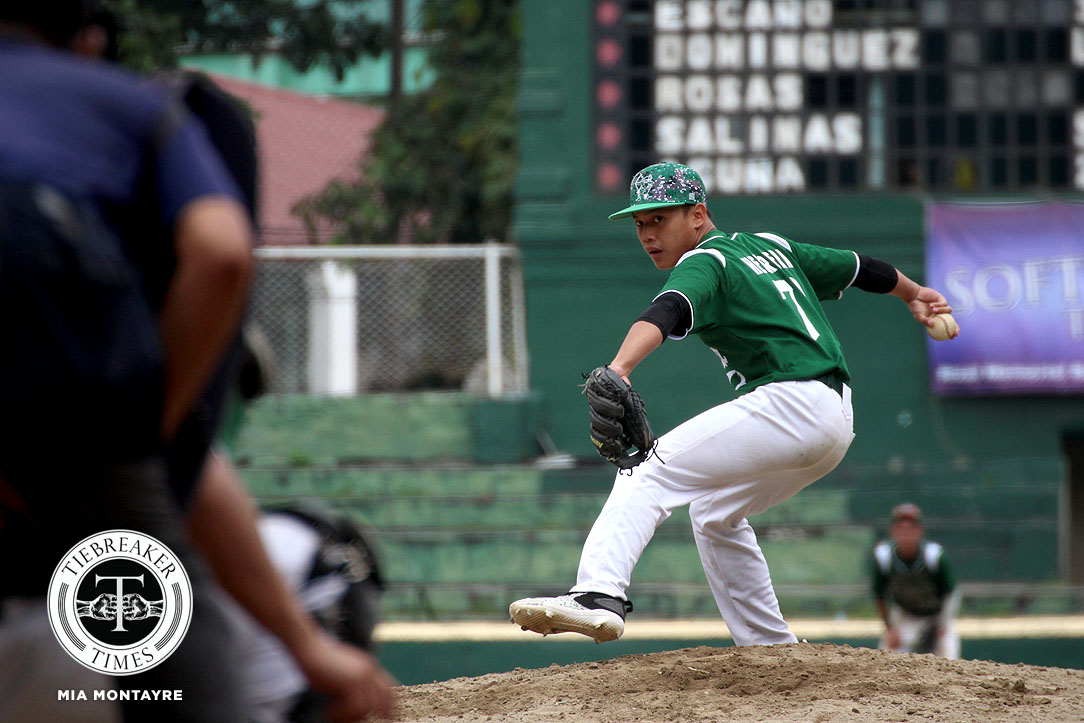 Even if the Bulldogs did not field their usual nine on the field, the De La Salle University Green Batters settled for a 6-0 shutout of the National University, Wednesday afternoon at the Rizal Memorial Baseball Stadium.

Despite this, the Green Batters did not take advantage, connecting just seven times in the contest, which drew the ire of head coach Joseph Orillana. Three of La Salle’s hits came from their strong first inning with doubles from Paolo Salud and Diego Lozano and a single by Kiko Gesmundo.

Fortunately for La Salle, Kiko Gesmundo, who has been having a spectacular season, struck out seven NU batters while allowing just three hits in six innings pitched. Arvin Herrera closed out the contest.

Reigning Most Valuable Player Iggy Escano was the sole bright spot for La Salle on offense, going 3-of-4 at-bat, two doubles and a triple, for two RBIs.

Sheerwin Acta made his first-ever UAAP start for NU.

La Salle will next face the University of Santo Tomas Golden Sox on Sunday, February 25. NU, on the other hand, take on the Ateneo de Manila University Blue Eagles on the same day.