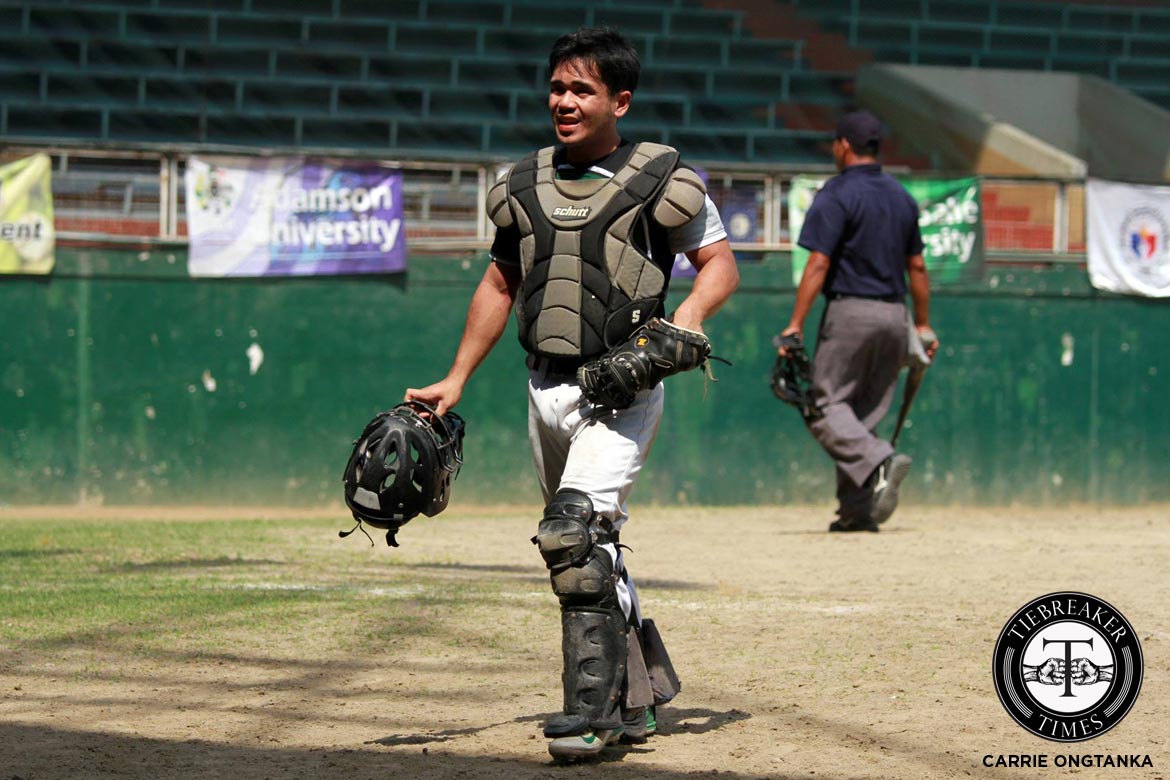 It was not the season they had hoped for, but at least the Green Batters did their part.

The De La Salle University Green Batters staved-off the upset-hungry University of the Philippines Fighting Maroons after rallying back from a 5-2 deficit, taking a 9-5 victory in their season finale, Sunday morning at the Rizal Memorial Baseball Stadium.

La Salle needed a win to keep their Finals hopes alive but UST’s 9-4 win over Ateneo later in the day shattered all their hopes. As a consolation, the Green Batters have locked third place. It will now just depend on the result of the suspended 11th inning game between Adamson and UST on whether La Salle will have co-bronze medalists.

Down 5-3 entering the eighth inning, the Green Batters came alive after connecting just four times prior. Graduating UP reliever Gab Rodriguez was lambasted by La Salle, as they were able to score six runs in the inning.

Providing the spark for the Green Batters was co-captain Paul Naguit. The La Salle catcher played his best game of the tournament, going 2-of-2 at bat. And his surprising bunt during the inning gave the Green Batters two runs that tied the game.

“Sila na yun at pinakita nila kung how much they wanted to win. Tinanong ko sila, lalaban pa ba tayo? Yung UP nothing to lose pero sa amin may bearing pa ito,” Orillana said about the team’s huddle prior to the huge run. “You have to do something and basta maniwala lang sila na kaya nila.”

Lozano closed out the game by fanning out four of the six batters he faced.

La Salle’s pitching staff though struggled to hold UP in the first three innings of the game.

UP was able to connect five times against La Salle ace Boo Barandiaran during that frame, highlighted by a solo home run by Roque Banzon during the second inning. Runs by Paulo Salud and Kiko Gesmundo momentarily gave La Salle the lead during the third inning but UP answered right back with four runs at the bottom end to put UP right back up before the huge eighth inning rally by the Green Batters.

Even though they were not able to defend their crown, Orillana was just proud with the way his team responded when their backs against the wall.