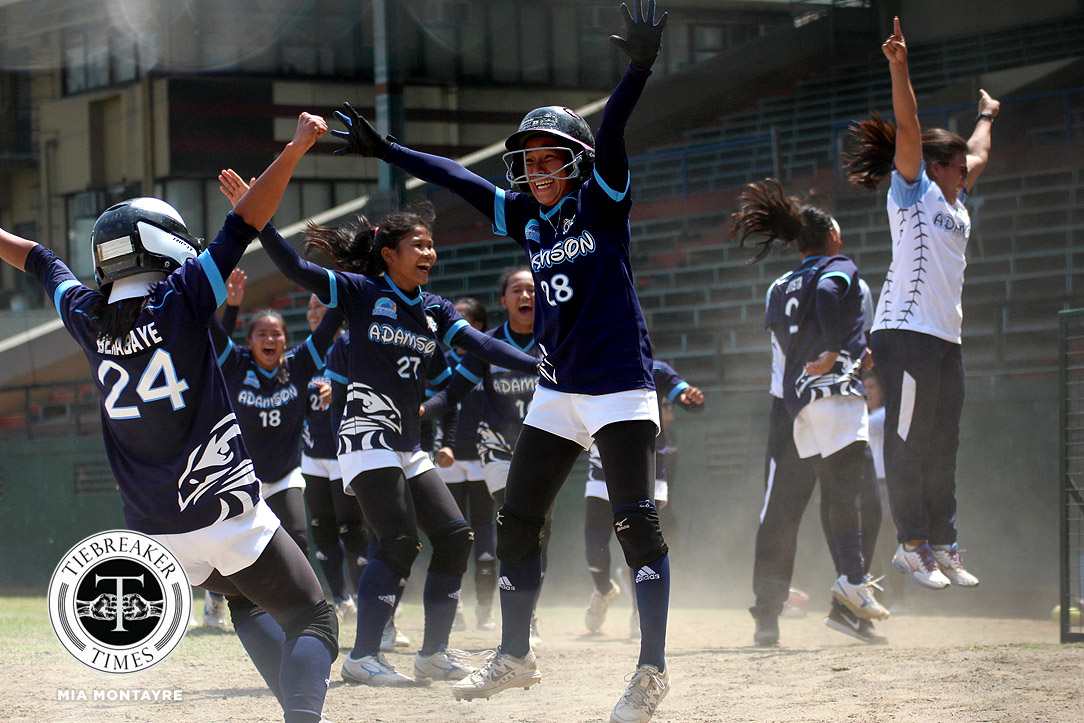 For the last eight years, the Adamson University Lady Falcons have never lost back-to-back games. Faced with a do-or-die situation for the first time, the defending, seven-time champions stepped up, blasting the University of Santo Tomas Tiger Softbelles in the sixth inning to take an 8-5 win, Friday morning at the Rizal Memorial Baseball Stadium.

With the game knotted at 3-all in the sixth inning and the Lady Falcons having two outs, the bottom of Adamson’s order dug deep and stepped up.

Krisha Cantor and skipper Riezel Calumbres connected with a single and a double respectively to gain scoring position. A fielding error by Princess Jumuad in the next play led to the go-ahead run. Then came a flurry by the Lady Falcons. Dely Covarrubias, who had never played the role of lead-off batter for the Lady Falcons in her five-year stay, connected on a single that drove in two runs. A strong single to center field by home run queen Jeanette Rusia paved the way for two more runs.

The Tiger Softbelles tried a late-game hijack, as a two-out double to left field by Hannah dela Torre brought home two runners in the seventh inning. But Lyca Basa and the Adamson fielders were able to close out the game.

Basa surrendered just four hits in a no-relief outing. Antolihao, on the other hand, gave up a season-high 11 hits.

The winner-take-all affair will take place on Tuesday, March 20, at 9:00am.