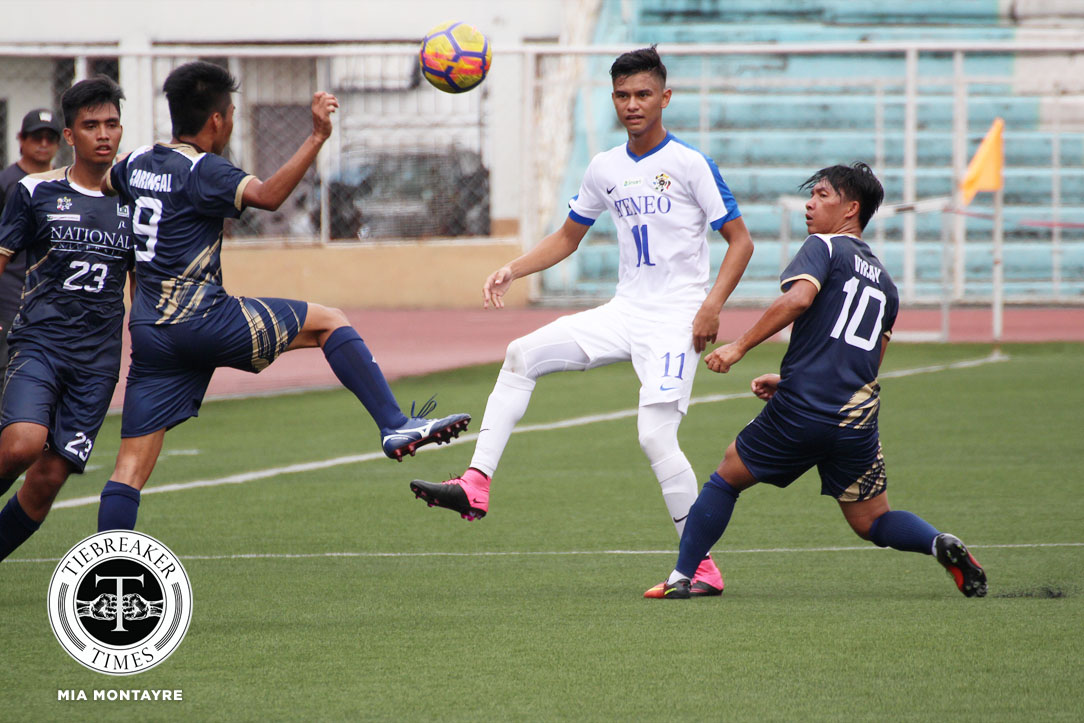 Jarvey Gayoso celebrated his 21st birthday in the best way possible, as he provided two assists and one goal to help the Ateneo de Manila University Blue Eagles to a 3-1 victory over the National University Bulldogs, Sunday morning at the Rizal Memorial Stadium in Manila.

Ateneo bucked a slow start in which NU opened the scoring in the 6th minute. Jekar Sullano scored one of the goals of the season when he unleashed a screamer that left Blue Eagles goalie Jae Arcilla frozen.

The Blue Eagles took a while to respond to the setback, but when they did, they did so in quick fashion. Gayoso provided his first assist when his cross was turned in by Rupert Bana in the 31st minute, and the Season 79 MVP dribbled past the Bulldogs defense for his first goal of the season a minute later.

Ateneo were in cruise control after they got the lead, and all three points were sealed in the 52nd minute when Jeremiah Rocha headed in Gayoso’s corner kick to give the Blue Eagles a 3-1 cushion.

“I’m very satisfied with the way that I played. It’s a very special day for me and I wanted it to be extremely special by giving a good performance today,” said Gayoso after the Blue Eagles’ win.

“I think it’s uplifting that we were able to bounce back from that loss against UP. We still have a lot of mistakes in this game and we’re learning from it. The goals that were given to us, it’s just a reminder that we can perform better,” added the Ateneo High School alumnus.

Ateneo will look to build on this win against archrivals De La Salle University at 4:00 PM, while NU will try to give the University of Santo Tomas their first loss at 2:00 PM. Rizal Memorial will host both games on February 15.

Jackson Acuna, UST hold off UP for second win