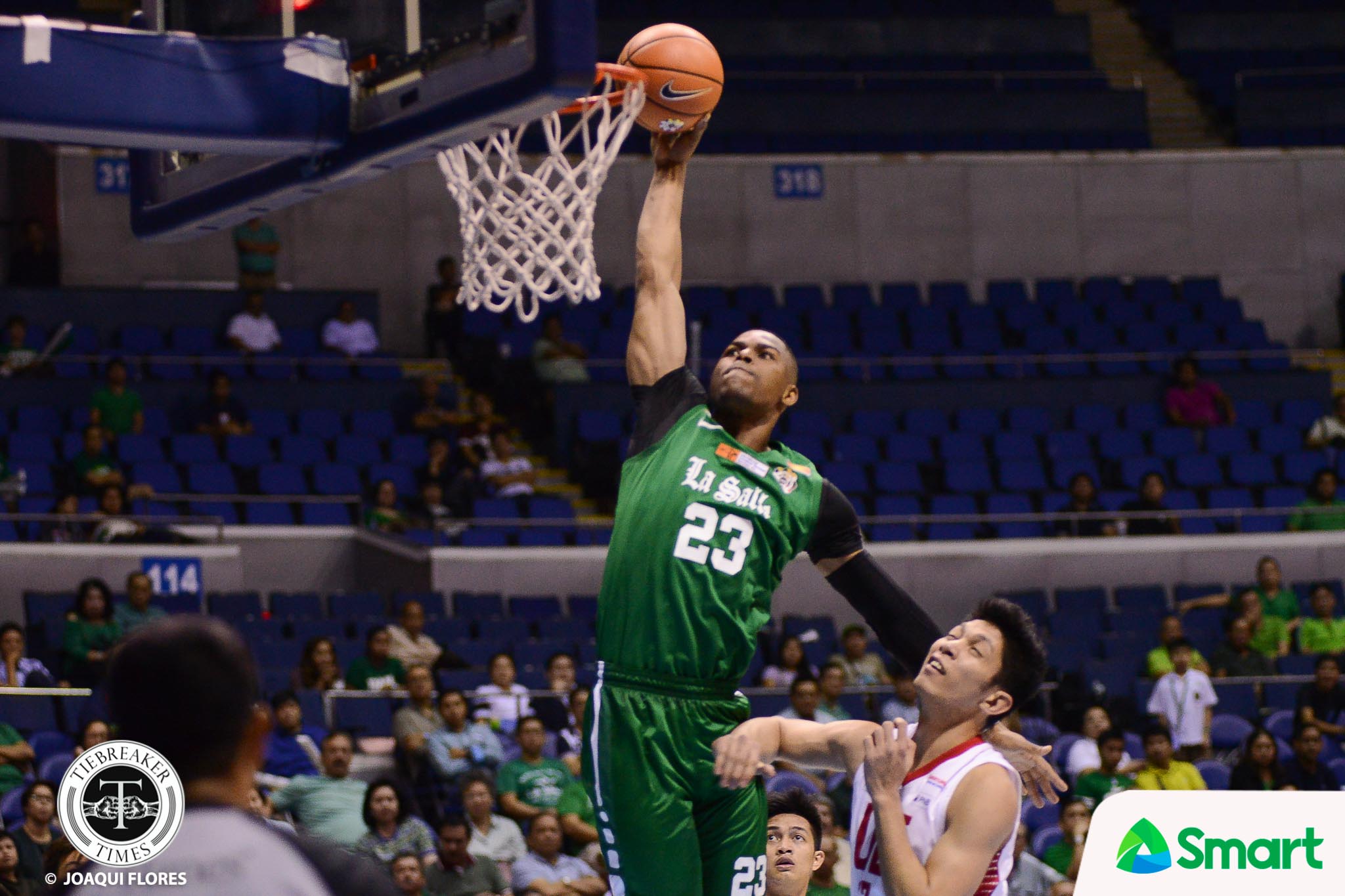 As expected, the De La Salle University Green Archers were able to impose their will on the University of the East Red Warriors, 106-100, to pick up their second straight win, Wednesday night at the SMART-Araneta Coliseum in Quezon City.

The win helps La Salle retain solo second with a 5-1 record, while UE dropp to 0-6, tied with the UST Growling Tigers.

But the shootout that happened between reigning Most Valuable Player Ben Mbala and UE ace Alvin Pasaol was certainly unexpected.

Mbala reset his career-high for the third time this season, scoring a career-high 39 points on 10-for-12 shooting from the field, 19-for-20 from the foul stripe. He added 15 rebounds, two assists, and two blocks to his tally.

And the Cameroonian student-athlete had already tallied 33 points during the first three quarters of the game to help La Salle gain control of the game.

“Well for the 36 minutes of the game we played really good except for the last four minutes. Siguro factor na rin na we were up by 25 points, so medyo nag-relax kami doon,” said La Salle assistant coach Miggy Solitaria, who for the second straight game sat in the post-game in lieu of head coach Aldin Ayo.

Seeing this, Pasaol and Philip Manalang charged the La Salle defense at will, giving the Green Archers something to worry about.

Pasaol was able to tie Jeff Napa’s 43-point record set in 2002 after a triple that cut the La Salle lead to 16 with 2:25 left. The Davao native was then able to break the record 15 seconds later with a strong drive.

His final point came from a split on the stripe with 55.5 ticks left before being subbed out with three seconds remaining.

“He was just in the zone, he played very well, he was able to lead his team. I feel like we didn’t do a good job in stopping him,” shared Mbala.

Pasaol finished the game with 49 points, including scoring 17 of UE’s 18. He also grabbed eight rebounds.

For La Salle, Abu Tratter also tallied his career-high with 24 points on 9-for-14 shooting to go along with 10 rebounds, while Caracut chipped in 11 markers.

La Salle will next face arch-rivals Ateneo de Manila University Blue Eagles on Sunday, October 8, at 4:00pm. UE will battle the University of Santo Tomas Growling Tigers on Saturday, October 7, at 2:00pm. Both games will be played at the SM Mall of Asia Arena in Pasay City.

READ  It's official! Batum suiting up for France in Manila OQT