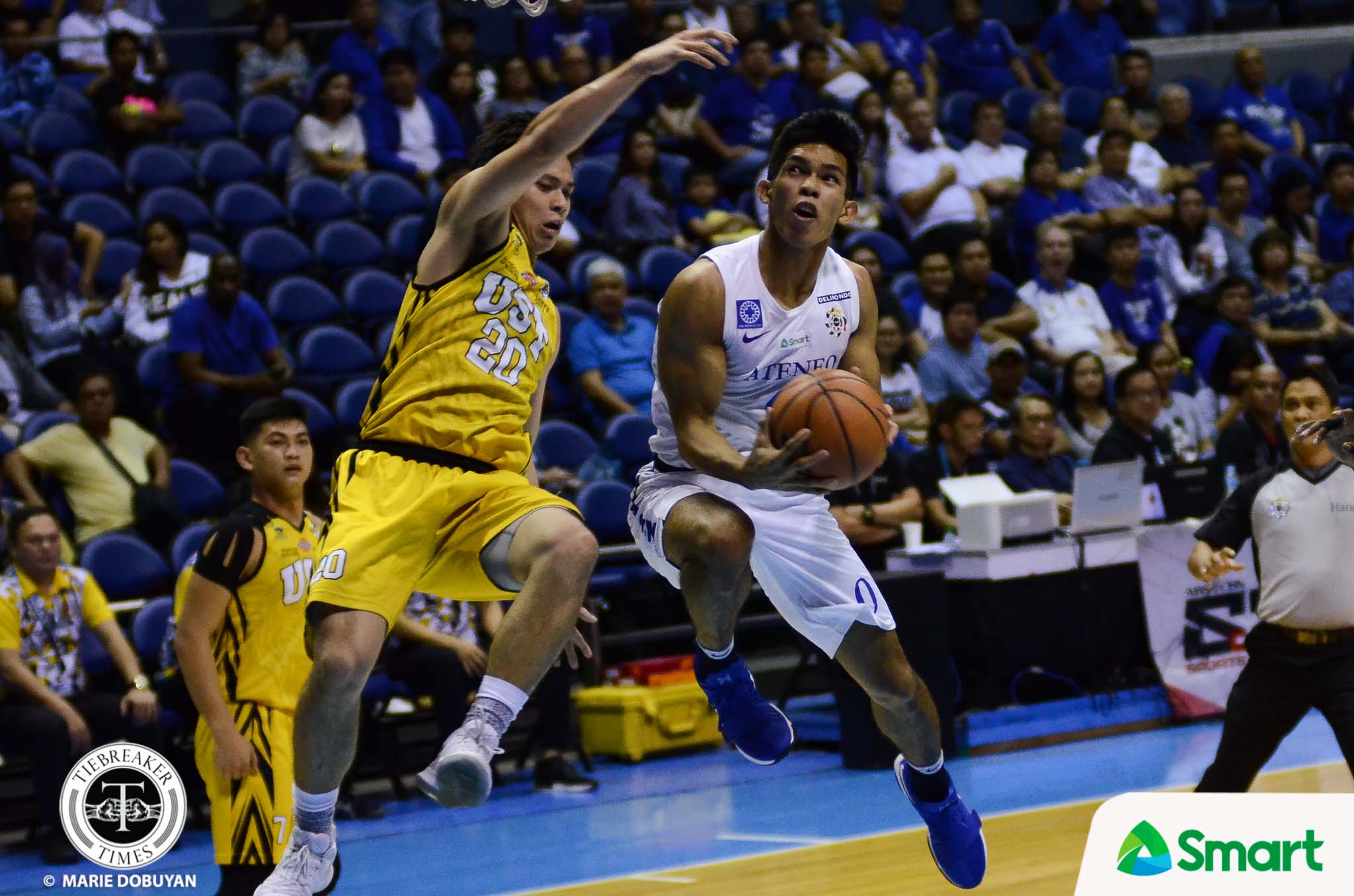 The win is Ateneo’s 12th straight and is a huge step up from their 94-84 win against the same team last September 27.

“I think last week coach Tab [Baldwin] mentioned that we should focus on UST. We expected that they’d give it their best no matter the situation in the standings,” said Ateneo assistant coach Sandy Arespacochaga.

Thirdy Ravena powered the Blue Eagles with a huge all-around outing with 20 points, eight rebounds, seven assists, and two steals. Moreover, the 6-foot-2 forward provided arguably the dunk of the year late in the game.

With 2:20 left and Ateneo up 90-77, Anton Asistio missed a corner triple. Chibueze Ikeh was able to grab the offensive board and saw a driving Ravena. Ravena then threw down a powerful, one-handed jam over Regie Boy Basibas.

“Our offense is good, we had a lot of ball movement, a lot of assists, we found our cutters and shooters,” beamed Arespacochaga.

UST though was able to cut a once 12-point first half lead down to just three, 80-77, after an Oliver de Guzman basket with 5:51 left in the game. The Growling Tigers run was fast but the Blue Eagles were able to get their bearings back just as quickly.

De Guzman paced UST with 19 points while Jordan Sta. Ana and Steve Akomo chipped in 12 markers each. Jeepy Faundo finished with a double-double with 11 points and 12 rebounds.

Ateneo plays its penultimate game of the round when it takes on neighbors UP Fighting Maroons on Wednesday, November 8 at 4:00pm. UST, on the other hand, looks to avoid a season sweep when it faces the UE Red Warriors on Sunday, November 12 at 12:00pm.