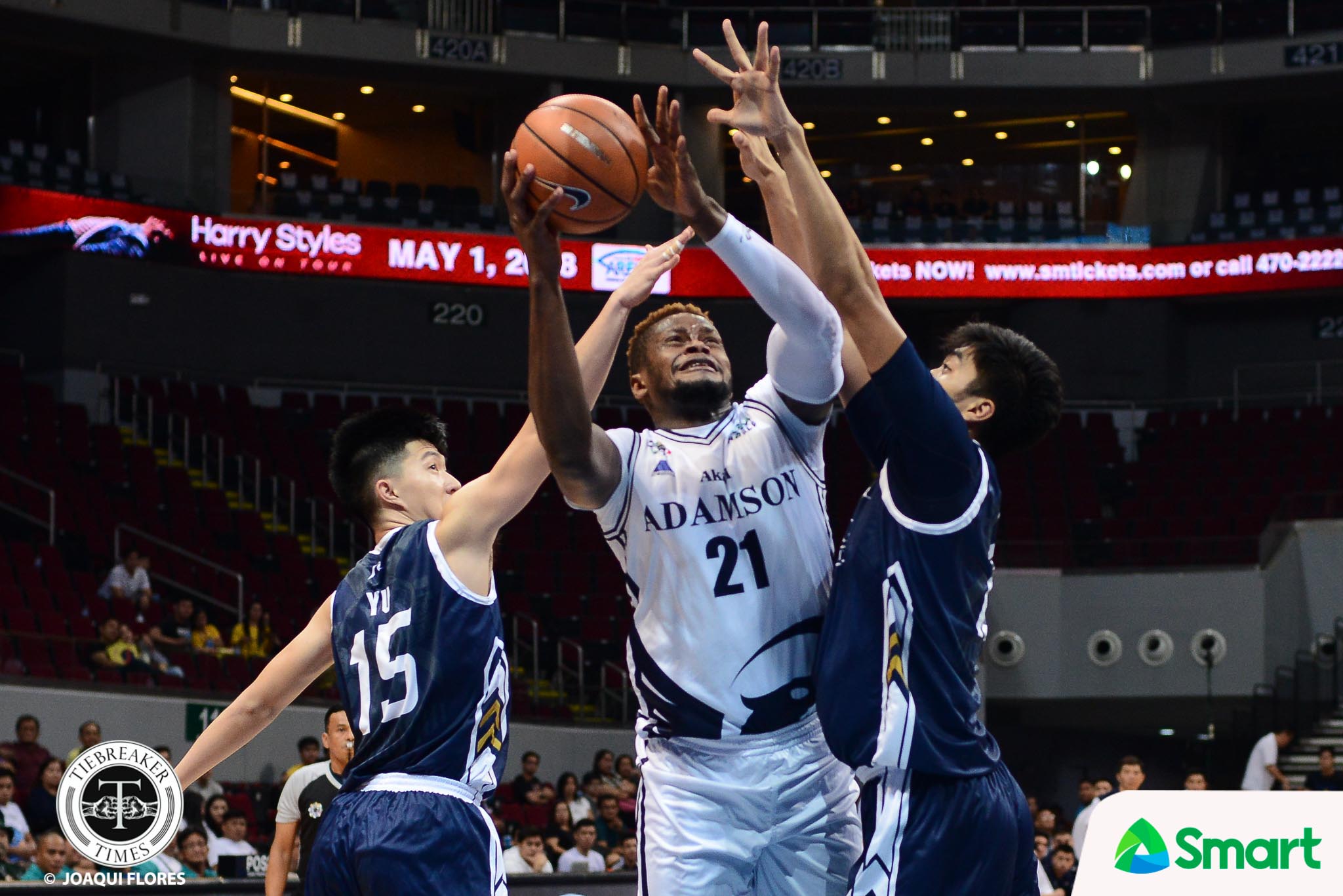 With only one playoff incentive remaining, the Adamson University Soaring Falcons continue to take what they can control, trouncing the National University Bulldogs, 90-77, to pick up their third straight win.

Adamson improved to an 8-4 slate, still two games behind second-running La Salle, while dropping the Bulldogs to 4-7.

The Soaring Falcons showed their lethal form right from the get-go, blitzing the Bulldogs with a strong 21-5 start.

“People will tend to notice the shooting, but we just have to look at the bigger picture. We got those open shots because we created some stops, we created some turnovers, and like what I’ve been stressing, I think for us to be successful in this season, is we have to put more emphasis on defense,” added Pumaren, who is the maestro of the dreaded “nightmare” press.

In the first half alone, Jerrick Ahanmisi, Jonathan Espeleta, and Robbie Manalang combined for 33 first half points, two shy of NU’s 35-point total. Adamson led by as much as 28 points in the third frame.

Espeleta finished with 16 points to go along with five rebounds, three assists, two steals, and a block while Manalang added 14 points off the bench. Moreover, Adamson shot a torrid 13-for-26 from downtown.

“Well, that’s fifty percent, that’s quite high,” beamed Pumaren, “It’s been a while since we shot that way. Hopefully, we can sustain it in the next two games. It’s important that we always set the tone from the beginning.”

Behind the backcourt tandem of J-Jay Alejandro and Rev Diputado, the Bulldogs pulled with in nine points late in the contest, 77-86, but Ahanmisi and Jerie Pingoy made sure to buck their rally with game-sealing free throws.

Ahanmisi finished with 16 points as well, spiked by four triples. While his teammates controlled the perimeter, Papi Sarr took care of business underneath with 14 points and 12 rebounds.

NU was without Matt Salem from the contest as he suffering from a battle with dengue fever.

Alejandro finished with a double-double for the Bulldogs with 18 points on 16 attempts and 10 rebounds while Diputado had 14 markers off the bench. Issa Gaye played just 15 minutes for two points.

Adamson will next face the UP Fighting Maroons on Sunday, November 5 at 4:00pm. NU, on the other hand, takes on the DLSU Green Archers on Saturday, November 4 at 4:00pm. Both games will be played at the SMART-Araneta Coliseum. Shaun Ildefonso is one step closer to achieving his pro dreams. The 6-foot-2 bruising winger has submitted his draft application form to the Philippine... 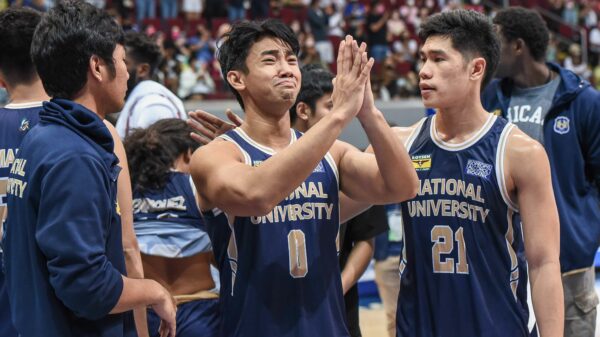 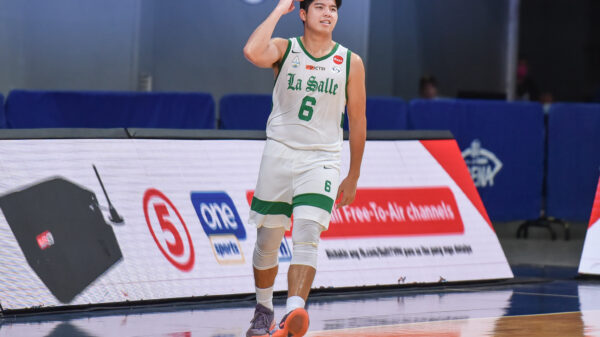 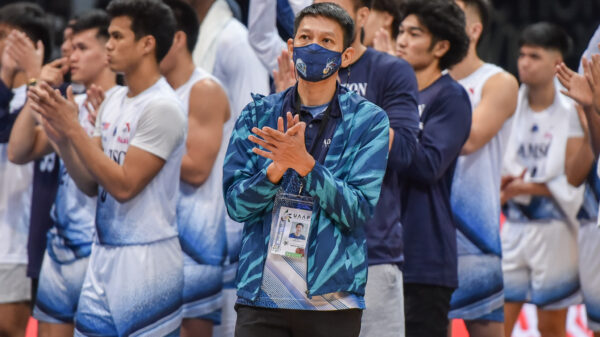 Nash leaves Adamson’s playoff chance to fate: ‘We don’t pray for others to lose’

In the first season of the Nash Racela era in Adamson University, the Soaring Falcons finish the elimination round with a 6-8 record –... 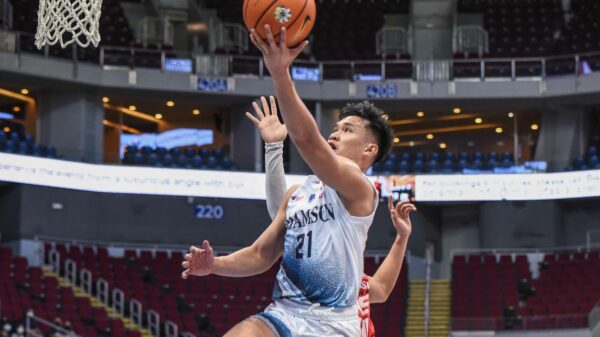 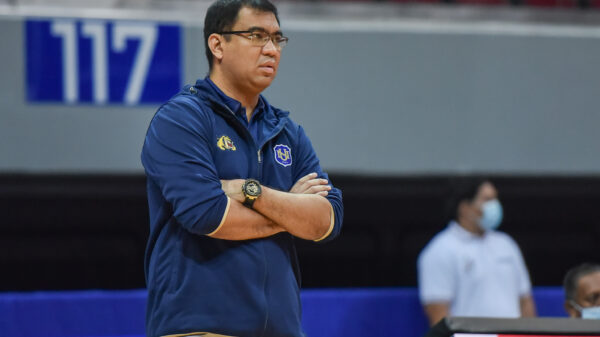 Napa, NU treasure being in Final Four race at this point of UAAP 84

The playoff hopes of National University are still hanging in the balance heading to the final day of eliminations of UAAP Season 84.  Looking... 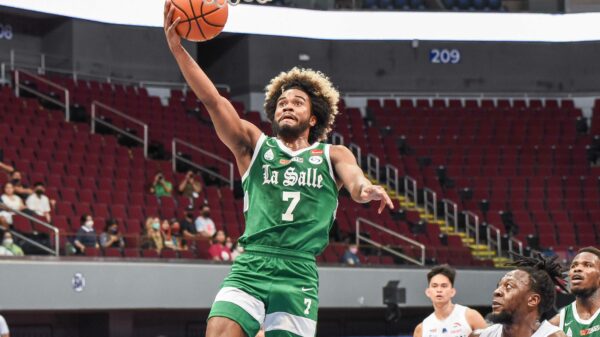