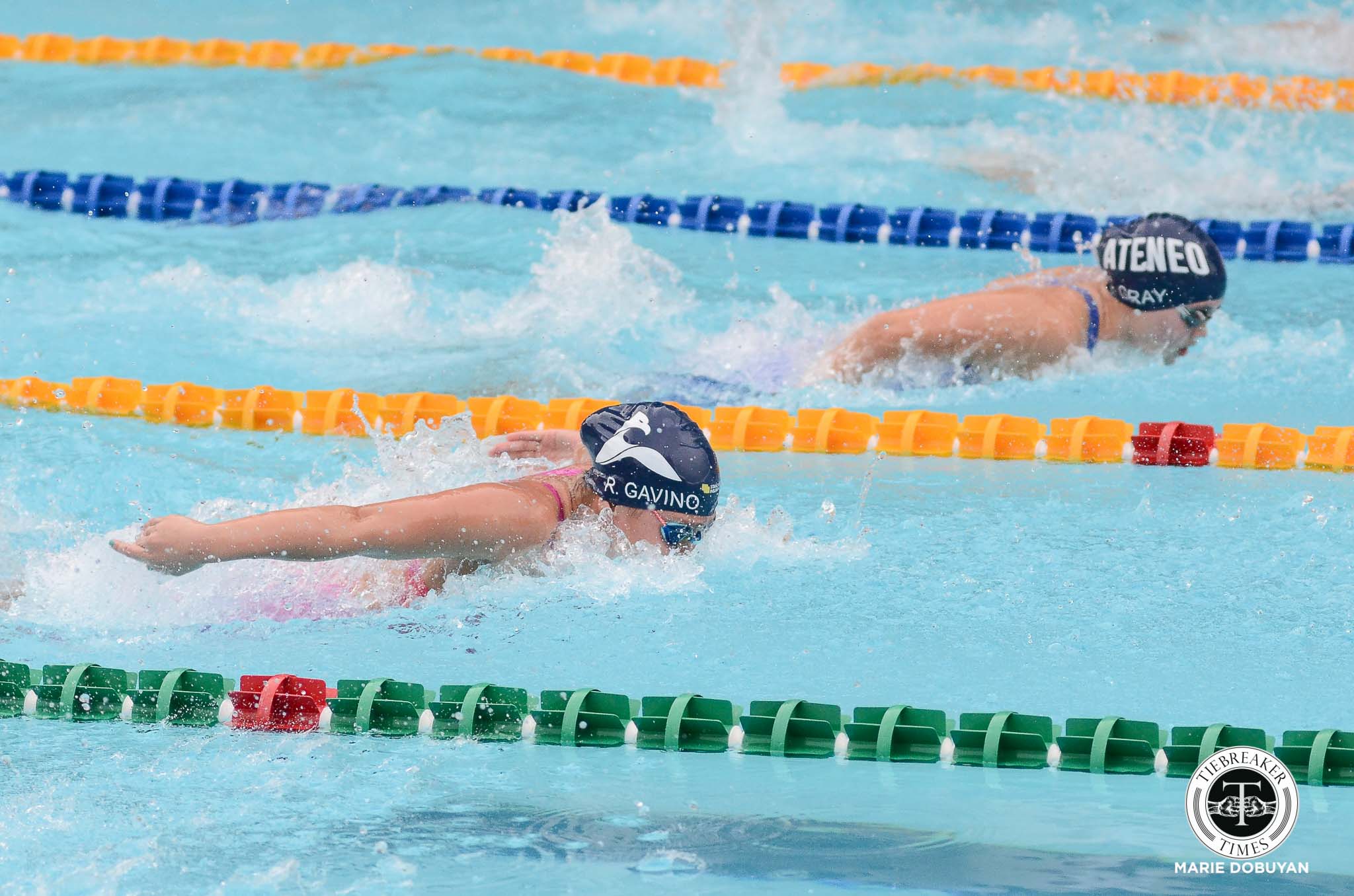 Not only did the Ateneo de Manila University Lady Eagles survive the longest and most gruesome day of the 80th UAAP Swimming Championships, but they also managed to stretch their lead to 29 points amidst a furious rally by the University of the Philippines Lady Maroons.

Rookie of the Year and Most Valuable Player frontrunner Chloe Daos of Ateneo added another two gold medals to hike her tally to five gold medals and one silver medal, for a running total of 87 points. Daos ruled the 200m Freestyle in 2:10.63 ahead of teammate Andrea Ngui, who finished in 2:12.03, and Jaja Cordero of UP, who clocked 2:14.20. The same three swimmers ended in the same order for the 50m Butterfly with Daos’ 29.84, Ngui’s 30.07, and Cordero’s 30.08.

Ateneo’s other rookie Courtney Gray collected her second gold medal in the 100m Backstroke by registering a time of 1:07.52 to narrowly beat teammate Ariana Herranz (1:08.07). DLSU’s Dara Evangelista took the bronze in 1:10.14.

Heading into the final day of action, the Lady Eagles are not in the clear yet, as they expect the Lady Maroons to fight for the championship till the last event.