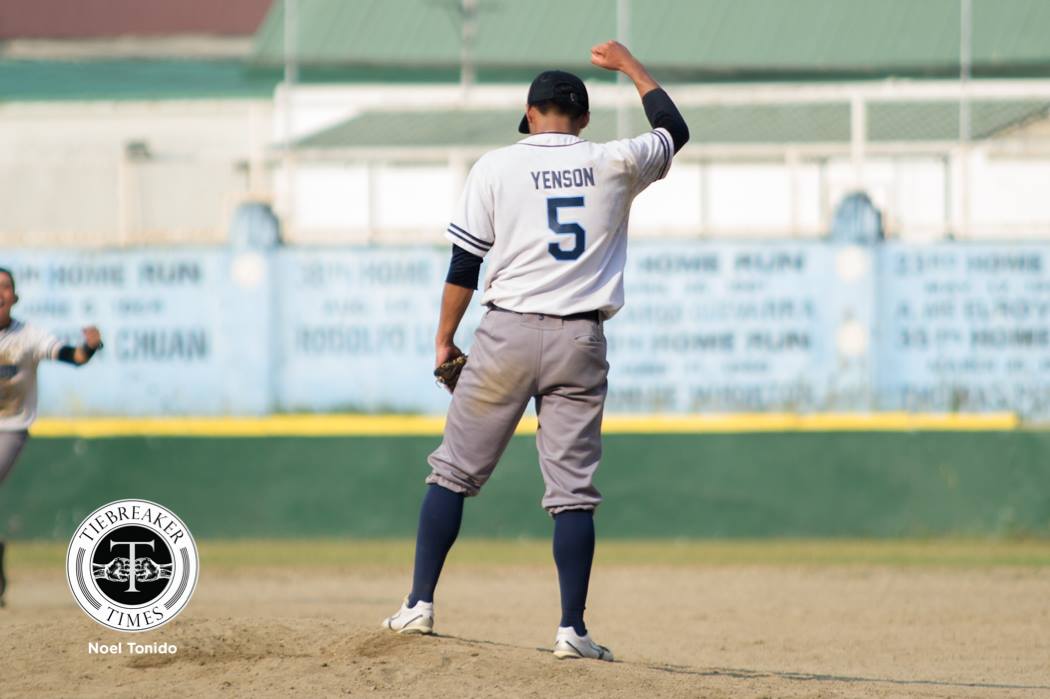 The Adamson University Softball Team has been the crown jewel of the school’s sporting program for the last eight years. Now, it’s the Baseball Team’s turn to share in the limelight.

Though not as masterful as their Game One win, it was equally as impressive.

Needing to win this one to send the series to a winner-take-all bout, the top-seeded Green Batters stormed to a two-run opening inning, and followed it up with a walk of Kiko Gesmundo and a double by Boo Barandiaran in the third inning against Lexter Carandang.

That’s when Jerome Yenson took over the mound. Though Iggy Escano and Gelo Tantuico were able to connect against the season’s best pitcher for three runs, it was the last time they could spark a rally.

Diego Lozano faltered at the bottom end of the inning, as the Soaring Falcons were able to slice the deficit to just one run.

The Adamson storm continued in the fourth inning. With the bases loaded and one out, Yenson popped a sac fly to center field for the tying run. Kyle Villafana then connected with a ground-rule double to bring in two more runs to gain the lead for good.

Adamson would punch in two runs in the fifth inning and four more in the sixth inning, as La Salle’s fielding panicked, while Herrera collapsed under the pressure. On the other end, Yenson was spectacular, allowing just one run the rest of the way.

The 21-year-old ace of Orlando, Binarao also went 3-of-5 at-bat to finish with 3 RBIs and 2 runs. And what a fitting end it was, as he was able to secure the final strikeout to seal the championship

This is Adamson’s 12th baseball crown.

Prince Orizu called up by Nigeria for Commonwealth Games